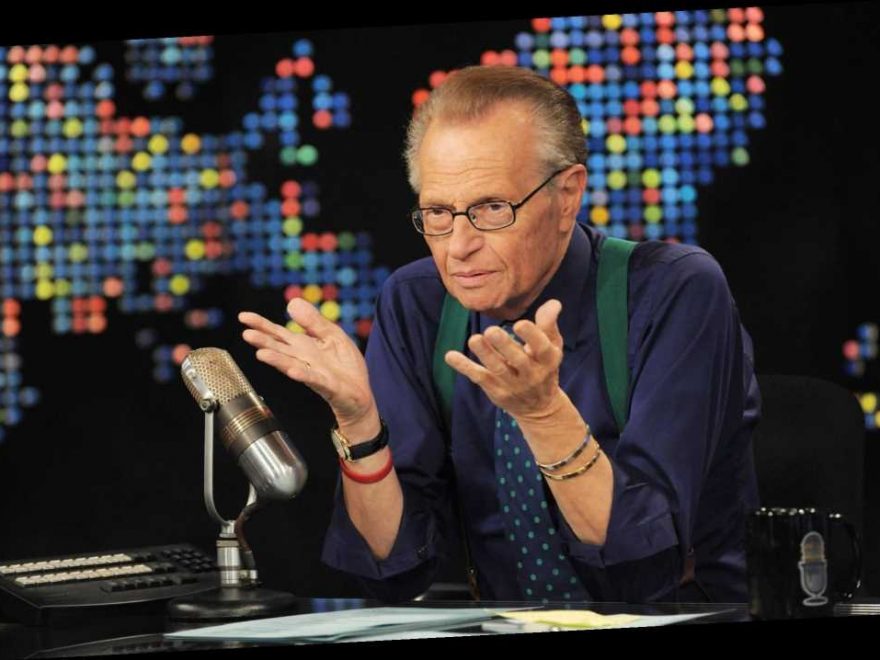 Legendary broadcaster Larry King died on Jan. 23 at age 87, leaving behind a legacy that includes, by his count, 40,000 interviews over his 60-year career.

From his beginnings on local radio in Miami to his popular CNN series Larry King Live and beyond, King sat across the table from nearly every politician, Hollywood star and major author. Here, 10 of his most iconic interviews:

"As a kid, I'd stand at the New York Paramount and wait in line to see him," King recalled during an event at the Newseum in Washington, D.C., in 2015. "I think he was the greatest singer of my time. He did not do interviews. Jackie Gleason was a friend of mine … and got him for me. He did a three-hour interview with me, owing Gleason a favor."

King's show grew in importance that February when businessman Perot visited the show and said if people "want to register me in 50 states" as a candidate for president, it would be fine with him, PEOPLE recalled in '92 when naming King one of the most intriguing people of the year. Nearly 18 months later, Perot came back to the program with vice president Al Gore, where the two talked NAFTA in a highly contentious debate. More than 16 million people tuned in.

King interviewed many sitting presidents, beginning with Richard Nixon. But Clinton stood out to him, he said at the 2015 Newseum event. "Only because of how articulate he was and how knowledgeable he was about the world," King said. "He knew the vice president of Zimbabwe. But all the presidents have been interesting … you realize they all put their pants on one leg at a time."

Entertainment Weekly describes King's at-home interview of Brando as "not a great interview, more of a televised meet-cute." It covered the screen icon's career and ended with the two men sharing a kiss.

In another misstep — and true to his belief in not preparing for interviews — King didn't realize what a hit Seinfeld was when talking to star Jerry Seinfeld in 2007, asking if the show had been canceled. "You're not aware of this? You think I got canceled?" the actor asked. "You're under the impression that I got canceled? That was the No. 1 show on television, Larry. Do you know who I am?"

Messner, a former televangelist once married to disgraced televangelist Jim Bakker, appeared on Larry King Live multiple times, but it was her 2007 chat that was the toughest, with the singer announcing she was down to 65 lbs. and couldn't swallow food due to her latest bout of cancer. She died the next morning. "Anyone who saw her on our show this week knew that she didn't have long," King said of the 65-year-old when sharing news of her death. In their sit-down, Ali told King he often put people on "simply to sell tickets to his fights," PEOPLE reported in 1980. "He talked like this for 10 minutes," King recalled, "and then I asked him a question. Suddenly his eyes turned menacing and he lifted his hand at me. I ducked away and he could tell I was scared. Then he laughed. `Aren't you dumb,' he said. `I just got through telling you how I put people on and you fall for it.' "

On his official website, King namechecked Gaga, whom he interviewed in 2010. In their wide-ranging chat — which touched on everything from her career and health to support of the LGBTQ community and comparisons to Madonna — Gaga called the interviewer "King Larry," and even wore an outfit that mimicked his.

King interviewed the controversial Russian Prime Minister twice, once early in his political career and again 10 years later, when The New Yorker described him as tougher and more polished. "He has learned how to answer only his own questions while pretending that he is giving it to you — or Larry — straight," they wrote.