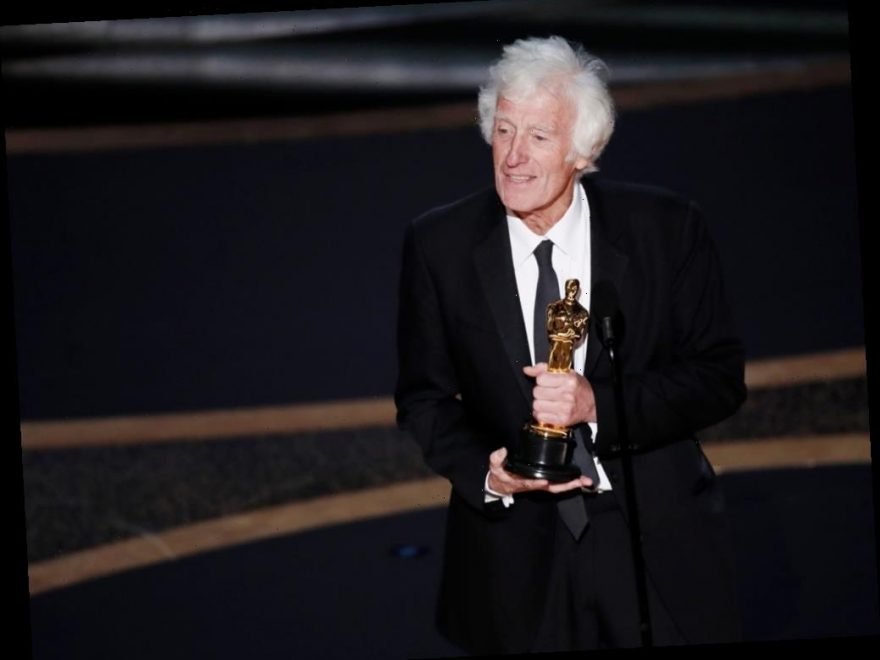 Cinematographer Roger Deakins made it two-in-a-row tonight, winning his second consecutive Oscar for the one-shot World War I film 1917. This was Deakins’ 14th nomination and second career win. He took home the statuette last year for Blade Runner 2049.

Deakins thanked his fellow nominees, his wife, and crew, and a special thank you to director-writer Sam Mendes.

“This belongs to a lot of people that worked on this movie,” Deakins said during his acceptance speech. “It belongs to my wife, James, who worked on it with me. It belongs to my assistant and focus puller, Andy Harris, who is somewhere up there, who is the pinball wizard of focus pulling. And you’ll never know what he does, because he only notices it when he makes a mistake and he never does. It’s to Peter Cavaciuti and Charlie Rizek, our two fantastic operators. It’s to Gary Hymns and a great crew, and John Higgins, “Biggles,” who’s been my friend for about thirty-odd years, who is our gaffer. So it’s to them and all their wonderful team. And I think they would all want me to say: thank you, Sam Mendes, for a most wonderful experience. Thank you, we’ll never forget it.” You can watch the entire speech above.

Deakins won the marquee Theatrical Release trophy from the American Society of Cinematographers at the ACS Awards last month for 1917, becoming the 15th ACS Award winner to go on and win the Oscar. 1917 was Deakins’ fourth film with Mendes. They first collaborated on Jarhead in 2005, followed by Revolutionary Road and Skyfall.

In winning the Oscar, Deakins bested fellow nominees Rodrigo Prieto for The Irishman, Lawrence Sher for Joker, Jarin Blaschke for The Lighthouse and Robert Richardson for Once Upon a Time in Hollywood.

You can watch Deakins’ backstage comments below.