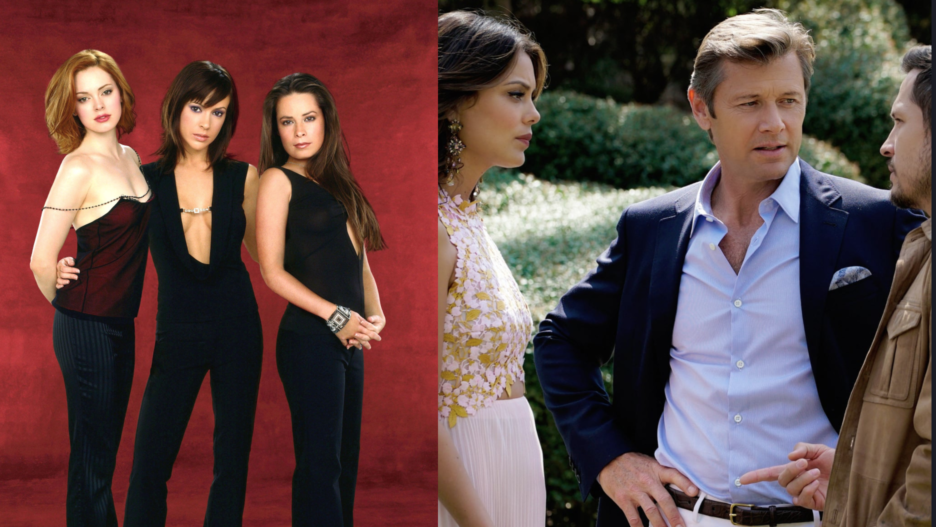 From “Dynasty” to “Charmed,” TheWrap is taking a look at reboots of classic TV shows that should’ve gotten the boot from the start.

Jack Webb and Ben Alexander starred in the original 1950’s police procedural that became a major hit. Unfortunately, the Ed O’Neill and Ethan Embry reboot in 2003 failed to find similar success. It was cancelled after two seasons.

Another police procedural bound to be rebooted, Telly Savalas starred as the chrome-domed detective in the 1970’s series. Ving Rhames took the reins in 2005, but only made it to nine episodes.

This hilarious British series that helped launch Chris O’Dowd’s career ran for four seasons from 2006 to 2010. It’s American counterpart — not so much. The across-the-pond adaptation with Joel McHale was ordered to pilot but failed to get picked up at NBC in 2007 and 2008.

A 2007 take on the 1976 “Six Million Dollar Man” spinoff, this NBC show’s original sin was casting “Battlestar Galactica” ass-kicker Katee Sackhoff as the recurring villain rather than the lead.

Like so much ’80s television, the original “Knight Rider” is over-celebrated. But NBC’s 2008 version lacked even the original’s dumb charms — and David Hasselhoff.

The 1990s classic nighttime soap got a CW makeover in 2009, but the brand wasn’t enough to keep an audience interested, especially on a network that was doing rich young people drama better on shows like “Gossip Girl” and even “90210.”

“Charlie’s Angels” perfectly captured the goofiness of the ’70s, but it felt painfully out of date in 2011. Critics and audiences agreed: It was canceled after three episodes and was easily as disappointing as the 2019 film.

Helen Mirren broke out big time as a rare female detective fighting crime and the sexism of her fellow cops in a hit series first introduced in 1991. But NBC’s 2011 version, starring Maria Bello, struggled to find its voice and lasted just 13 episodes.

Bryan Fuller tried to put his stamp on a reboot of the 1960s series, “The Munsters,” and it’s still a bit of a cult classic among his fervent fans, but NBC never ordered the show to series. At least we will always have the pilot, which aired in 2012, which is more than you can say for most pilots that don’t get picked up to series.

Blair Underwood has done some memorable TV work, starting with his career-making role on “L.A. Law.” But his 2013 take on the 1960s and 70s Raymond Burr crime drama was yanked from NBC’s air even faster than you can say “LAX” or “The Event.”

“Broadchurch” captivated U.K. audiences from 2013-2017 with its tense murder mystery format, but when the U.S. tried to replicate its magic – with original star David Tennant in tow – it just never quite managed. Needless to say, “Broadchurch” is producing a third season, and “Gracepoint” was canceled after just one in 2014.

Matthew Perry and Thomas Lennon were no Walter Matthau and Jack Lemmon, or Tony Randall and Jack Klugman for that matter. The reboot of the 1970s series began in 2015 and lasted three seasons, but the canned, laugh track sitcom felt very old fashioned and led to some miserable ratings. Matthew Perry even tweeted out one month ahead of schedule that the show was cancelled when he saw his face painted over on his stage door.

SundanceTV had an international hit on its hands with the 2004 French-language moody zombie thriller. A 2012 English adaptation was of course inevitable, but Damon Lindelof’s A&E remake never quite found its audience, despite gaining the support of critics, and was canceled in 2015. Luckily, the original French series is still ongoing.

Beyond “Chuck” star Zachary Levi, NBC’s bland “event series” reboot of 2006’s “Heroes” brought nothing new or interesting to the table and was canceled in 2016.

ABC’s reboot of the 1970s series “The Muppet Show” was one of the most highly anticipated new shows of the 2015-16 TV season, but the inside look at the adult lives of Kermit and company failed to resonate with fans.

Like the hero that shares the show’s name, the 2016 reboot of “MacGyver,” with Lucas Till in the 1985 Richard Dean Anderson role, cobbled together a bunch of unusual parts to make yet another procedural that’s somehow still kicking, despite constant lampooning from “The Simpsons” and “SNL’s” “MacGruber” sketches. The show managed to last five seasons.

Corey Hawkins starred in this Kiefer Sutherland-less “24” reboot that maintained the show’s real-time structure and some of the original 2000s show’s flaws, but also managed to be canceled in real-time. “24: Legacy” had a big debut following the Super Bowl in 2017 but dropped off sharply afterward and was done after just one season. At the time of the cancellation Fox was still considering continuing the “24” franchise.

The CW rebooted the classic ’80s primetime soap in 2017, but despite the buzz for Peruvian-born Nathalie Kelley as Cristal, the show drew critical pans and weak ratings — that were still lucrative enough to earn the series a fourth season premiering in 2021.

In 2018, Spectrum lured Helen Hunt and Paul Reiser to return for another season of their Emmy-winning ’90s sitcom about an urban married couple. But the spark was mostly gone.

This 2018 CBS reboot fell short of its potential to remake the 1980s classic series for a few reasons — one being that Tom Selleck was not involved (nor was his mustache). Though set in picturesque Hawaii, critics were quick to tire of the new Magnum (Jay Hernandez)’s voiceover, calling the reboot average at best, and lacking in panache.

Despite the name, this 2018 CW reboot was cursed from the start. Side-stepping the original 1998 witches — Alyssa Milano, Shannen Doherty and Holly Marie Combs, and later Rose McGowan — in favor of newer, younger ones didn’t sit well with fans, or with the original ladies themselves. Milano told US Weekly she felt the reboot was “disrespectful” for not including her and her fellow OG cast members. And though it was touted as a “feminist” reboot, Combs tweeted, “I will never understand what is fierce, funny, or feminist in creating a show that basically says the original actresses are too old to do a job they did 12 years ago.”

No reboot of this classic sci-fi series has ever managed to live up to Rod Serling’s groundbreaking original series, which ran from 1959 to 1964. The first revival, which debuted in 1984, fell flat of its expectations — something it has in common with Jordan Peele’s 2019 reboot. Though Peele is credited as a creator and serves as the host, he did not write or direct any episodes, which critics complained were too on-the-nose, melodramatic, and, well, a lot meaner things than that. The show lasted two seasons.

The original ’90s Fox series, about siblings forced to look after themselves after their parents were killed in a car accident, ran for six seasons — and made stars of Matthew Fox, Scott Wolf, Neve Campbell and Lacey Chabert. But the Latino-cast 2020 reboot lasted just 10 episodes.