It’s no secret the entire After series is one giant aphrodisiac. When the first film was released in 2019, fans were instantly smitten with Tessa (Josephine Langford) and Hardin’s (Hero Fiennes Tiffin) on-screen chemistry. So, it makes sense the second film would be eagerly anticipated by thirsty viewers. Luckily, there’s plenty of hot hookups in the sequel. These After We Collided sex scenes are so steamy, they’ll definitely make you feel some kind of way.

Spoiler alert: This post contains spoilers from the movie After We Collided. Both After films are actually based on the novels of the same name by Anna Todd, so fans of the series had a pretty good idea of where the second film installment, which premiered in the U.S. on Oct. 23, would go. The movie introduces Tessa’s cute new co-worker, Trevor (Dylan Sprouse), who quickly complicates things between Hardin and Tessa. If that’s not enough to cause tension, family issues and past secrets start to reveal themselves, perpetuating the couple’s seemingly endless cycle of jealousy, fights, breakups, and makeups.

Through the highs and lows, one thing remains clear: Hardin and Tessa are dynamite in the bedroom (er, and shower and office chair). While their relationship isn’t exactly something fans should strive to emulate (refer to the jealousy, fights, and breakups above), their sex is straight fire.

Here are Hessa’s best sex scenes in After We Collided to hold you over until the third installment, After We Fell, graces screens.

The first hookup in the film isn’t the best, but is does set the scene for how hot and cold the couple is throughout the movie. After Hardin shows up and kicks Trevor (Sprouse) out of Tessa’s hotel room (despite things being pretty innocent between the co-workers), Hardin and Tessa start fighting, which leads to them hooking up. While the drunken couch sex is fast and intense, it’s obviously a mistake emotionally. Plus, Tessa’s drunk, which should have any viewer’s consent alarm bells going off at full blast. 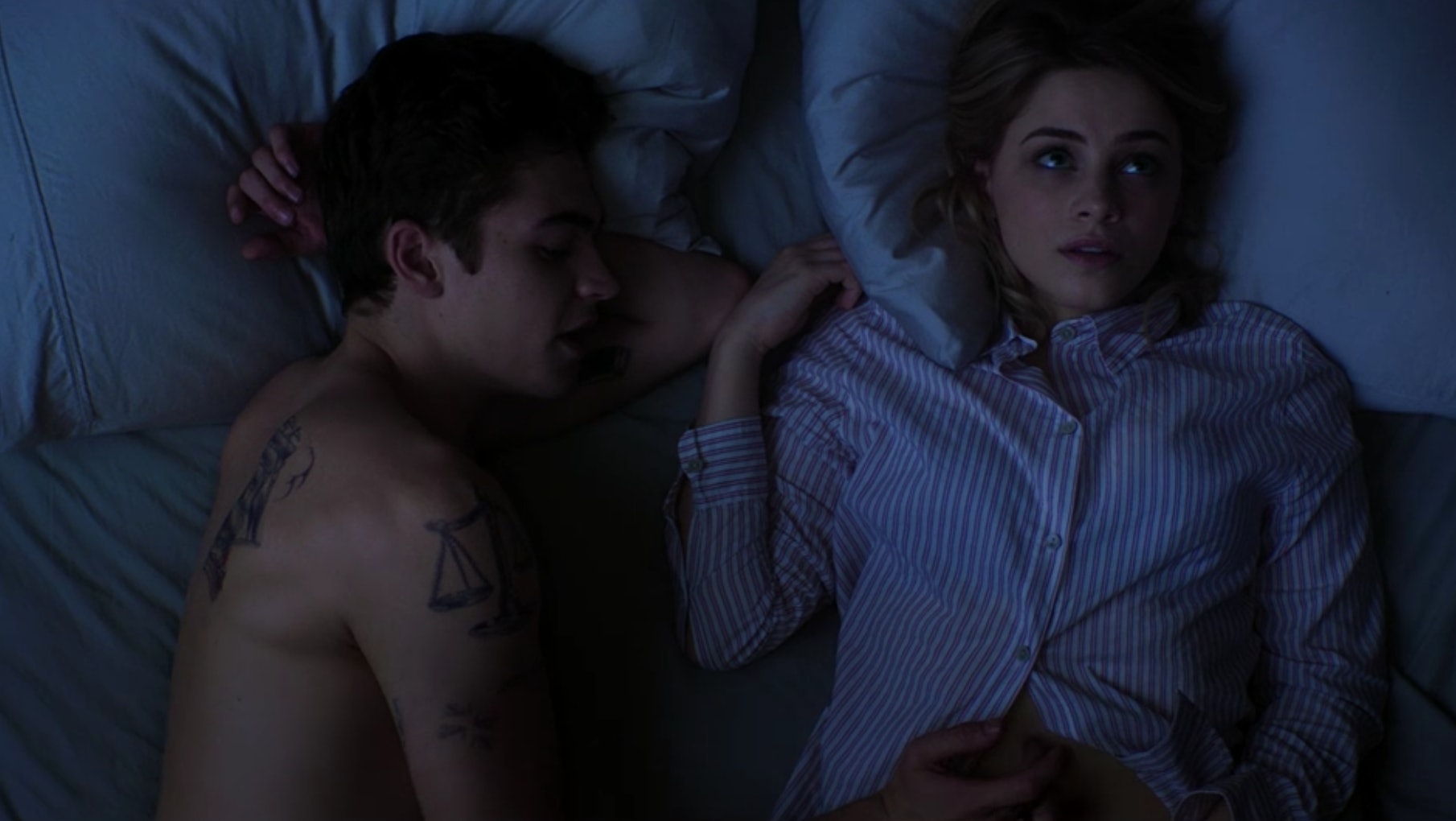 While it looks like they don’t have penetrative sex, the act of mutual hand stimulation while they chatted in bed was not only wildly sexy but intensely intimate.

After a session of hot yoga (in which Hardin compliments Tessa’s "bum"), the two leave the class hella turned on. So, they hop in the shower and immediately start hooking up.

What makes this scene so great isn’t how steamy it is (even though, yup, it’s sweltering). It’s the fact that the two are laughing and having fun in the shower (which is something the Fifty Shades shower scene lacked), while also having intense, need-you-now sex. Even though it gets interrupted by a phone call from Tessa’s boss, it’s still one of those scenes you’ll revisit whenever you need to feel ~inspired~.

After a weird turn of events (babysitting Tessa’s boss’s soon-to-be step-son), the Tessa and Hardin end up alone in Tessa’s office. Hardin gives Tessa a charm bracelet as an early Christmas present. (Yes, a charm bracelet! In 2020!) When she asks what he wants for Christmas, he says "a second chance." So, they agree to give their relationship another shot and start having sex on her office chair.

When they say they love each other in the middle of the act, it makes the scene both naughty and romantic. While it’s one of the more tame hookups as far as visuals, it’s also one of the most passionate.

It wouldn’t be a frat party without some drama, and after Tessa and Hardin decide to ring in the new year with Hardin’s friends, things quickly turn dramatic. Tessa and Molly play a game of truth or dare which just turns into an insult fight (which leads to a physical fight). Afterward, Tessa and Hardin go upstairs, where they hook up. While it seems orgasmic at the time, it ends on a pretty sour note.

Trevor texts Tessa while she’s in the bathroom cleaning up, Hardin sees and gets jealous. Then, Tessa sees Hardin talking to another girl and — go guessed it — gets jealous. The night ends in a blow-up fight between the couple.

While some of the scenes ended up causing more harm than good in the grand scheme of Hessa’s relationship, the chemistry is hard to top. Here’s hoping their emotional connection matches their physical one someday down the line.

After We Collided is available on-demand now.