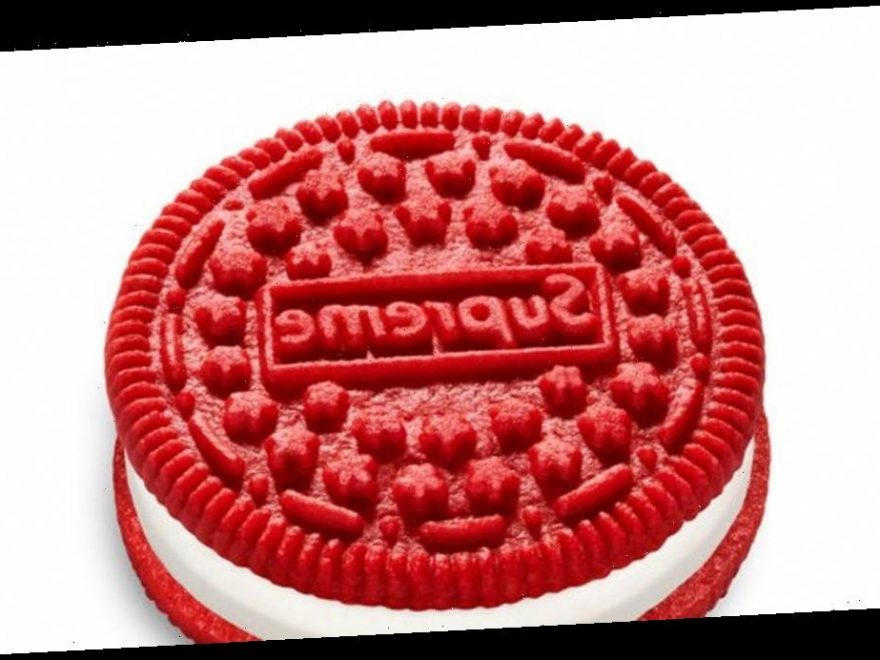 The collaboration between the popular streetwear brand and Nabisco comes in a pack of three.

Supreme Oreos hit stores in New York on Thursday retailing for $8, but are already reselling on eBay for the bargain price of $20,000.

The uber-popular streetwear brand’s latest collaboration with Nabisco consists of a pack of three cookies featuring the company’s iconic logo and offered in its trademark red color.

That’s roughly $6,666 per snack, at least for now. The auction — which started with an opening bid of $4 — has four more days to go before it’s over.

The limited-edition offering was announced last week for Supreme’s Spring/Summer 2020 drop and is only the latest in unlikely partnerships for both businesses.

Supreme has hooked up with the likes of New York’s MTA, Meissen porcelain and even a brick. Oreo once dabbled in Mickey Mouse and Google Android goods.

But industry insiders say there is little risk in the two brands teaming up.

"For Supreme, it’s a low-risk way to generate earned impressions," Zane Comer, executive creative director of Within, a branding company, told AdAge. "If the collab doesn’t go viral, nobody knows about it. No harm, no foul. For Oreo, associating their product with a brand that has the cool-factor of Supreme also creates legitimate relevance out of thin air."

The news of the partnership was actually leaked on Reddit six months ago, but devotees believed they were getting pranked.

Not everyone, however, is a fan of the Supreme Oreo as Twitter blew up with negative commentary. One user posted, "Can’t wait to spend my rent on cookies," as another critic tweeted, "Supreme running out of ideas at this point."

Jeff Greenfield, co-founder at C3 Metrics, a marketing firm, told the publication, "As their value lives in their logo, Supreme has clearly jumped the shark with their overpriced Oreos which destroys the value when eaten."

The cookies aren’t the only crossovers being rolled out for Supreme’s Spring/Summer 2020 drop as consumers can expect Supreme Ziploc bags, Speedo goggles, Spalding basketballs, Zippo lighters, Fujifilm packs, and Hanes underwear, according to the publication.

We can’t wait to see how much those will go for when they eventually hit eBay.