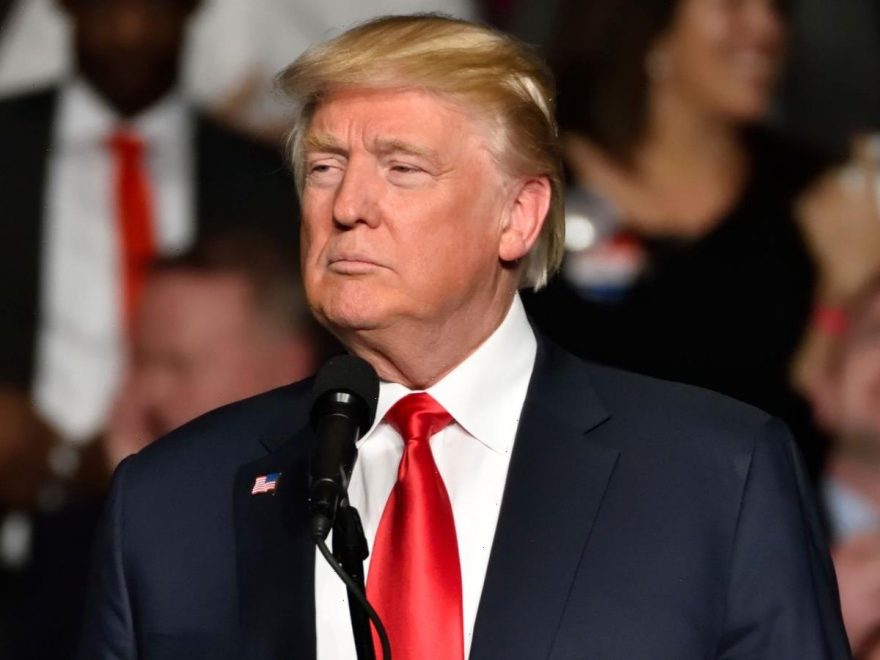 Trump’s years in office may have only lasted one term; however, his lavish lifestyle goes beyond what was seen in the White House. Carrying a $2.5 billion net worth, he is the richest President America has ever witnessed. During his Presidency, Trump traveled in the mandatory ‘Air Force One’ for national and international visits. Although, at other times, he uses the ‘Trump Force One,’ which is a $100 million gold-plated private jet, bigger than any private plane that exists. Featuring Trump’s name in bold letters on the side, this piece of luxury makes heads turn when it takes off on the runway.

Consisting of an interior packed with ultra-modern luxuries and features, let’s take a look at the top-of-the-line private jet owned by the former President.

Unlike Anything Seen Before

While many politicians campaigned for the Presidency in buses, Trump was a notch ahead with his jet. In early 2011, the former President purchased a private jet from Microsoft Co-Founder Paul Allen for $100 million and gave the Boeing 757-200 a makeover that truly suits Trump’s aviation lineup.

A combination of smart engines and luxury, the jet is well-equipped to have a powerful flight and is integrated with Rolls Royce RB211 high bypass turbofan engines, generating upwards of 41,030 lbs of thrust. The engine ensures that the jet reaches 41,000 ft. of height in under 12 minutes. Fast and abundant, Trump Force One is truly the epitome of luxury travel, checking all the criteria on the Trump List.

The $100 million marvel boasts customized cream-colored leather seats, gorgeous mahogany desks, and cabinets. And the most important factor: Gold. As stated by Business Insider, there is gold everywhere. From light sockets to gold-trimmed cabins to even gold-plated seat buckles. In the bathroom, the jet features a gold sink, including the faucets. Trump was working closely on renovating the jet even before buying it for himself and his family. After the purchase was complete, it took six months to renovate the jet to perfection, which cost about $250,000.

RELATED: 20 Buildings That Are Literally Made From Gold From All Around The World

Trump is known to love watching television, and so the jet features a stunning Screening Room with a 57” TV and a selection of 1000 movies onboard. Every seat and pillow of the jet is embroidered with the Trump family logo. Trump’s Master Bedroom features a comfortable bed and shower. While the adjoining Guest Room comes with couches that can be converted into beds. According to Forbes, the private jet also ensures that The Galley is stocked and the Dining Room is ready.

While Trump is known to make changes in his team, one of the constants has been his pilot, working for the former President since 1989. With the plane’s larger-than-life amenities and capabilities, the experienced pilot has reportedly called the jet a ‘Ferrari’ under the category of airlines.

The Boeing 757-200 remains a jewel in Trump’s fortune as he has conducted photoshoots, VIP tours, and campaign rallies in the past via the jet. Today, the private jet is parked in an empty Orange County Airport, as noted by CNN. It is reported that the plane is missing one of the engines, which would cost a six-figure number as it was a Rolls-Royce premium engine.

Trump has preferred to fly in his other jets, such as the 1997 Cessna 750 Citation X, the fastest jet of its time and features two Rolls Royce engines. Additionally, the mogul is also known to own a private chopper that he has traveled around for his rallies and speeches since his Presidency ended.

One of the most intriguing private jets globally, Trump has boasted his lavish lifestyle through his expensive aircraft choices, especially with the Trump Force One, and showed that his signature style is as deeply embroidered in the jet as his logo is there on every leather surface. The plane hasn’t been flown since 2016, and it is anybody’s guess if the gold-plated jet will ever take flight again.

READ NEXT: 10 Most Expensive Private Jets