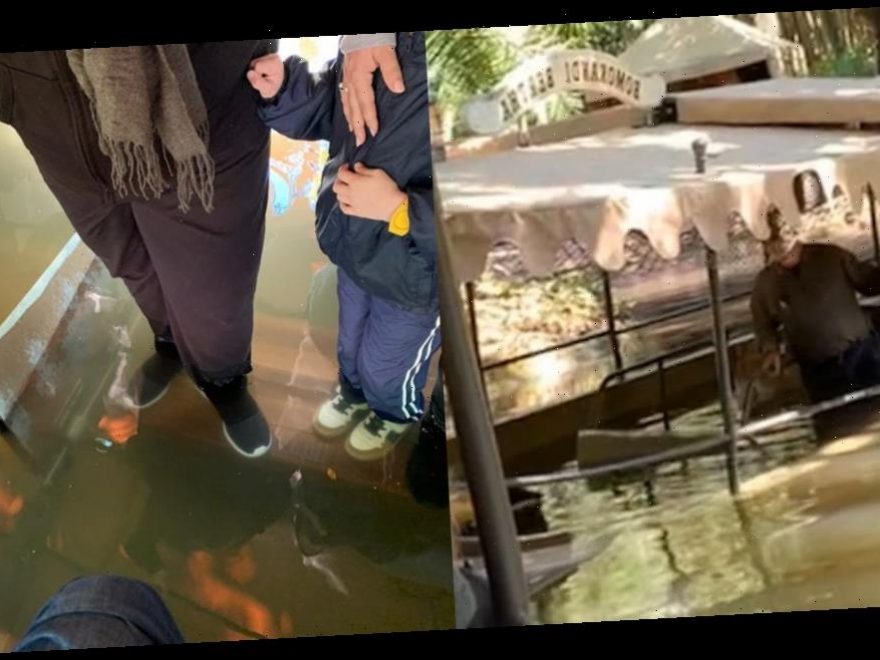 A Jungle Cruise boat started sinking into the water with passengers on board at Walt Disney World early Thursday afternoon, according to social media posts.

Programmer and musician Matthew Vince, who was on the attraction at the time, shared a photo of his boat starting to fill with water.

On Twitter, Vince shared they were removed from the boat in a timely manner.

"Our skipper was awesome, used a radio to get help, and we did not have wet feet or wet clothes on for very long. I can rest easy being part of the best Disney metaphor of all time," Vince tweeted.

Other photos and video shared on social media showed those on board start to climb up onto the edges of the boat to prevent from getting wet before getting unloaded from the boat.

Here's a look at the boat after the passengers were removed.

According to BuzzFeed News, Disney confirmed that one of the boats for the ride did fill with water, but said that everyone was safe and the ride reopened. The Reedy Creek Fire Station, which services Disney World, was called.

One of the park's original attractions that opened in 1971, Jungle Cruise takes fans through a jungle-like tour in Walt Disney World's Adventureland. The ride is described as a "journey that you won't soon forget."

The ride is featured in four Disney Parks around the world, including California's Disneyland, Tokyo Disneyland, and Hong Kong Disneyland.

Dwyane "The Rock" Johnson and Emily Blunt will star in a live-action film based on the attraction later this summer.

A Disney Parks' representative did not respond to Insider's request for comment.