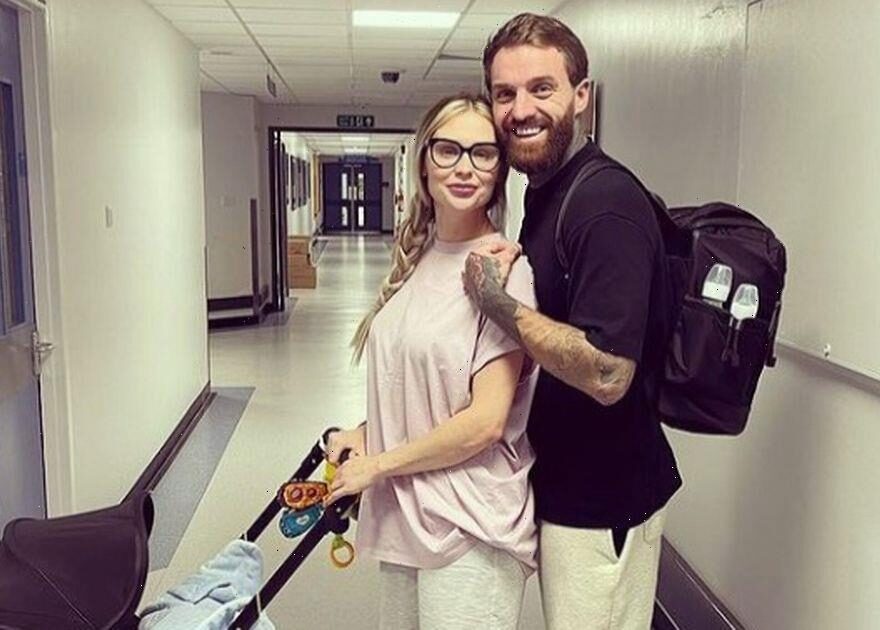 FormerGeordie Shore starAaron Chalmers has shared the happy news that his newborn son has been discharged from hospital eight days after being born.

The reality TV starbecame a father for the third time late last month after his partner Talia Oatway gave birth to baby Oakley Bleu Chalmers at the end of August.

However, following the youngster’s birth, 35 year old Aaron revealed thatthe little one had a long road ahead of him and that he would require surgery within the next year.

In a heartfelt message shared earlier this week, he explained that his son would be “in and out of surgery for 18-24 months” following complications that had arisen during his birth.

However, the doting dad has now announced the good news his “little soldier” has finally been allowed home to join siblings Romeo, two, and Maddox, 11.

Alongside a snap of himself, Talia and little Oakley in a pram, Aaron wrote: “After a long 8 days and a very tired mum and dad especially mummy we have our little solider home [heart emoji]!!,” he wrote.

“Time to get him settled and start planning towards his first surgery!! We got this @talia.oatway.”

Meanwhile co-star Daniel Thomas added: “All the best to you and the family mate.”

Elsewhere, Talia shared a snap of herself cradling the newborn on Thursday as she prepared to leave the ward.

“Baby boy let’s go home to the family,” she captioned the post. “A long road ahead but you have all of our support my strong lad. #oakleybleu.”

Aaronannounced Oakley’s arrival on Instagram in August where he shared a snap of himself cradling his son on his Instagram Stories.

He pasted a GIF that read "bundle of joy" over the baby's face and wrote on top of the snap: "Baby has arrived early this morning" with four red love heart emojis.

Aaron then added: "Going to bed for a couple of hours after a whirlwind of a night," before tagging his partner Talia Oatway.

The star later followed up his snap with a picture on his Instagram grid, where he wrote: “Welcome to the world Oakley Bleu Chalmers. You come into this world earlier this week and from the minute you arrived you caused me and your mummy nothing but worry!!,” he wrote.

“It’s going to be a long hard road for you and all of us as a family the next couple of years but your our little solider and we are going to be with you every step of the way, daddy’s got you son.”