Aerosmith drummer Joey Kramer on Wednesday lost a legal bid to play with the band over Grammys weekend.

The 69-year-old musician initially sued the band in Massachusetts, claiming they breached his contract by keeping him out of the band after he says he’s fully healed from an injury he suffered last spring.

The judge in the case sided with the band, according to TMZ, saying, ‘given that Kramer has not played with the band in 6 months and the dearth of available rehearsal time before the upcoming performances, Kramer has not shown a realistic alternative course of action sufficient to protect the band’s business interests.’ 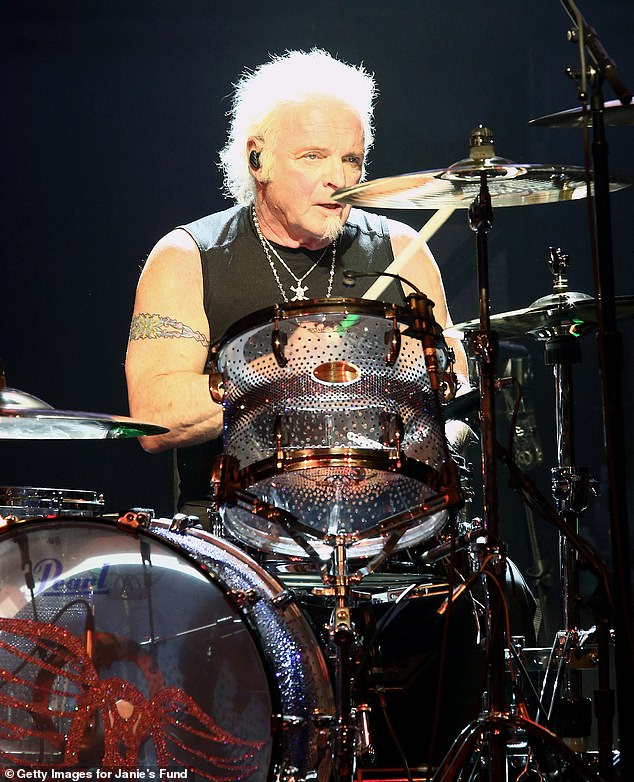 Bad beat: Aerosmith drummer Joey Kramer, 69, on Wednesday lost a legal bid to play with the band over Grammys weekend. He was snapped performing at a Grammy event last year in LA

The New York City native in his suit noted that he’s a founding member of the rock band and has been a member for 50 years.

He said that after he was injured last spring, his bandmates brought in a replacement drummer for their Las Vegas residency Deuces Are Wild, but did not let him rejoin after he was ‘willing and able to return’ to work the dates in November and December of last year, CNN reported Wednesday, citing legal docs in the case.

Kramer said in legal docs that he ‘announced his desire to return and formally made himself available to rehearse with the band and to attend the shows,’ but his bandmates told him through their lawyers that he wasn’t allowed to rejoin the band until he demonstrated that he was “able to play at an appropriate level.”‘

Kramer told CNN that the suit was not driven by finances, but rather recognition, on the heels of the band being recognized on a major music weekend at both the MusiCares Person of the Year and the Grammys, where they’re slated to play. 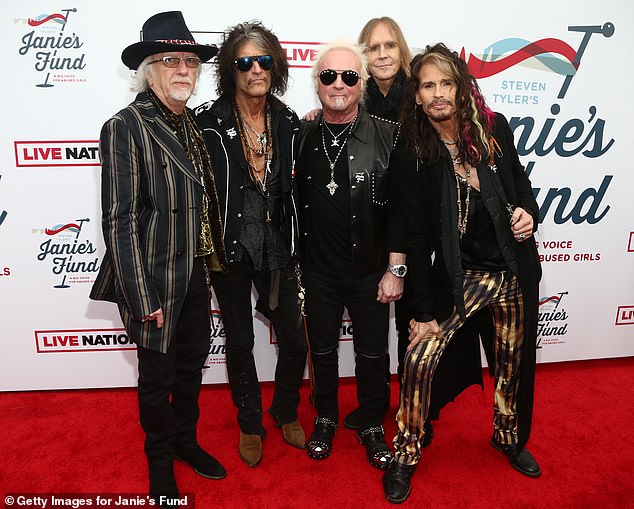 Issue at hand: Kramer said his suit was not driven by finances but rather recognition on the heels of the band being recognized on a major music weekend at both the MusiCares Person of the Year and the Grammys, where they’re slated to play. The group was snapped in LA last year 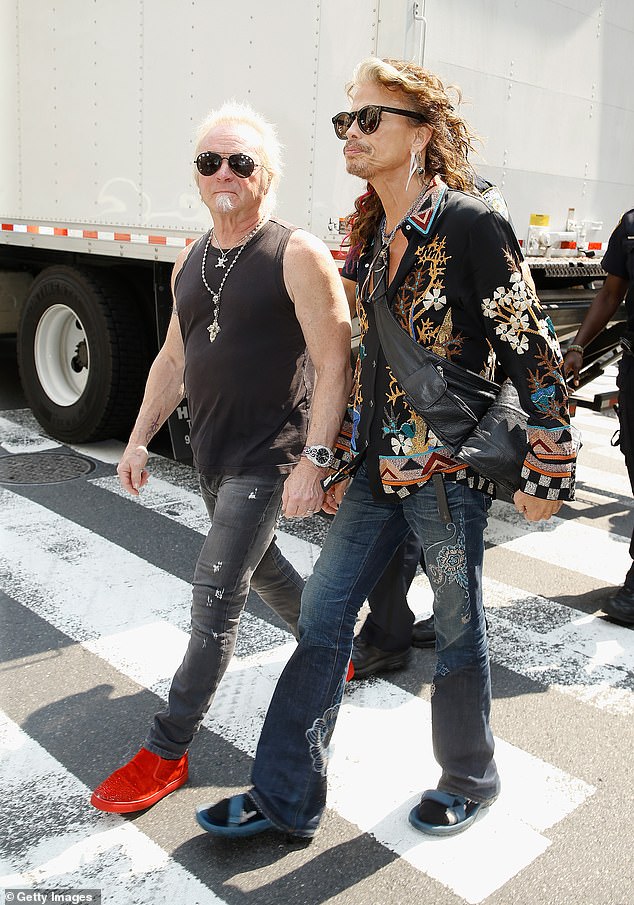 Unhappy: Kramer, seen with singer Steven Tyler in 2018, told a court he’s being ‘deprived of the opportunity to be recognized’ for his career as part of the iconic rock band

‘I am being deprived of the opportunity to be recognized along with my peers for our collective lifetime contributions to the music industry,’ Kramer said in a statement. ‘Neither the MusiCares’ Person of the Year Award nor the Grammys’ Lifetime Achievement honors can ever be repeated.’

He said that other members of the band – which include Steven Tyler, Joe Perry, Tom Hamilton and Brad Whitford – were never asked to audition for their job after ‘periods of injury and illness, including physical injury and treatment for addiction and substance abuse.’

Kramer said that he eventually auditioned, but the band voted him out. (Insiders told TMZ that his performance had slipped.) 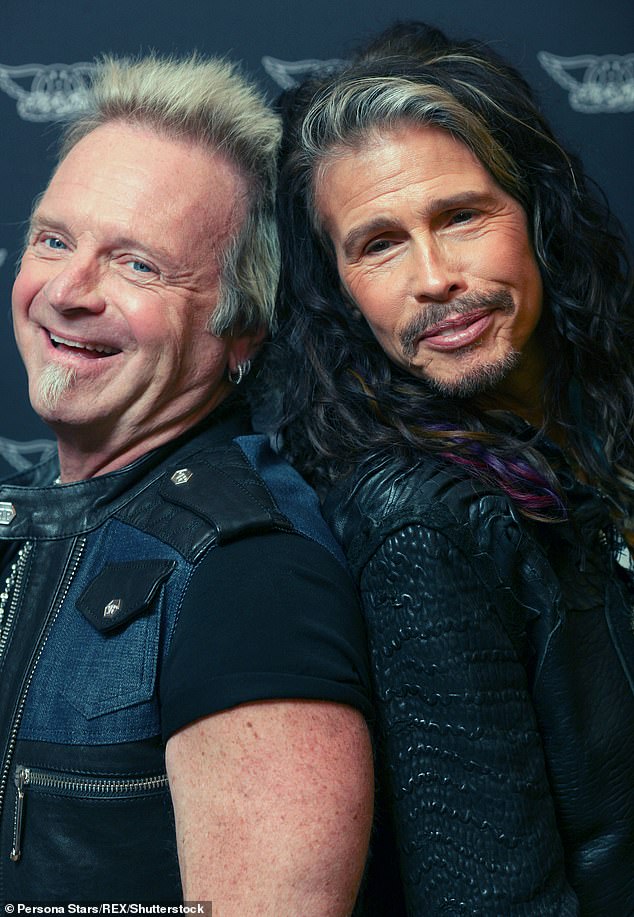 Response: The band said that that they have extended the olive branch to the drummer on many occasions, only to be rebuffed. Kramer and Tyler were snapped in 2015 in Russia

The band told People in a statement that they have extended the olive branch to the drummer on many occasions, only to be rebuffed.

‘Joey Kramer is our brother; his wellbeing is of paramount importance to us,’ the group said in a statement. ‘However he has not been emotionally and physically able to perform with the band, by his own admission, for the last six months. We have missed him and have encouraged him to rejoin us to play many times but apparently he has not felt ready to do so.’

They said they reached out to him about the upcoming weekend events, but he waited too long to respond, and they made alternate plans to ensure the best possible showing.

‘Joey has now waited until the last moment to accept our invitation, when we unfortunately have no time for necessary rehearsals during Grammys week,’ the group said. ‘We would be doing a disservice to him, to ourselves and to our fans to have him play without adequate time to prepare and rehearse.’