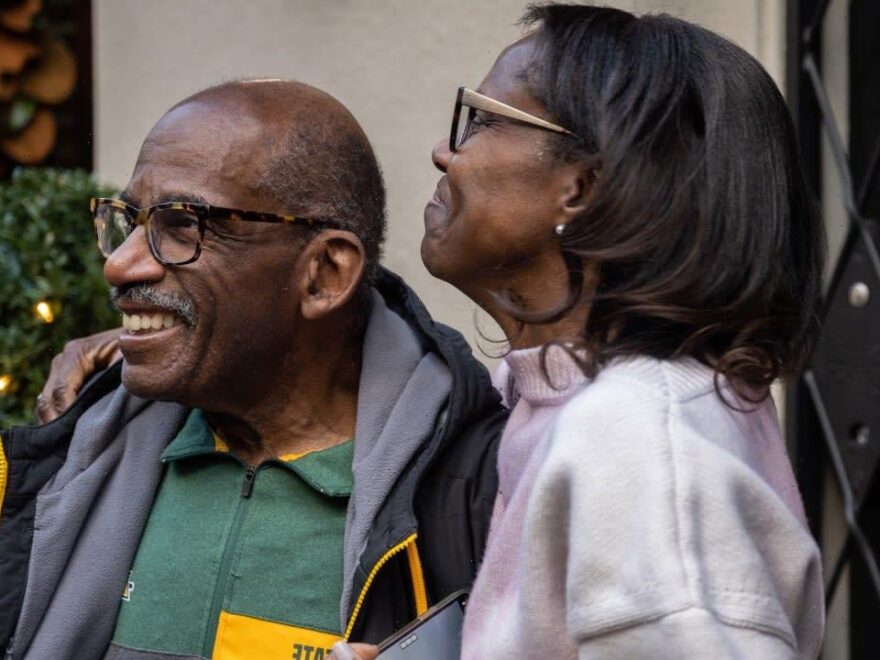 Al Roker‘s family have been through a testing time over the last few months, with the beloved Today star spending several weeks in hospital due to blood clots on his lungs.

However, a big change to their family unit over the weekend certainly put a smile on all of their faces. Al and his wife Deborah Roberts were more than delighted after their son Nick returned home for the holidays on Saturday.

VIDEO: Al Roker’s return to the Today Show will leave you in tears

Deborah shared a lovely photo of the teen smiling in the family’s home, which had been decorated with a banner that read ‘Welcome home Nick!’ “Let the holidays begin!” the proud mom wrote alongside the picture.

What’s more, Al was feeling well enough to decorate the tree with his daughter Leila too, sharing a heartfelt update on his Instagram account.

“So thankful to be well enough to decorate the Roker Family #christmastree,” he wrote. 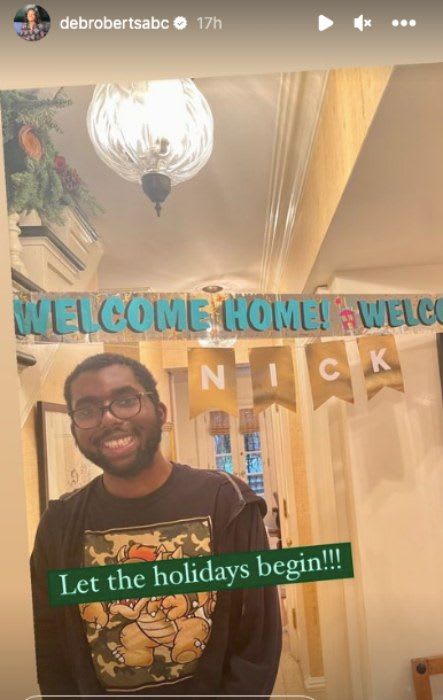 Al and Deborah live in New York City, and their home featured on the Today Show last week, as the weatherman’s co-stars and colleagues turned up at his front door to surprise him.

The group all sang a selection of Christmas carols while wearing Santa hats. Al was visibly emotional as he took everything in.

Sharing another update on his recovery, he said: “It has been a tough slog, I’m not going to lie. “It has been the hardest one yet and I’ve had my share of surgeries.

I have a lot of things and people to be thankful for.” He continued: “It gives you a profound sense of gratitude for this outpouring of prayers and thanks.” 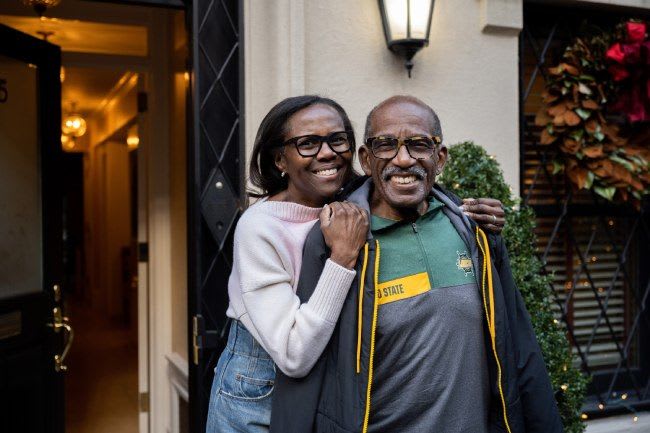 Al Roker and his wife Deborah Roberts outside their NYC home

The 68-year-old TV star, who has been a part of Today for over 25 years, was admitted to the hospital shortly after Thanksgiving due to blood clots and remained hospitalized for over two weeks.

While he did return home for a brief stint, he was hospitalized once again soon after the holiday for recurring issues, but thankfully, he’s back to his old cheerful self.