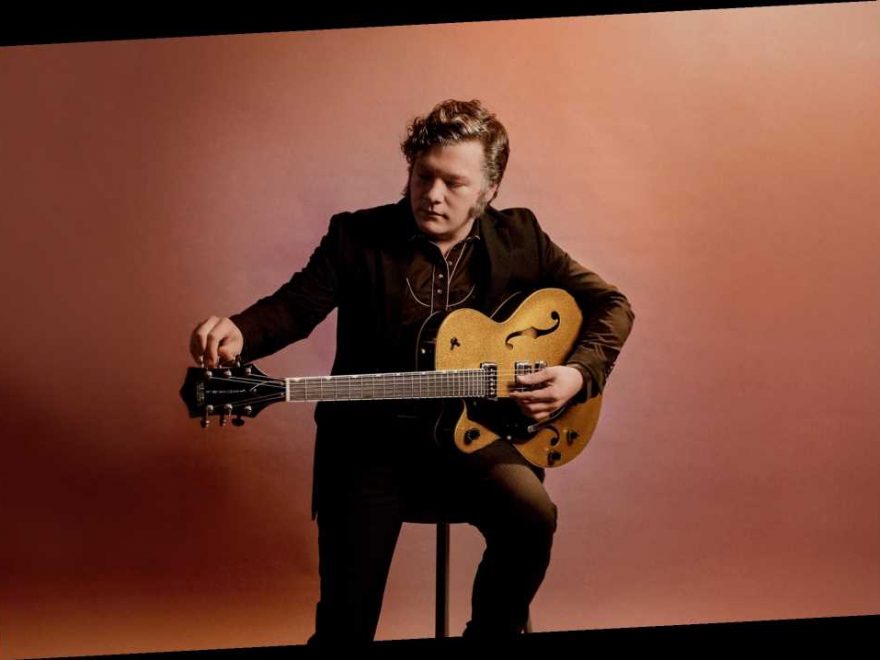 Appropriately, for a song about the disappearance of childhood, the video accompanying performer Early James’ “High Horse” is set in a desolate spot: Terlingua, Texas, a largely abandoned mining town near the Rio Grande and Mexico.

In the Tim Hardiman-directed clip, scenes of abandoned structures and rocky, tumbleweed-strewn terrain are interspersed with shots of the Alabama singer-songwriter and his band, the Latest, who perform the song in a studio. James, whose voice has a similar pockmarked, raspy quality and jazzy inflection to early Tom Waits, half-laughs and half-moans about the transformation he’s undergoing: “A favorite dream it seems of just passing the time/Too much nicotine, caffeine, and wine,” he sings.

“The song is a slightly comedic and regretful retrospective on how your childhood goes by so quickly and time changes your wants, needs, and habits,” James says.

“High Horse” appears on James’ forthcoming debut album, Singing for My Supper, which was co-produced by Dan Auerbach and David “Fergie” Ferguson at Auerbach’s Easy Eye Sound studio in Nashville. The album will be released March 13th via Easy Eye Records and Nonesuch, with James going on the road in the first half of the year to support the Lone Bellow, Shovels and Rope, and the Black Keys.