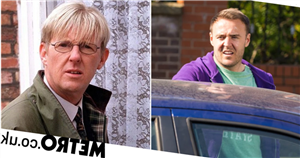 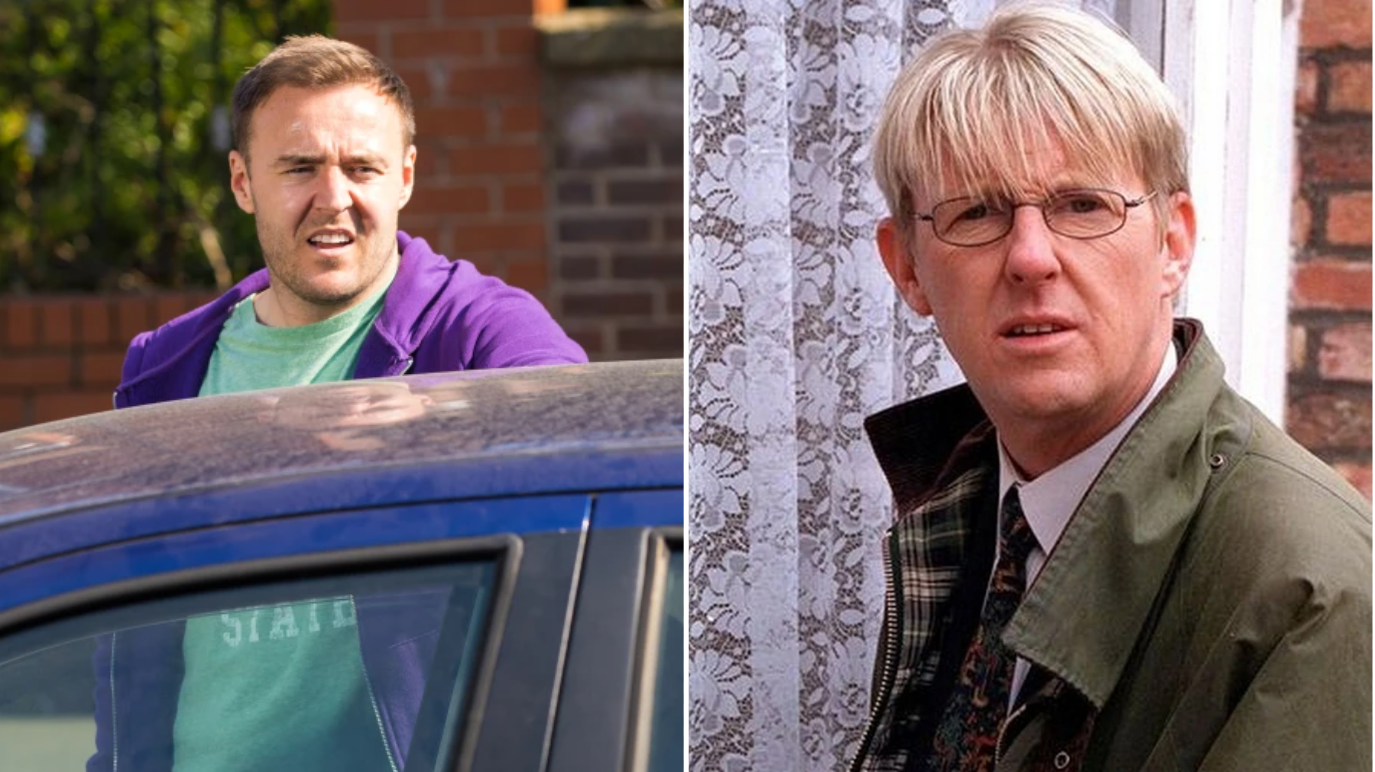 Of all the places to host a Coronation Street reunion, you probably wouldn’t expect one to happen at Paphos Airport in Cyprus – but that’s where Alan Halsall, who plays Tyrone Dobbs, bumped into his old mate and former Corrie legend Kevin Kennedy recently.

Kevin was a household name for his role as Norman ‘Curly’ Watts in the soap from 1983 to 2003, residing for some of that time at number 9 Coronation Street as a lodger with Jack and Vera Duckworth (Bill Tarmey and Liz Dawn) – the house which is of course now the home of Tyrone and Fiz (Jennie McAlpine).

Supermarket manager Curly was known for being unlucky in love. In 1995 he married Raquel Wolstenhulme (Sarah Lancashire) but she left him a year later. His second marriage to police officer Emma Taylor (Angela Lonsdale) was more successful and the couple moved to Newcastle in 2003 with their son, as Curly exited the show.

Kevin posted a picture of his chance meeting with Alan on his Facebook page, saying, ‘Amazing who you meet late at night at paphos airport,’ which prompted one fan to comment, ‘Curly Watts was a legend come back to corrie.’

With the recent return of Martin Hancock as Spider Nugent in Coronation Street, Kevin recently commented on ITV’s Loose Women that he would be more than open to returning to the cobbles. ‘It’s no secret. I’m in the business of telling stories, always have been, whether it be on stage, in music or film or telly,’ he said. ‘So to go back and tell what happened to him I think would be very interesting, and I think maybe the viewers would be interested too.’

Kevin, who describes himself as a ‘massive fan’ of Corrie, added, ‘You can never really get away from Curly, which I think is a lovely thing, because he was such an amazing character.’

Since leaving Coronation Street Kevin has guested on various other shows, including a memorable performance on Holby City as Graham Ollerinshaw, AKA ‘Minor Tom’ – a David Bowie tribute act.

Curly used to enjoy a bit of space oddity himself, as he was famously interested in astronomy and had a telescope in his loft. Could a return to Coronation Street be in his sights?