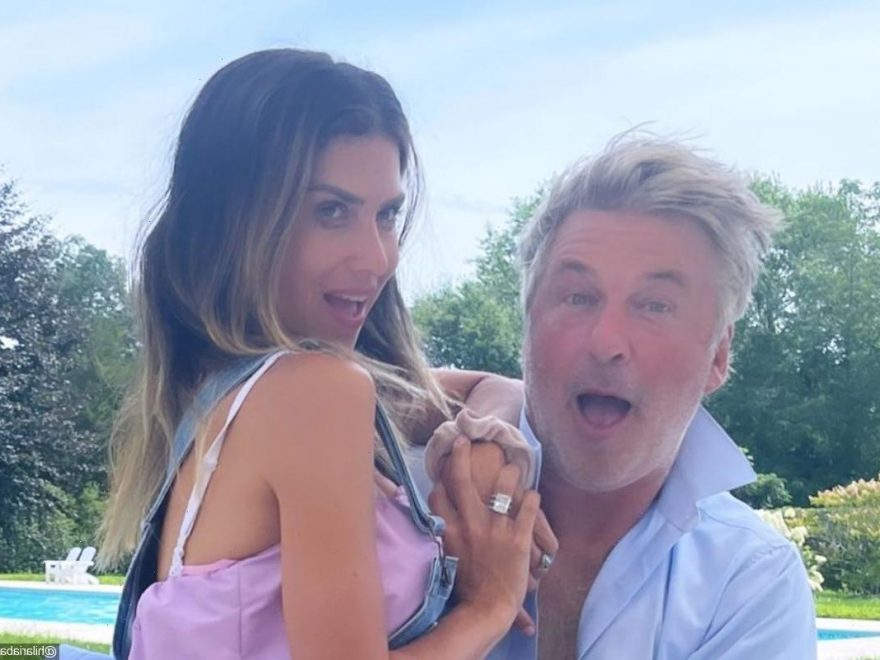 In a new interview with CNN about the shooting tragedy, which killed cinematographer Halyna Hutchins last October, the 64-year-old actor also reveals that he lost several jobs following the accidental shooting.

AceShowbiz –Alec Baldwin claims that he has lost five jobs since the “Rust” shooting. In a new interview, the actor credited his wife Hilaria Baldwin, who is expecting their seventh child this fall, for supporting him so he didn’t quit the film business.

The 64-year-old star said in a new interview with CNN about the tragedy, in which cinematographer Halyna Hutchins was shot dead on set last October, “I got fired from another job yesterday. There I was all set to go to a movie, jump on a plane… I’ve been talking with these guys for months and they told me yesterday we don’t want to do the film with you because of this.”

“If I didn’t have my wife, I don’t know where I would be right now… if I didn’t have her, I probably would have quit, retired, gone off, you know sold everything I owned, got a house in the middle of nowhere and just you know did find something else to do, sell real estate,” he added about 38-year-old Hilaria’s support.

Baldwin went on to say that if and when he does return to a movie or TV set, he will refuse to work with real guns and wants to leave the creation of realistic pistols to digital effects. He also claimed that he always thinks about Hutchins and what happened the day she was shot last October.

Baldwin shared, “Everybody adored her as a person. That she died, that’s the worst thing of all. Somebody died, and it was avoidable. It was so unnecessary. Every day of my life I think about that.”

Baldwin has also said he doesn’t believe he or anyone else will face charges in the fatal “Rust” shooting. He is now awaiting a decision from prosecutors who will decide whether he should be criminally charged over the accident on the set of the western in New Mexico. Baldwin has placed responsibility for the tragedy on Hannah Gutierrez Reed, 24, who served as the armorer and props assistant on “Rust”, as well as assistant director Dave Halls – said to be 48- to 51-years-old – who handed him the gun.

Through their attorneys, Gutierrez Reed and Halls accused Baldwin of deflecting blame onto others. Baldwin hit back in his CNN chat, “Someone put a live bullet in the gun who should have known better. That was (Gutierrez Reed’s) job. Her job was to look at the ammunition and put in the dummy round or the blank round, and there wasn’t supposed to be any live rounds on the set. There are two people who didn’t do what they were supposed to do. I’m not sitting there saying I want them to, you know, go to prison, or I want their lives to be hell. I don’t want that, but I want everybody to know that those are the two people that are responsible for what happened.”

But Baldwin added, “I sincerely believe… (investigators are) going to say that this was an accident. It’s tragic.” He also stressed he does not want to “condemn” Gutierrez Reed.