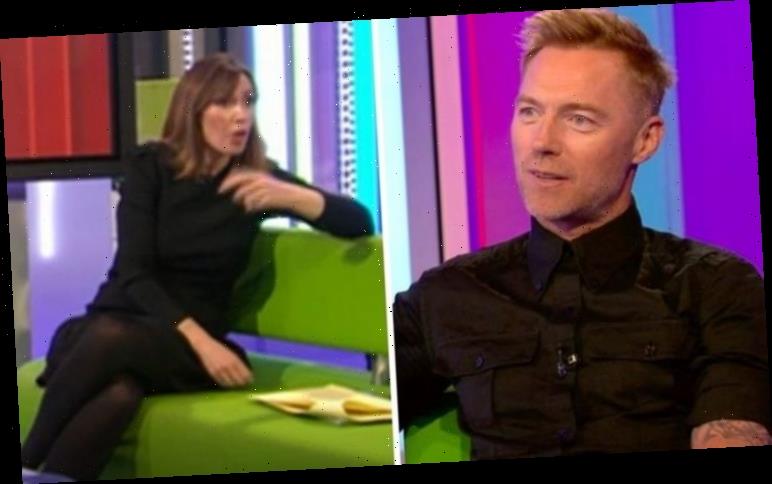 When you subscribe we will use the information you provide to send you these newsletters. Sometimes they’ll include recommendations for other related newsletters or services we offer. Our Privacy Notice explains more about how we use your data, and your rights. You can unsubscribe at any time.

The segment saw Alex discussing her favourite films and movie soundtracks with fellow The One Show host Amol Rajan and guest Edith Bowman. Fans tuning in to the BBC chat show saw her later say it’s weird to work with Ronan considering her choice was a song he had sung.

Discussing iconic film songs, Amol said to Alex: “I bet yours [favourite] is Four Weddings is it?”

Alex replied: “Close, I do like a Richard Curtis film.” This sparked Edith to ask: “How do you cope when Ronan is sat there then?”

“Oh yeah because it’s Ronan who sings the main song, which is a bit weird now isn’t it?” Alex said.

Edith joked: “He can serenade you next time!” Referring to the times Ronan occasionally presents the show with Alex. 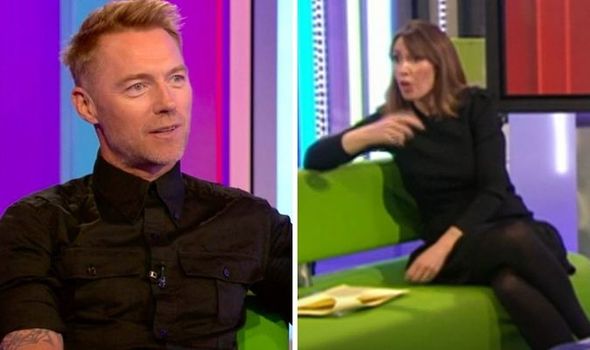 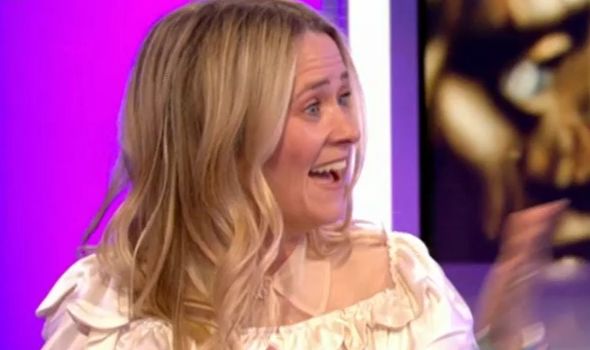 He sang the main soundtrack song for Richard Curtis’ Notting Hill, which came out in 1999. The film stars Hugh Grant and Julia Roberts, and became a global success.

Irish pop singer Ronan’s version of ‘When You Say Nothing At All’ was his first solo single and topped the charts in the UK, Ireland, and New Zealand in the same year.

And now Alex has confessed she loves a Richard Curtis film soundtrack, she might not see Ronan in the same way again.

It came as the group began to talk to Edith about her podcast, Soundtracking. 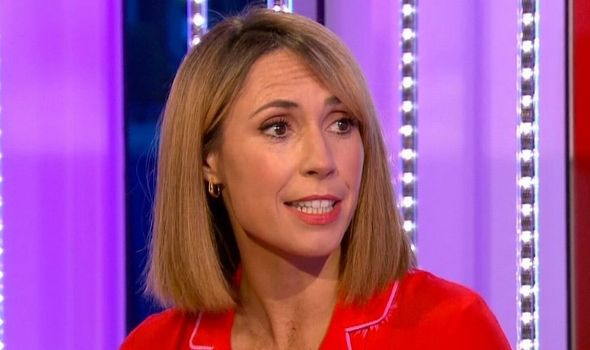 The One Show: Alex Jones jokes about Mr Blobby comparisons

Amol said: “You, like me, know that music can make a film, and my favourite’s probably – it’s a bit cliché but probably Pulp Fiction.

“Remember the great Chuck Berry tune,” Amol asked Edith what her favourite soundtrack was, and she said West Side Story had her favourite music.

“As a kid I always had it on and I loved the dancing. Spielberg’s made a remake of it that’s coming out at the end of this year.”

She added she was “really intrigued” but scared to see what the famous director would do with the film.

Popular presenter Alex has been hosting The One Show since 2010. She has mainly presented the chat show alongside Matt Baker, who had to quit last year to help with his family farm in Durham after his mum suffered an injury.

Having fronted the show together since 2011, the pair were the longest-serving partnership in the programme’s history, becoming an iconic favourite with viewers.

Since then, several presenters are often seen sitting on the signature sofa next to Alex, including Ronan, Amol and other guest hosts.

Recently, Alex broke some personal news live on air during an episode, when she announced she was pregnant with her third child.

Halfway through the programme, a segment on lockdown babies and the boom in women being pregnant was discussed. Following this, Alex felt it the right time to share her own news – she and husband Charlie Thomson were expecting a baby girl.

It came as Ronan turned to Alex, asking: “Anything to add?” After the segment had ended.

“I feel really nervous all of a sudden!” She said and then finally added: “It just seems like a good time to share some news with everybody.

She said: “We’ve had some really unexpected news. Baby number three is on the way!”

This was met with clapping and cheering from fellow presenter Ronan and the rest of the crew.

It has not yet been confirmed when Alex will be taking maternity leave or who could replace her as the main host on the much-loved show.

Fans have missed seeing Alex and Matt together on the show, but it’s unlikely Matt will ever make a comeback.

The 43-year-old was recently part of a new series that documented him and his family as they uprooted their lives down south and moved to the farm on The Dales.