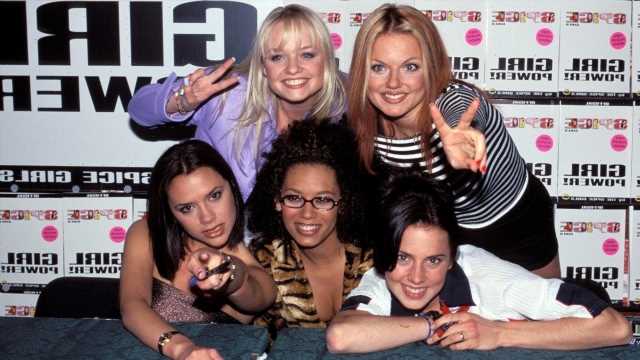 Say you’ll be there! The Spice Girls are bringing some much-needed girl power to 2021 with the reissue of a special deluxe edition of their hit 1996 album, Spice.

Victoria Beckham, Geri Halliwell, Mel Brown, Emma Bunton, and Mel C all teamed up to mark the 25th anniversary of the album with a limited edition two-CD deluxe version.

“SURPRISE!! 🎉 To mark the 25th Anniversary of our debut album ‘Spice’ we are releasing a limited edition collection of vinyl and cassettes PLUS a 2CD deluxe featuring some previously unreleased tracks and demos,” the Spice Girls official Instagram account wrote. “Thank you to the best fans in the world for your continued support and for sticking with us 25 years on, we love you!!! You can pre-order now 💕”

“All I ever wanted was to be accepted and to make everyone around me — gay, straight, brown, Black, shy, or loud like me — to feel they can celebrate who they are and to be free to be themselves,” Mel B (Scary Spice) said. “All I hope, 25 years on, is that message has been heard loud and clear. It’s true that in the end love IS all you need. So I thank everyone who has ever bought a Spice Girls record or stood in the rain to greet us or got dressed up in pink, in a tracksuit, a ginger wig, a leopard print catsuit, or put on Vic’s iconic pout!”

Bunton (Baby Spice) added, “From the first wannabe baby steps to conquering the whole world with a team of Spices, thank you doesn’t seem enough to all of you who have supported us, followed in our footsteps, walked in our great big shoes, and who have shared our dreams. It’s been 25 years of pure magic. Spice Girls forever!”

Beckham (Posh Spice) praised the “incredible support” from the Spice Girls followers while Halliwell (Ginger Spice) thanked the “die-hard and loyal fans,” encouraging followers to “live” and “be” their dreams.

And Mel C (Sporty Spice) said the release brought back “so many wonderful memories of writing, recording, promoting, and touring.”