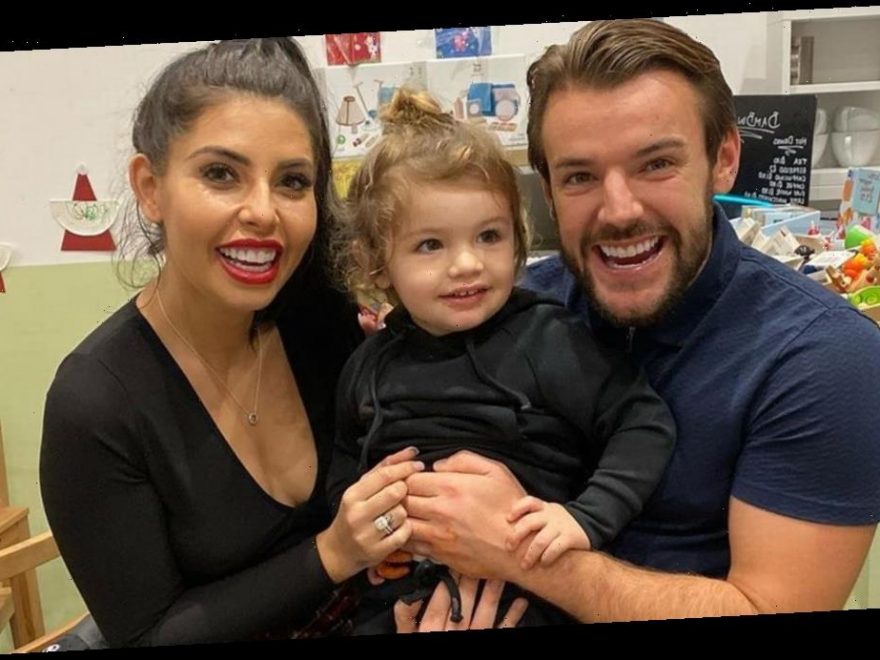 Some couples last the entirety of the show and stay together for a time afterward but many split in the end.

However, some couples have gone on to become parents since their time in the villa ends, while other contestants have found happiness elsewhere and welcomed children in their new relationships.

Jack Fincham became the latest Love Island parent today when he dropped his secret baby bombshell, revealing he became a first-time father on Friday with a mystery ex.

He refused to give away the identity of the baby's mum but insisted they plan to co-parent their little girl.

Here is a rundown of the all Love Island contestants who've gone on to have kids so far.

Luis was one of the original stars of the first season of Love Island in 2015 and was shocked when ex Cally Jane entered the villa.

The pair soon coupled up and remained together once leaving the villa.

They became the first Love Island parents when they had a baby girl in May 2017 named Vienna Morrison-Beech.

The winners of Love Island series 2 in 2016, Cara and Nathan have since appeared in recurring roles in The Only Way Is Essex.

The pair had a baby boy named Freddie in December 2017.

Cara and Nathan briefly split before reuniting and announcing their engagement in 2018.

Emma famously swooped into Love Island during its second series and had steamy sessions with love rat Terry Walsh after his girlfriend Malin left the villa.

The pair split after leaving the villa in 2016, but she later had a relationship with her boyfriend Jordan Bye.

The pair welcomed a son named Alfie in 2017 but she and Jordan split not long after the birth.

Love Island 2017 contestant Tyla didn't leave the villa in a couple but managed to settle down for a time with boyfriend Ross.

The pair had a son named Archie in December 2018 but have since split up.

Jess won the hearts of the nation in the first series of Love Island in 2015 and went on to win with contestant Max Morley.

She has since had a son named Presley James with Dan Lawry in June last year.

The star of the first series of Love Island did not stay together with co-finalist Jon Clarke.

Hannah had a baby with boyfriend George Andreeti in November 2019.

The baby was born days after her split from Andreeti.

The latest addition to the roster is Jack who won in 2018 with girlfriend Dani Dyer.

The lovable pair soon split in April 2019, with Jack going on to be linked with a number of other love interests.

On January 25, 2020, Jack confirmed via Instagram that he is now the proud father of daughter Blossom.

The baby's mother remains unknown but Jack confirmed they are not in a relationship with him but they will co-parent together.

Having been a couple since the third series in 2017, Jess and Dom went on to get married in May 2018.

The loved up pair announced on Instagram that they had become parents in October 2019 before later revealing in December that they had had a baby boy.

They have decided not to reveal their little boy's name.