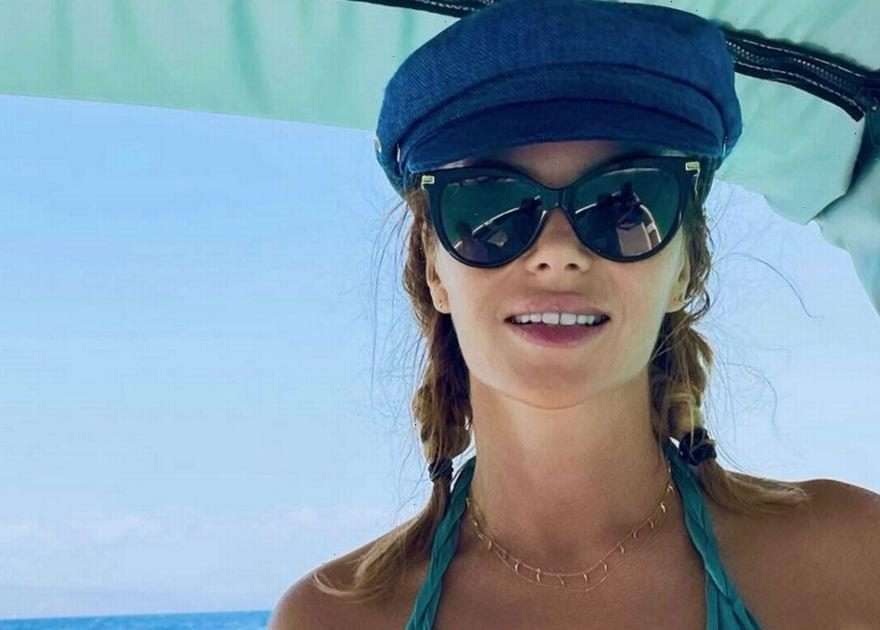 Amanda Holden is no stranger to a sizzling bikini snap and on Thursday she uploaded a sensational snapshot of her on her family trip abroad.

The presenter can be seen posing on a boat in beautiful blue waters while wearing a beautiful two-piece which showed off her fantastic figure.

The 50-year-old sported the swimwear with statement sunglasses and quaint gold jewellery.

She also appeared a captain's hat, as she posed for the photo while wearing it on her head.

Amanda tweeted the snap and captioned it: "All aboard x #holiday #familytime"

The Britain's Got Talent judge never fails to impress her followers with her daily dose of sensational snaps, and many flocked to the comment section to admire the star.

While another said: "Lovely view, sea looks nice as well"

This comes after the radio host shared another holiday snap on Wednesday showing Amanda catching the rays as she opted for a sizzling two-piece bikini that tied at her hips and her back.

Leaning on a boat, Amanda was snapped soaking up the sun as she flaunted her toned physique as she perfectly posed for the picture.

Amanda finished the look with a pair of sunnies and a subtle pout.

With sun, sea and sensational views all in the snap, it's no surprise her followers were quick to compliment her as the beauty hit a whopping 15,000 likes in less than an hour.

As comments also flooded in, one fan wrote: "Wow!", while another said: "Magnificent", while a third user chirped: "Gorgeous."

Amanda's latest snap is one of many stunning photos she's posted to her 1.7million Instagram followers since she's been on holiday, including an abundance of bikini snaps.

The beauty has been basking in the sunshine and certainly dropping jaws in the process – but although she is owning the look in her sizzling bikinis, it's not her usual attire.

Speaking on Alan Carr's Life's A Beach podcast, Amanda previously revealed that she rarely wears a bikini on holiday.

She said: "I never wear a bikini on holiday, but I wouldn't mix with other nudists. There's a difference.

"I have served the Sunday lunch naked, but no. I would never bet my n*nny out in public. In a private villa, yes."