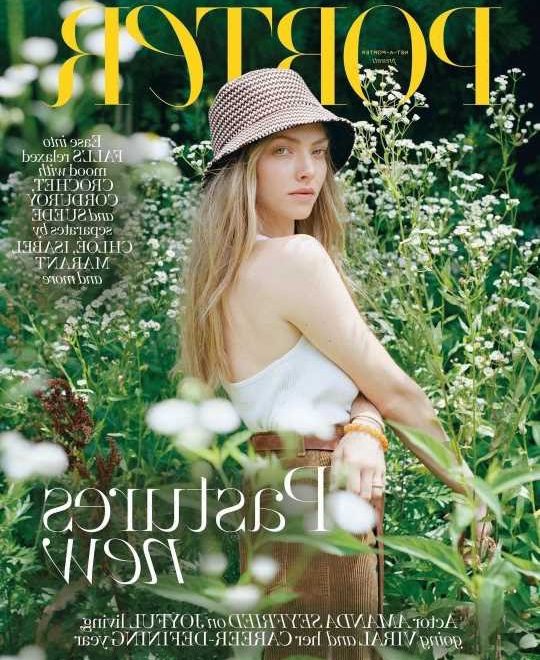 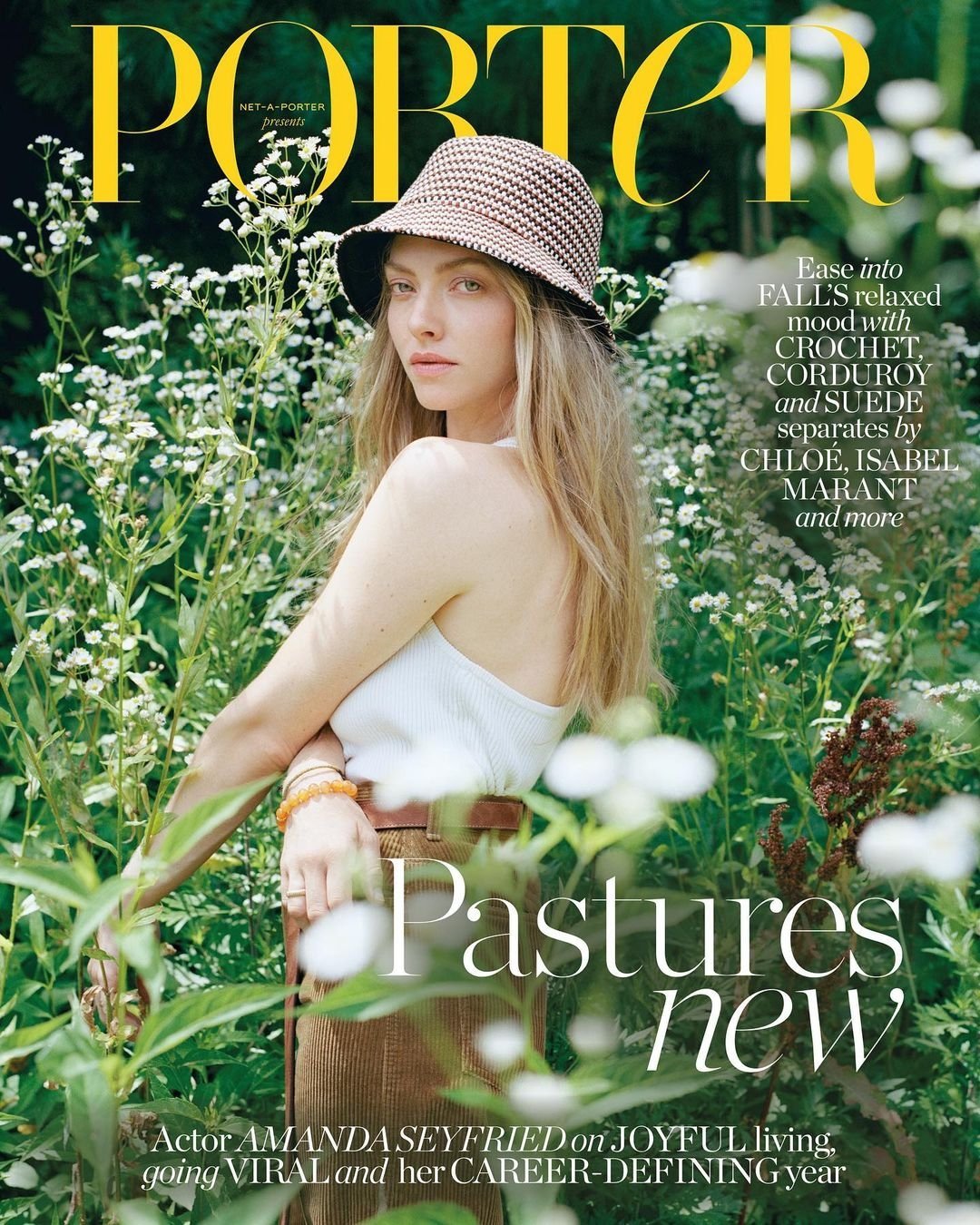 Amanda Seyfried is covering Net-A-Porter and their editorial is sexy! They have a photo of her in white bikini bottoms and a yellow knit sweater that made me go “damn.” They also have a video interview with her in which she’s wearing minimal makeup. Amanda has a blunt, matter-of-fact personality. I have mixed feelings about her in that I like her as an actress but find her a little grating. She reminds me of a friend I had in high school who was strikingly beautiful and unapologetically odd. There was no awkwardness with her despite how weird she was, she was just herself. In the interview, Amanda talks about her career, her work ethic and her personality. She says outright that she’s not entitled at all, which is like calling yourself “cool” right? I don’t know if you’re the person to make that decision. Here’s some of that interview, with more at the source:

On playing Elizabeth Holmes and her goals for her career
You’ve done all this preparation and it’s muscle memory now; you’re already walking and talking differently, so you’re halfway there. Now, you just gotta have the emotion behind it as the character. It’s so fun. And maybe it’s just that I was born to play that type of person, who walks like that and talks like that, maybe it’s a one-off. But I don’t think it is. I want to be a character actor and I want to play different people.

On being nominated for things
It’s kind of surreal that we’re here now, that we got nominated, and I got nominated; I got singled out. I didn’t spend any part of my career singled out, ever. [I had] no expectation of being singled out, and that’s partly my self-deprecating nature. Never expecting anything great, preparing for the worst, but just continuing to walk on my path.

On not being discouraged by rejection
When I meet somebody who’s younger, like in their twenties, and they get rejected… by a job or something like that, it crushes them completely for a minute. Nothing can crush me completely, when it comes to work. I’m uncrushable! Not one thing can crush my life, unless it has to do with my family.

The first time she recognized her own power
I knew just how powerful I was when my first baby squeezed out of my body. Now the human is like this tall and it’s the most empowering thing ever.

I like that she says she wants to be a character actor and that’s a goal for her. She’s very skilled at it and can play all types of characters. Amanda was mesmerizing in The Dropout and I also particularly loved her in Mama Mia 2. Like I said she’s not my favorite person, but she owns her quirkiness and she’s very much an artist. She’s also dead honest and open and I admire that in a person. As for her thoughts about recognizing her power when she’d given birth, that was interesting to me because I’ve never considered it as something amazing I did. Having a child was just a hard thing I had to get through regardless of how I felt about it. Countless other women have done that too. Maybe we should be taking more credit for it. It sounds like Amanda is making sure she takes credit for the sh-t she does.