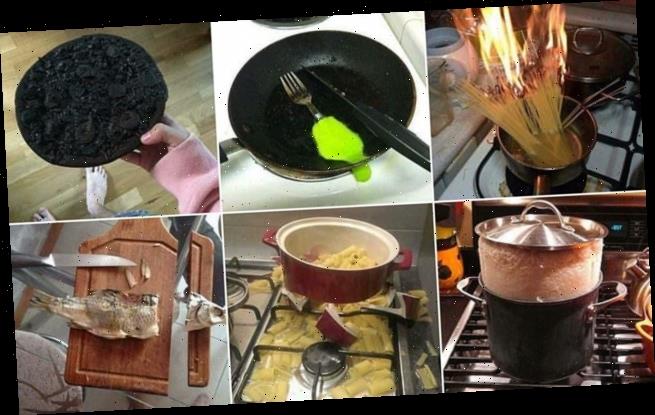 Don’t go to these houses for dinner! Amateur chefs reveal their disastrous cooking fails – including an exploding pan and spaghetti on fire

Whipping up a culinary masterpiece takes a lot of skill – but some people could do with going right back to basics before being let loose in the kitchen.

Amazing Food Videos, an Indian-based Facebook channel dedicated to sharing all things food has revealed some of the most hilarious kitchen disasters.

So if you think you’re a bad cook, look no further than these amusing snaps, which will surely make you feel better about your own culinary skills.

They include everything from an overflowing mug in the microwave, exploding pans, and extremely burnt dishes. 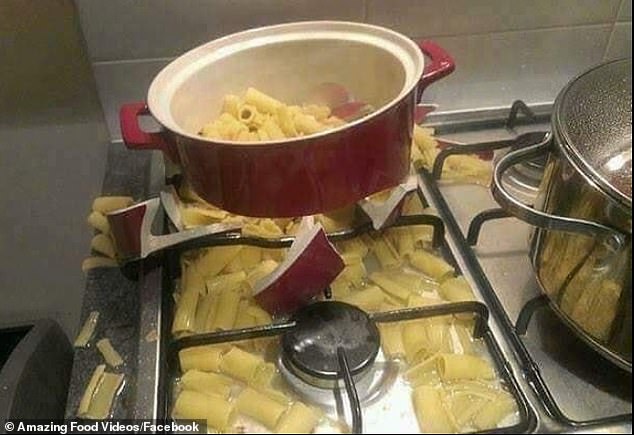 A pasta disaster!  A no-fuss pasta meal for this amateur chef turned into quite the mess when their pan exploded – leaving their dinner spread across the job 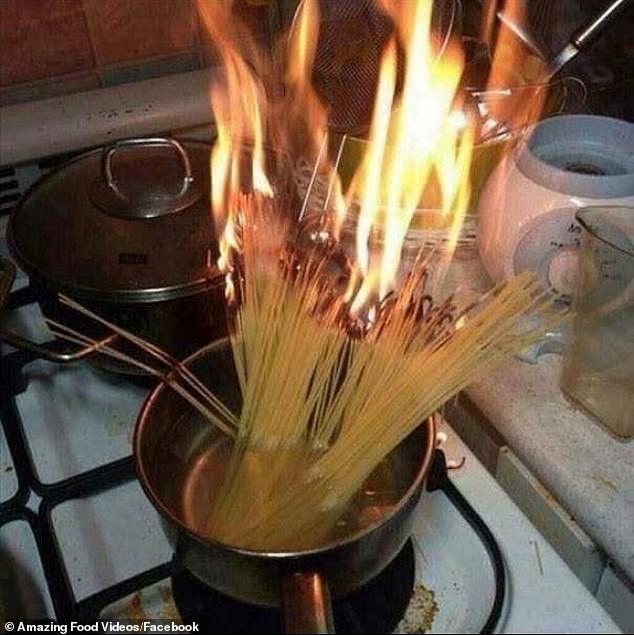 Burn baby, burn! Another amateur chef must have needed the local takeaway and the fire brigade on speed dial after this failed culinary attempt 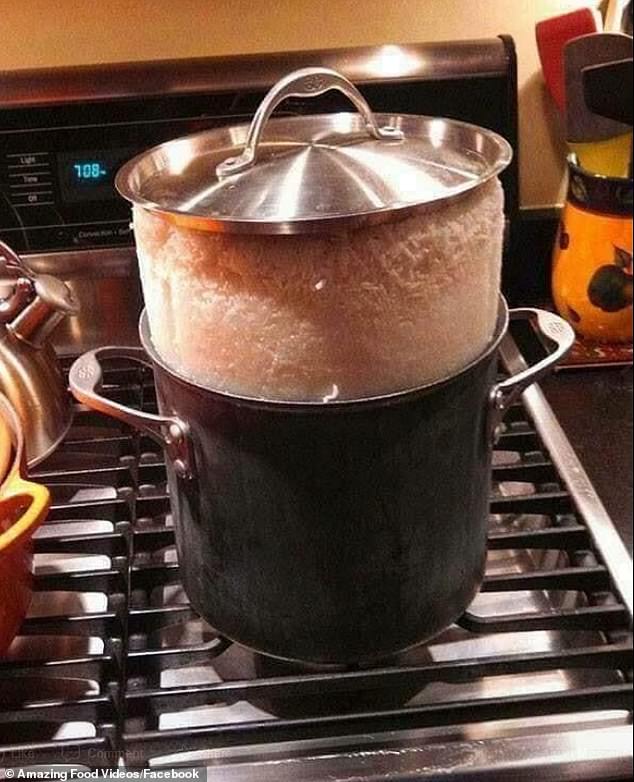 Not so nice rice! This disastrous cooking attempt probably taught the unidentified owner one thing – to invest in a rice cooker 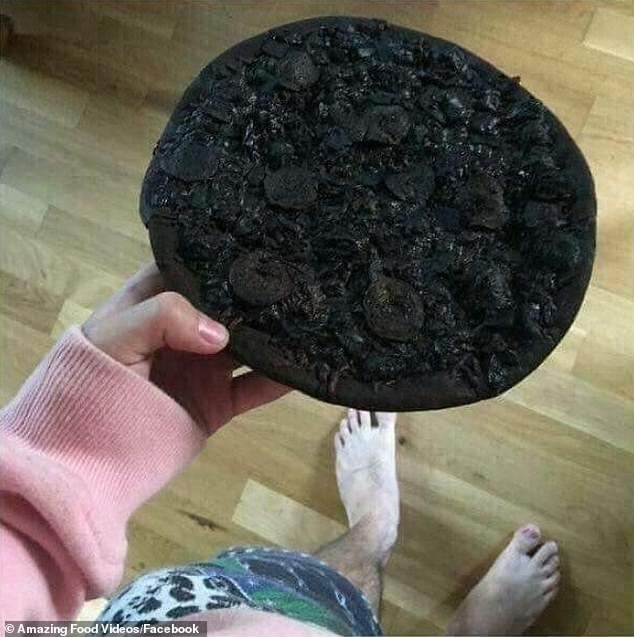 Disaster! Although this looks like a dark chocolate chip cookie, this is in fact a completely cremated pepperoni pizza 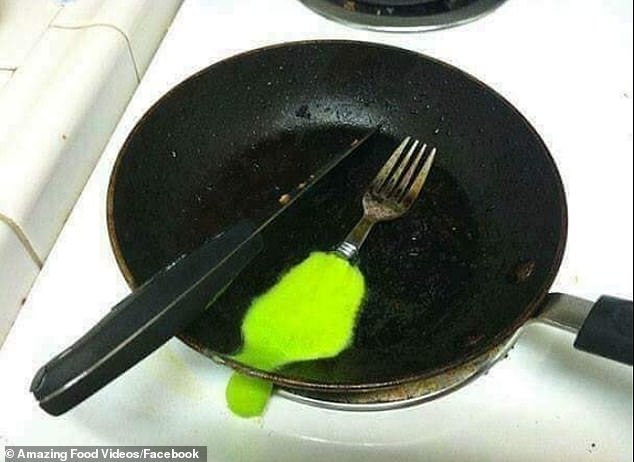 A snack attack: Appearing to want a quick treat, this unidentified chef was in such a rush they forgot to pick their fork off their pan, resulting in a melted mess 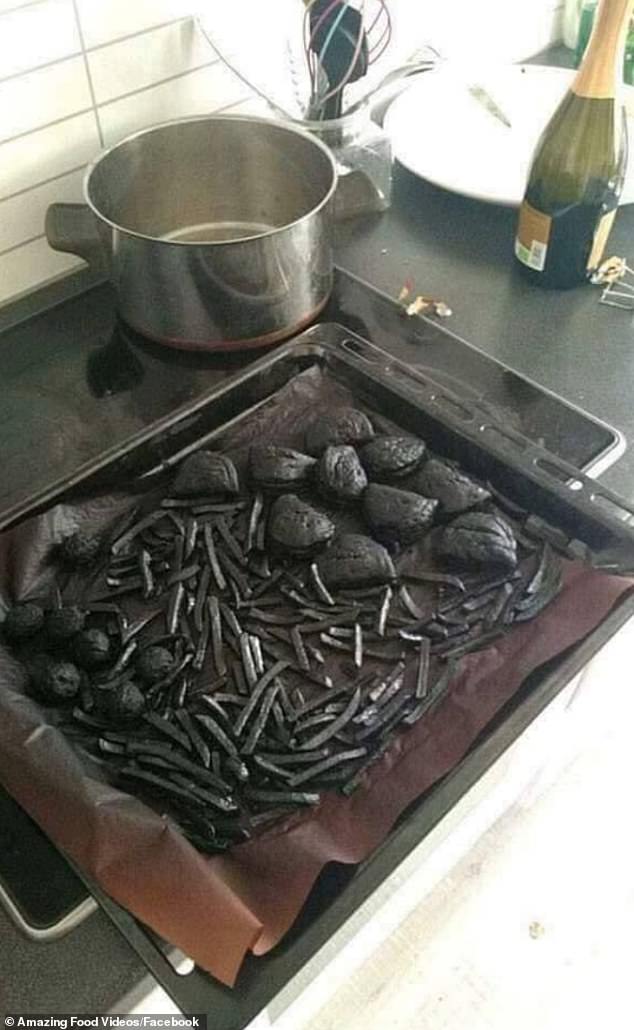 Burnt to a crisp! This is seemingly the result of someone who fell asleep after sticking his dinner in the oven 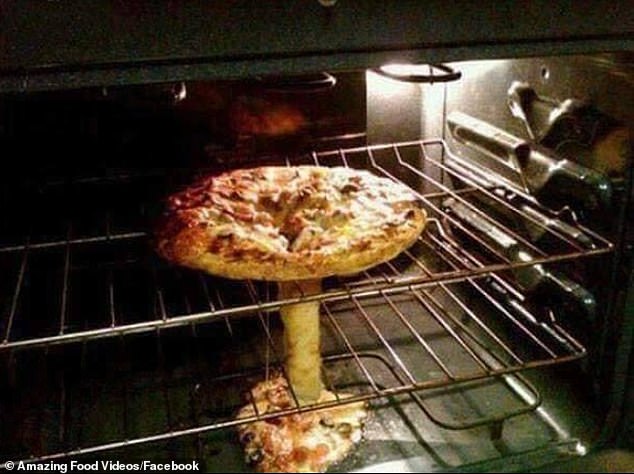 It’s the thought that counts: Even cooking a pizza proved to be a struggle for some amateur cooks, with this dish falling straight through the oven’s shelf 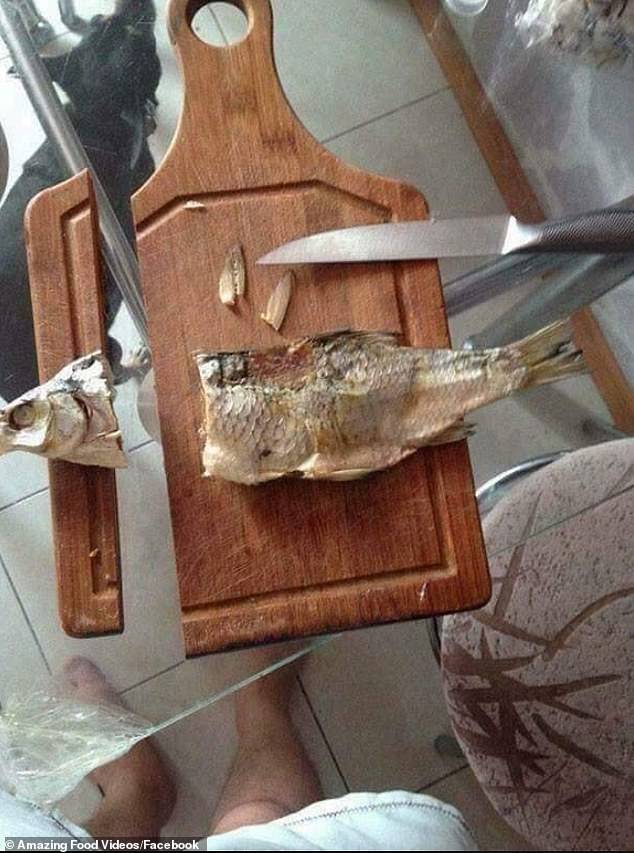 Brute strength! One chef, based in India, obviously couldn’t contain his strength when deboning his fish and was left with a cracked chopping board 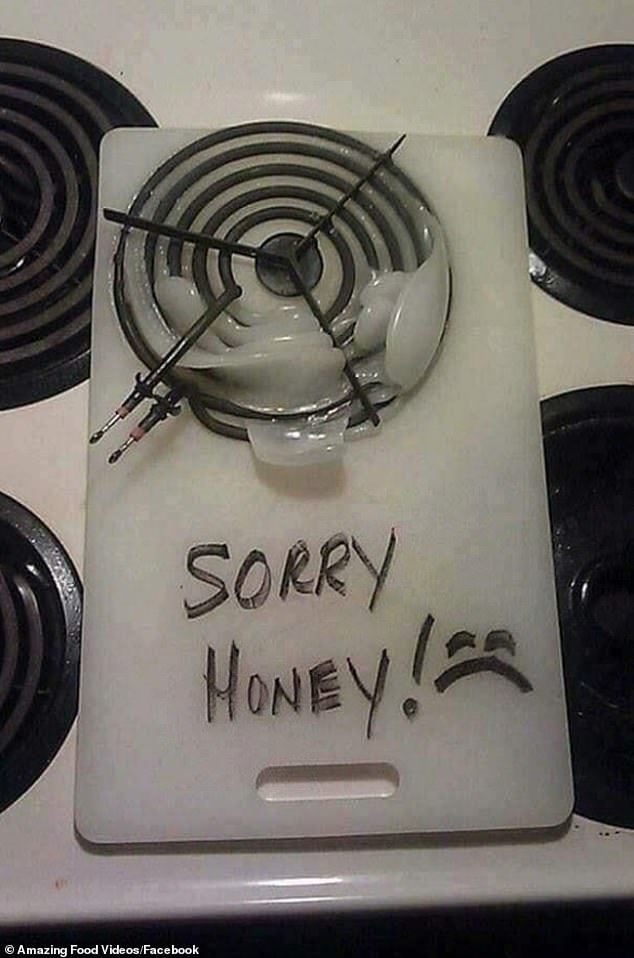 Oops! One anonymous amateur chef tried to apologise after they melted a plastic chopping board onto the hob quite literally 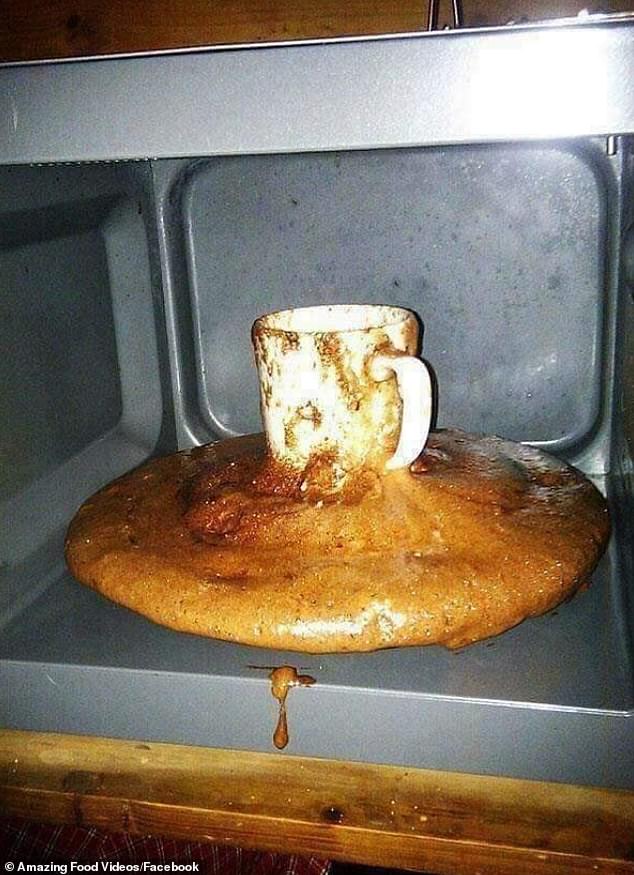 Mugged off! One amateur chef overestimated the amount of time he needed to pop his drink in the microwave for – hence this catastrophe 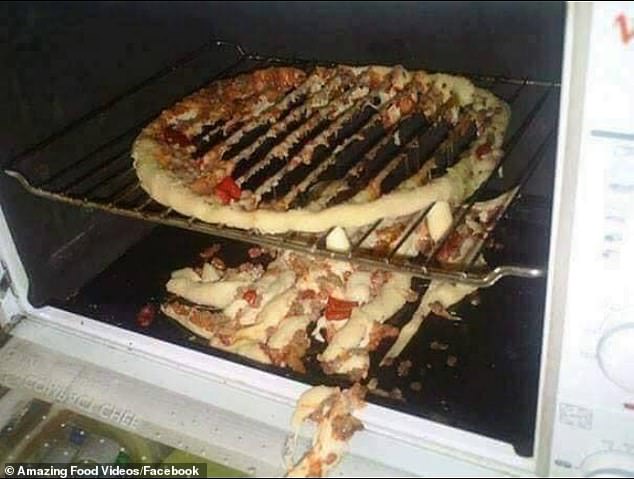 What were they thinking? All the toppings have fallen off this pizza and are dripping down into the shelf below after it was put in the oven without a tray 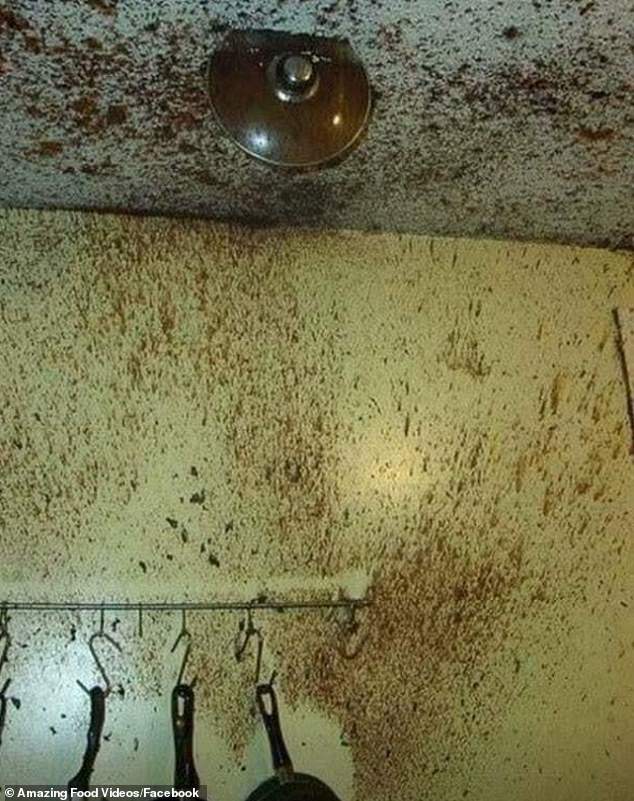 What a mess! It’s unclear how this catastrophe in an undisclosed location happened but it appears that a pan exploded so violently that its lid was lodged into the ceiling