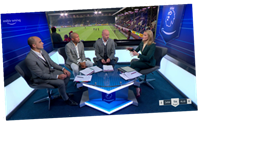 Amazon Prime Video became the fastest-growing streamer in the UK in the final three months of 2019 after broadcasting Premier League football for the first time.

The streaming service embarked on a giant marketing push to promote its Premier League coverage, which coincided with two of Amazon’s biggest deal days: Black Friday and Cyber Monday.

The events propelled Amazon Prime Video to 7.14M subscribers in Q4 last year, according to BARB, Britain’s foremost TV audience measurement body. That was up 35% on the same period in 2018, when Amazon had 5.28M subs.

Netflix remains comfortably the biggest streamer in the UK after its subscriber numbers increased by nearly 20% year-on-year to 12.35M between October and December 2019.

The BARB data showed that Now TV, the streamer service owned by Comcast-backed Sky, had a flat year. Its 1.69M customers in Q4 was only marginally above the 1.57M recorded over the same period in 2018.

BARB added that the proportion of UK homes with a subscription to at least one of Netflix, Amazon or Now TV passed 50% for the first time.