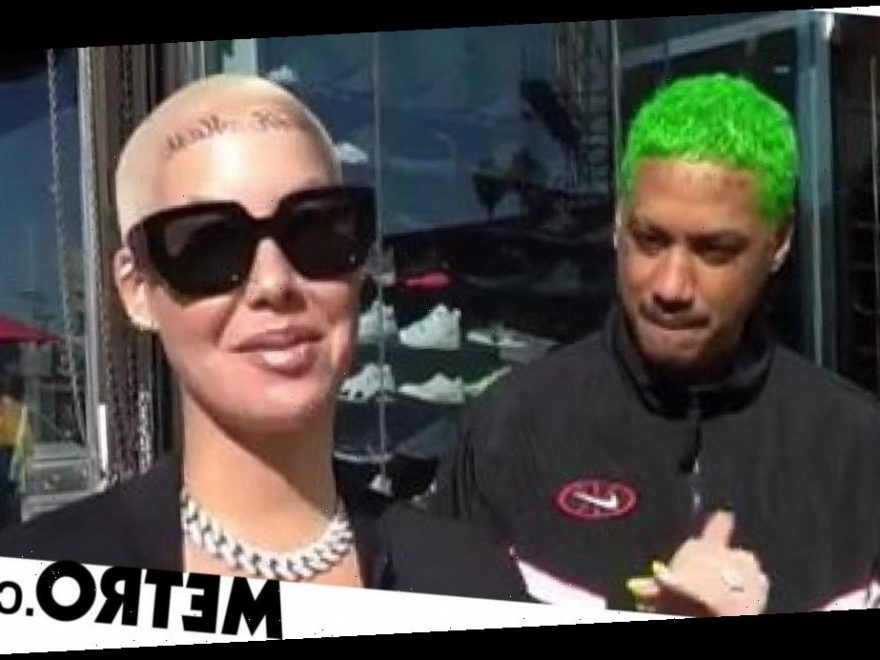 Amber Rose has revealed possibly her boldest tattoo to date after appearing to have her children’s names tattooed across her forehead.

The 36-year-old model is the proud mum of two children – son Sebastian aka Bash, whom she shares with ex-husband Wiz Khalifa, and baby boy Slash, whom she welcomed just three months ago with boyfriend Alexander ‘AE’ Edwards.

There’s no denying that Amber has fully embraced motherhood but she’s now made the ultimate declaration of her love to her boys.

Last week, Amber headed out on a shopping spree for trainers at Cool Kicks in Los Angeles with boyfriend AE.

The pair looked just as loved-up as ever but there was something particularly noticeable about Amber.

And it was more striking than her famous blonde buzzcut.

The model clearly had ‘Bash’ – Sebastian’s nickname – tattooed on the left side of her head, while ‘Slash’ was inked on the right, just underneath her hairline.

Surprisingly, Amber is yet to do a big reveal on social media making her new tattoo quite a surprise.

During the shopping trip, Amber was feeling generous and paid for a fan’s bill in a clothing store when their card got declined.

‘Girl can you please tell me what she got a tat of on her forehead!? I’m like her biggest fan and low key freaking out Lmaoo,’ a concerned fan weighed in.

Another stated: ‘Omg please tell me that tattoo is not real.’

But others rushed to Amber’s defence, with one supporter hitting back: ‘You guys stop tattoo shaming.’

Questioning the double standards, one argued: ‘So these male rappers can have tattoos lit from head to toe and Amber Rose gets a hairline tattoo and her sanity is in question?’

Having a change of heart about Amber’s bold new ink, one admitted: ‘I can’t believe amber rose really got a forehead tattoo I honestly like how it looks tho.’

Of course, Amber isn’t the only celebrity to brave getting a face tattoo as Post Malone, Aaron Carter, Kehlani and Tekashi 6ix9ine are among those to take the plunge.

Oh, and her boyfriend AE also has a new hairline tattoo with Slash’s date of birth scrawled on his forehead.

Guessing they held each other’s hands throughout the process.

Got a showbiz story?