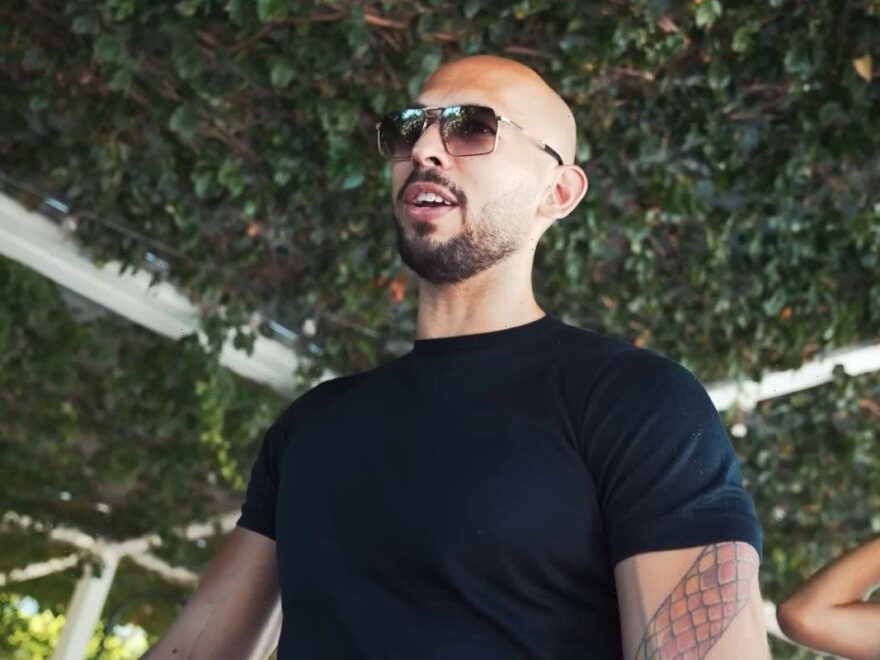 The arrest of the controversial influencer and his sibling arrives after the former started a feud with environmental campaigner Greta Thunberg upon his return to Twitter.

AceShowbiz –Andrew Tate and his brother have been arrested in Romania. The controversial media personality and his sibling Tristan were busted on Thursday, December 29 for human sex trafficking.

According to reports, the British former kickboxer and his brother have been under investigation since the Spring of this year. They have been accused of kidnapping two young women in their villa in the town of Voluntari.

The Directorate for the Investigation of Organized Crime and Terrorism (DIICOT) reportedly also executed a raid at Tristan’s home. In a vidoe surfacing online, Andrew was seen covering his head with his hoodie while being escorted out of the house in handcuffs by cops.

The human sex trafficking is not the only allegation the Tate brothers are facing. The pair have been accused of rape and creating a criminal organization.

Andrew’s arrest came after he started a feud with environmental campaigner Greta Thunberg on Twitter. “Hello @GretaThunberg. I have 33 cars. My Bugatti has a w16 8.0L quad turbo. My TWO Ferrari 812 competizione have 6.5L v12s,” he first boasted.

“This is just the start,” Andrew, who just returned to Twitter after getting banned, added. “Please provide your email address so I can send a complete list of my car collection and their respective enormous emissions.”

Greta responded to the tweet by writing, “Yes, please do enlighten me. Email me at smalld**[email protected]” Still, Andrew continued mocking the Swedish activist replying back, “Thank you for confirming via your email address that you have a small penis @GretaThunberg. The world was curious. And I do agree you should get a life.”

While he was welcomed back to Twitter by Elon Musk, Andrew remains banned from other platforms over his misogynist posts. The season 17 star of U.K.’s version of “Big Brother” was banned from YouTube, TikTok, and Meta platforms Facebook and Instagram.