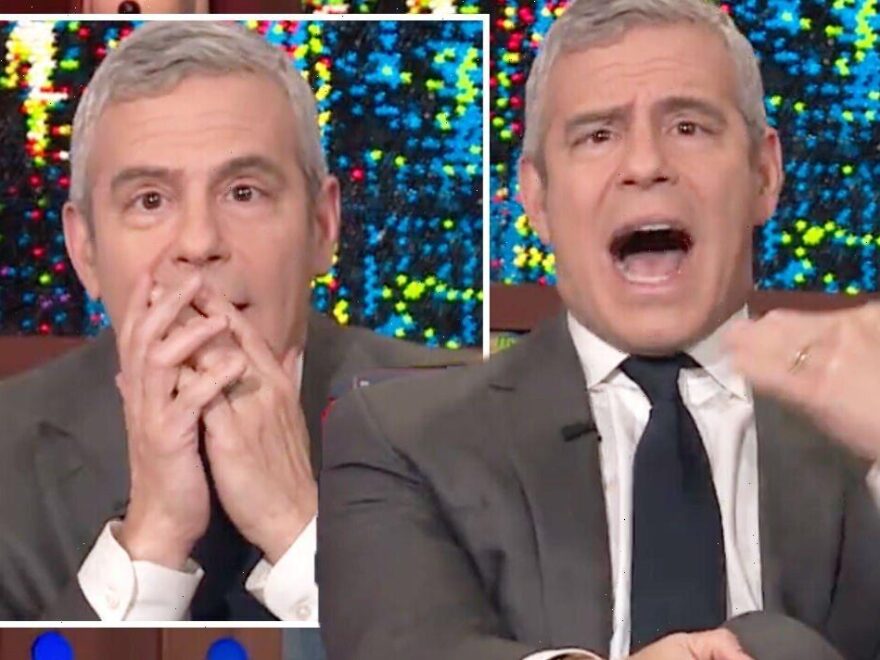 Bravo host Andy Cohen isn’t normally one to let out an expletive when fronting Watch What Happens Live but during Tuesday’s broadcast, he couldn’t stop himself. The popular TV presenter was letting rip against a new TikTok trend which sees users “prank” their parents by telling them their favourite celebrity had died as he pleaded for his name to not be involved.

His rant came as he began Watch What Happens Live’s typical Jackhole of the Day segment.

He continued sarcastically: “It goes to the viral TikTok trends where people pull a hilarious prank by telling their parents their favourite celebrity has suddenly died.

“Now, for the last two weeks, people have been sending me videos of their loved ones being told that I’m dead.”

Taking aim at those who’ve used his name, Andy raged: “I have no desire to experience people’s reactions to me dying.

“I am scared enough of dying in reality without having to watch bizarre simulations of it over and over again.

Realising he’d inadvertently sworn, Andy clutched his mouth with his hands as his guests began to chuckle.

The studio audience also gasped and giggled before Andy returned to finish his fiery takedown of the trend.

He continued: “(In) Andy Cohen death reaction videos, you freaks!

“Why is this even a thing, it’s not even funny!” Andy added before he addressed the F-bomb.

“That was the first time I’ve ever done that on this show,” he said with a smile before he tried to regain composure.

The audience cheered before Andy sympathised with those affected by the trend.

“I want to thank all the TikTok mums for their tears. I was very touched, then horribly depressed – stop now you TikTokers!”

While Andy himself was shocked by his slip-up, fans at home quickly weighed in with their own surprised reactions.

While @_MissLeandra added: “It’s the first time Andy has ever dropped an f-bomb on the show. He said stop playing on his name.”

Elsewhere, @TheEskendereya commented: “Chile I would have dropped the f-bomb too. I’m glad this stupid trend got the disrespect it deserves.”

And @dad2dab sympathised: “My daughter did that prank to me on Christmas & Andy I was fairly devastated with the news…sorry that it’s on Tik Tok.” (Sic)

Watch What Happens Live with Andy Cohen airs Sunday to Thursday on Bravo in the USA.