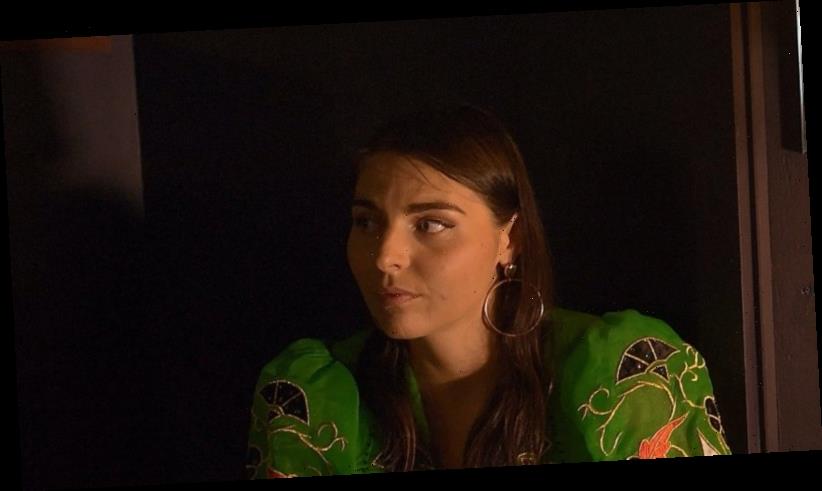 Fifteen years ago, on the day Ange Lavoipierre was diagnosed with leukaemia, a member of her church visited with a message.

“They said maybe I should consider that this was God’s way of trying to tell me something,” she says. “I had a VHS tape of The Wizard of Oz, that was the nearest object to me, and I threw it at his head. And missed. 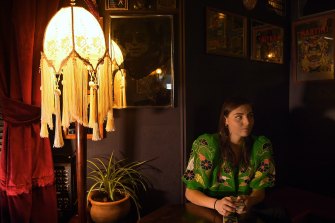 Comedian and ABC journalist Ange Lavoipierre at The Bearded Tit, a bar in Redfern.Credit:Kate Geraghty

“I regret missing but it’s also good because that would have been assault.”

This moment set in stone the 15-year-old’s already growing doubts about religion. It has also become part of Lavoipierre’s new show, Zealot, a solo comedy running at the Giant Dwarf that explores her teenage scepticism, sense of guilt and incredulity at the ways religion was interpreted to her. As a young Christian keenly attending a conservative church in Bathurst, metaphors were liberally applied.

“I vividly remember being told that your body was like a car and you should treat your car like God gave you a BMW,” she says. “Lend it to the one person, and that person would be very important to you. Don’t act like God gave you a Datsun that you would lend to your friends and your brother’s friends and they’d leave their wet bathers in there and then scratch it up and take it to the river. 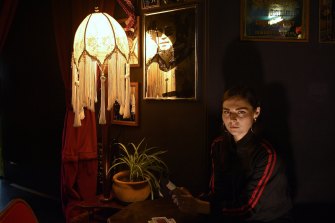 Lavoipierre is performing her new work ‘Zealot’, a ‘demented excavation’ of leaving God behind and embracing her inner heathen.Credit:Kate Geraghty

“The ways you could extend that metaphor at will. It just writes itself.

Two years of successful cancer treatment followed and, in 2009, she moved to Sydney to become an ABC journalist. After years as a news and investigative reporter, and Triple J newsreader, she is now co-host of the ABC’s daily news podcast The Signal.

She also joined comedy act The Bear Pack, playing cello on stage to accompany Steen Raskopoulos and Carlo Ritchie’s live improv storytelling. More recently she developed an all-female web comedy series called Impostors, written and created with Jane Watt and director Kate Cornish, which centres on failure and features bungling characters ranging from social workers to butchers, children’s entertainers and barristers. And, in her spare hours, she is part of improv country music act The Plonk Family Band with Ritchie and Wyatt Nixon-Lloyd.

Zealot, Lavoipierre’s second full-length comedy show after 2019’s Final Form, is a work-in-progress but is slated for the Adelaide Fringe, the Melbourne International Comedy Festival, the Sydney Comedy Festival and, most likely, the Edinburgh Festival Fringe.

“Did God invent herpes?” she says. “Does Santa believe in himself? Is the Google blue dot sentient? I’ll give you answers in so far as there are any. And I’m a firm believer that there aren’t.

“Zealot is not about kicking holes in religion and what it offers people. It’s about the absurdity of the way that God is served up to us, particularly as teenagers.

“It’s a critique of the institution. It’s not the meaning of life.”

Zealot is at Giant Dwarf on January 30 and February 1.