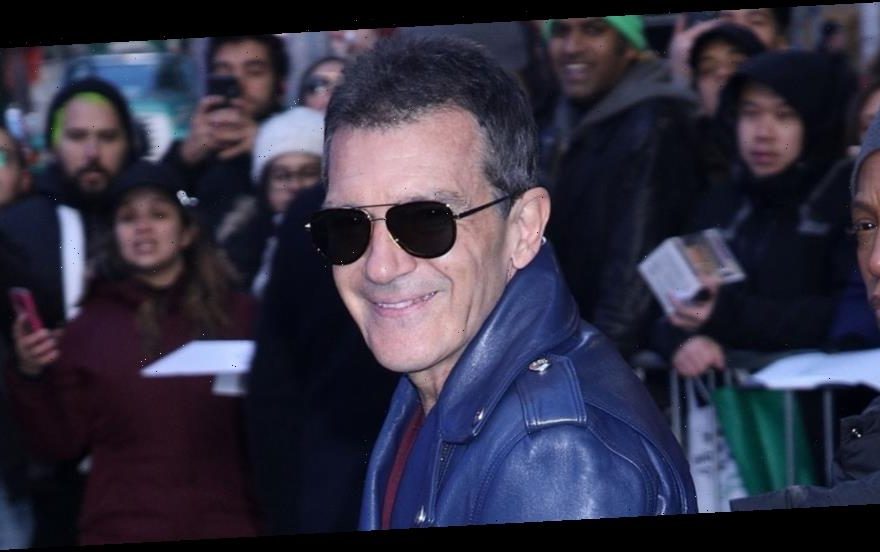 Antonio Banderas smiles back at the cameras while leaving ABC Studios in New York City on Tuesday (January 28).

The 59-year-old actor stopped by Good Morning America and opened up about his Oscar nomination for Pain and Glory.

“You have no idea how important they are around the world. It’s very strong,” he shared about the nomination. “For someone like me to get a nomination in a little movie, speaking my own language, Spanish. It’s a big deal.”

Antonio also revealed where he was when he learned of the nomination – in a a restaurant in his hometown of Málaga, Spain.

“I was having lunch with the mayor of the town,” he recalled. “I looked at [my phone] and I saw that the movie was nominated for Best Foreign Film. I thought, ‘Well, I’m very happy but my nomination already passed.’”

“Suddenly, I am in the middle of lunch and the phone started ‘beep, beep, beep, beep, beep, beep.’ I look and it was 300 messages. ‘You’ve been nominated.’ 50 minutes after that, there were like 100 paparazzis at the door of the restaurant. It was unbelievable,” he shared.

READ MORE: Antonio Banderas On His Oscar 2020 Nomination: ‘I Was Surprised’!