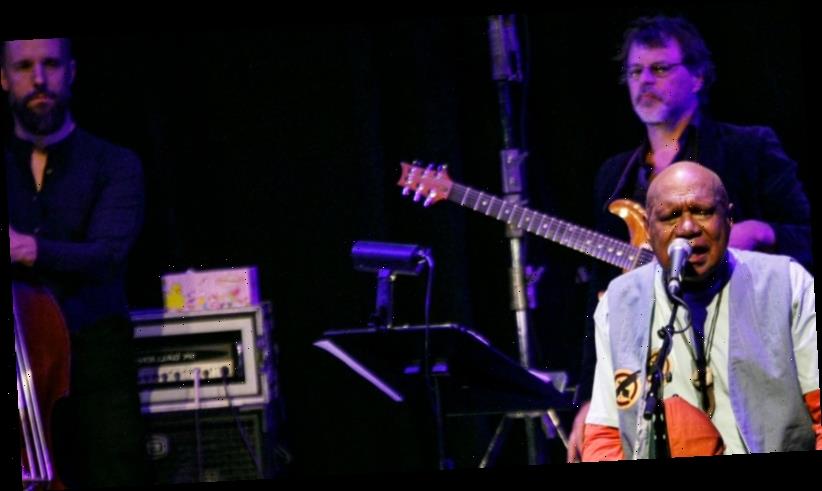 Some song-writers wrap themselves in cloaks, whether of enigma or inanity, and some bare their souls. Then there's Archie Roach.

His recent autobiography and eponymous album, Tell Me Why, show how inseparable are his life and his songs, and when he bares his soul, it's never to wallow in his own pain but to engender sharing and inclusivity. If his impetus for writing has often been hurt, his songs communicate resilience in the face of that hurt. 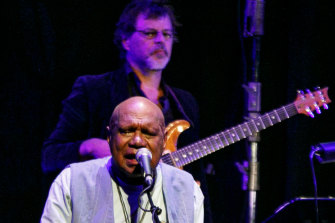 Archie Roach bares his soul as he sings stories from his life.

The voice that sings them is just as compelling. It can be as gentle as a big man playing with an infant; it can waft across the words like they are the sky and the voice a series of puffy clouds, blurring the consonants. On one of his finest songs, Tell Me Why, in which he describes his rapture at watching his foster-mother, Dulcie Cox, brush out her silver hair at night, his voice coarsened until it emanated from a gravel pit adjacent to that of Tom Waits. Yet more telling than the graininess and naked honesty was the overwhelming sense of a life lived large. Despite his suffering, Roach hasn't shied from the power to relish beauty, not as an aesthetic, but as a lived experience.

Not a well man, he arrived on stage in a wheelchair and perched on a stool while he sang. There was no longer a guitar in his hands, the accompaniment provided by a band that empathised with his music the way he does with the wider world. Given the horrors the country has faced in the past months and days, he even half-apologised for the title of the encore, Place of Fire, a song about welcoming and homecoming. 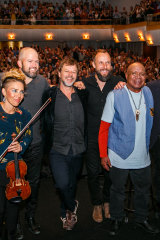 Archie Roach with band members after their show.

The concert was almost as much composed of his telling the stories that lay behind the songs as it was of the songs, themselves. Sometimes those yarns became cyclical and you came to long for the song to start, and sometimes you were impaled by the depth, potency or perspicacity of an observation or memory.

The project saw Roach reunited with pianist and musical director Paul Grabowsky, who played an achingly lyrical solo on the late Ruby Hunter's tale of urban homelessness, Down City Streets. They were joined by guitarist Stephen Magnusson, violinist Veronique Serret, bassist Sam Anning, and drummer Dave Beck: a supple unit that never crowded Roach's voice, although it could have raised the temperature of Little by Little a little more.

Sharing the singing for two songs was the warm, soulful voice of Emma Donovan, including on Roach's favourite childhood hymn, Just a Closer Walk with Thee, performed as a tribute to the magic of Louis Armstrong and Mahalia Jackson's version. Didjeridu master William Barton collaborated on Nopun Kurongk, enjoying an improvised dialogue with Serret that transported us far from the City Recital Hall to some vast and empty landscape. No, not empty: gilded with stars, and filled with Roach's enormous heart.