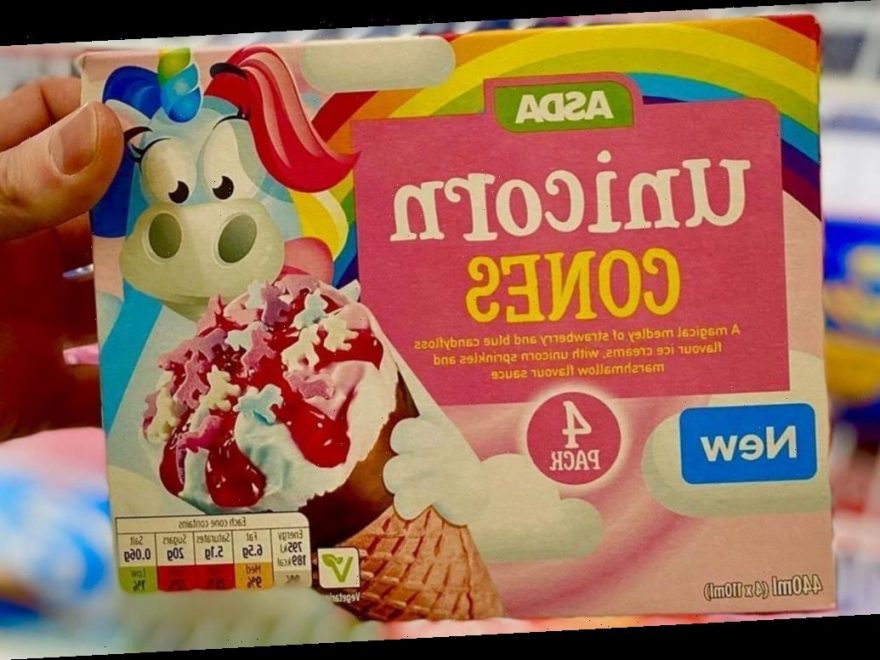 The frozen snacks are made with a blend of strawberry and blue candyfloss flavoured ice cream, making them ideal for anyone with a sweet tooth. 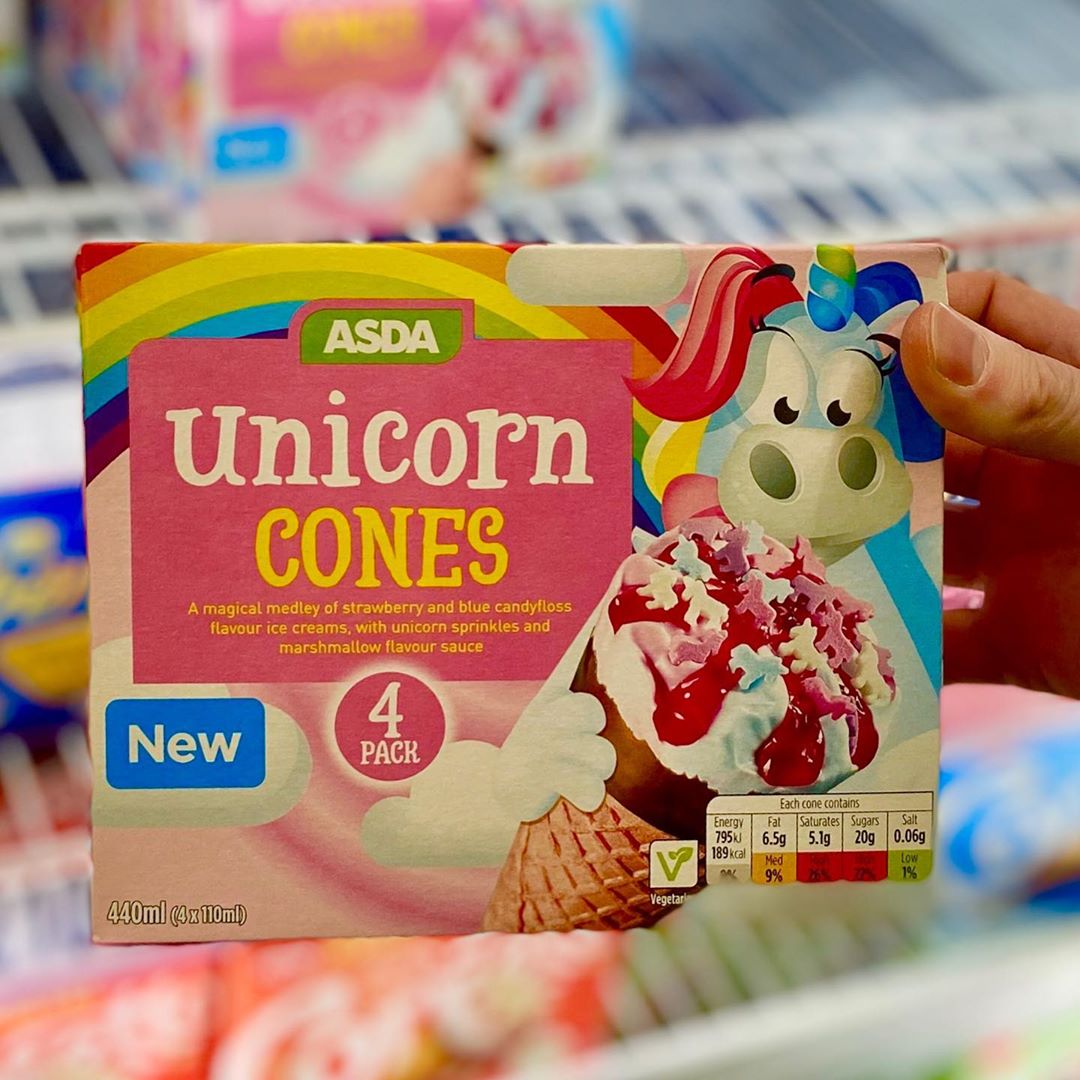 The treats are then topped with a marshmallow flavoured sauce and finished with multi-coloured unicorn-shaped sprinkles.

The own-brand treats come in packs of four and cost £1, making each cone cost just 50p.

Each snack contains 110ml of ice cream and has 189 calories, around the same as a classic Cornetto.

The supermarket already stocks tubs of the magical dessert but it doesn't come stuffed in its own waffle cone.

The 900ml tubs cost £2 each so you will be getting more ice cream for your money, but you'll need to buy the cones separately which will eat into your savings.

Asda also already sells unicorn-shaped lollies but these are made from just one strawberry flavour ice cream and don't come with the drizzle, sprinkles or cones.

The bargain treats were spotted by Instagrammer NewFoodsUK where a post has already received hundreds of likes.

One shopper wrote: "My little girl would love these", while another said: "They do cones now so you don't need eat the whole tub".

But as Britain braces its for snowstorms, Asda's unicorn ice creams are the only ones that we can find currently on sale.

If you can't get enough of unicorn-themed merchandise, then you'll be keen to know that Aldi shoppers have managed to snap up giant £20 unicorns toys for just 99p.

But bargain hunters are also being urged to check for unicorn-shaped hot water bottles sold at Matalan, which have been recalled over safety fears.