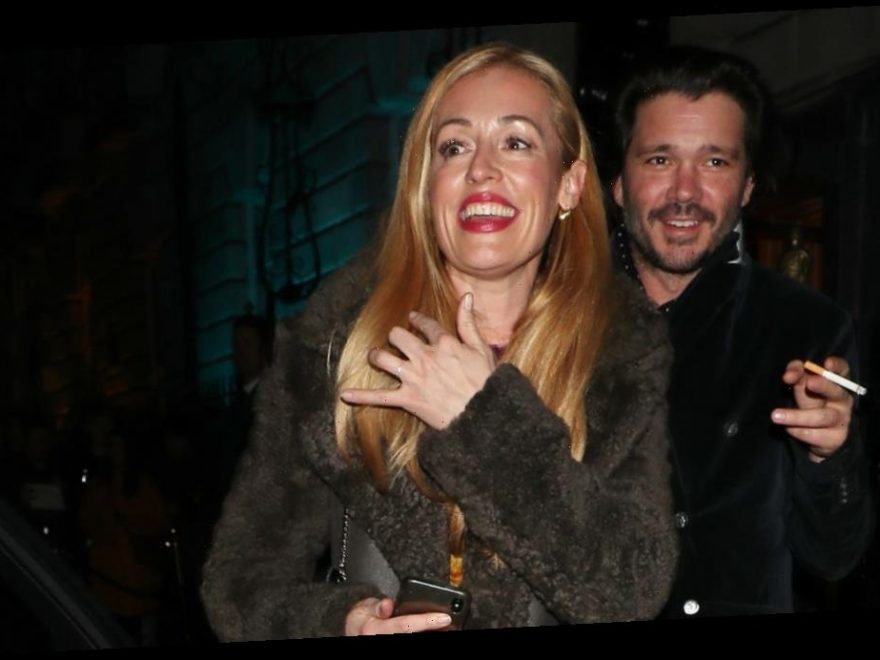 Stars descended on the Royal Albert Hall last night for the annual BAFTAs and many of their nights did not end when the ceremony finished.

A number of celebs ensured they continued having fun as they headed to different after-parties dotted around the capital and made sure they made the most of the free-flowing booze  – which left them a little worse for wear when they headed home in the early hours.

The booziest bash of the night seemed to be the Vogue x Tiffany Fashion & Film after party held at hotspot Annabel's.

Leading the stumbling stars was Cat Deeley as she put on a smiley display as she wrapped up a warm coat as she left the party.

The presenter was in high-spirits as she walked along the pavement, sporting a flushed face, with a pal in tow.

Similarly to Cat, Charlize Theron appeared to have taken full advantage of the fizz on offer as she rubbed shoulders with a doorman as she walked down Annabel's steps to get 40 winks after the heavy night.

Liam Payne also looked like he was trying very hard to give off a sober vibe after the star-studded affair as he walked along the pavement with a stony face.

Another roaring party was held at The Grosvenor House Hotel in Mayfair – which was attended by Olivia Colman and Renée Zellweger.

Both the leading ladies ensured they had a night to remember as they were pictured looking bleary-eyed as they exited the upmarket venue.

Zellweger – who won Best Actress earlier on in the night- was unable to contain her excitement as she roared with laughter as she hopped into her car service that was delivering her back to her hotel.

Queen star Olivia was so overcome with boozing that she slumped herself in the back of a car before whizzing off to sleep off the buckets of booze that had been consumed.

Another party across town was at London's Chiltern Firehouse which was hosted by Netflix.

Blonde beauty Scarlett Johansson seemed to have had a ball as she loose at the streaming giants party.

So much so that she laddered her sheer tights from her thigh to her mid-calf.

The Black Widow actress beamed from ear to ear and looked giddy as she sauntered out of the venue – with assistance in the early hours – to be met by her chauffeur driven car.

Rihanna was also in attendance and looked like she was highly focused on remaining upright as she tottered out of the party in her black stiletto shoes.