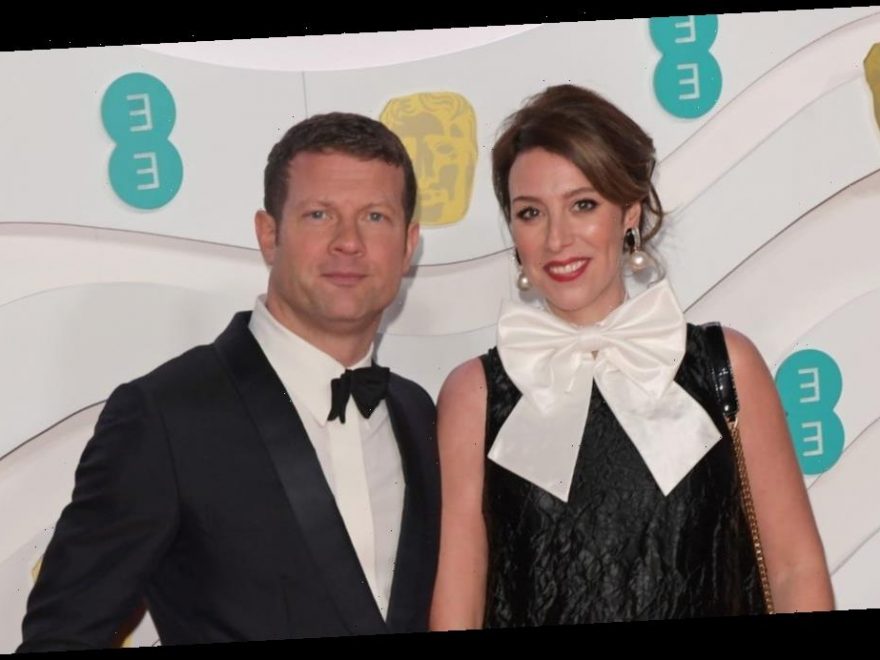 Dermot O'Leary and his wife Dee Koppang walked the BAFTAs red carpet together the day after announcing their baby news.

The X Factor host, 46, looked suited and booted in a navy tuxedo and matching bow tie as he posed for pictures with Dee.

She showed a hint of baby bump in a black feathered number with a huge white bow on the collar.

Dee, 46, carried a black YSL handbag on one shoulder and accessorised with two delicate bracelets.

Her brunette locks were worn up in a stylish bun and she sported a coat of red lipstick with heavy black eyeliner.

The mum-to-be was glowing as she posed with one arm around her husband of seven-years.

Despite being about to interview some of the biggest names in showbiz, Dermot didn't look nervous at all.

He was clearly in high spirits after he announced he's about to become a father last night.

Dermot shared the news on Instagram by posting a picture of a sign that read: "Koppang O'Leary productions presents 'New Arrival'. Coming soon."

And he confirmed that the new arrival in question is their first baby, captioning the post: "We're pleased to announce that we’re expecting a little Koppang O’Leary… @deekoppangoleary."

The couple met in 2002 when they worked for the same TV production company.

They got engaged in New York in December 2011.

Back in 2015 Dermot said he was hoping to start a family with Dee soon.

He told Fabulous Magazine : "I definitely want kids, but I've got a very busy wife with a very busy life.

"It's not fair for me to say, 'I want kids now'. I do want kids with my wife, but I want them when we both think it's the right thing to happen."