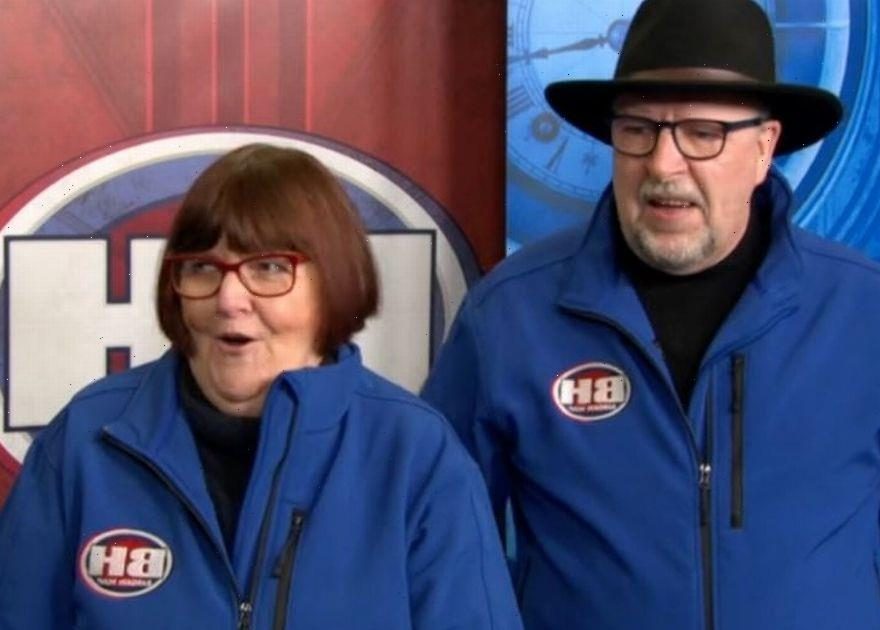 An antiques expert has left Bargain Hunt viewers questioned when he failed to make a profit out of a pair of heavily damaged pottery figures.

Expert Jonathan Pratt had a budget of £95 to look for a surprise item at an antiques fair in a bid to boost the profit of his guests' auction challenge.

His teammates, Andrea and Bruce, made a loss of £90 from the three items they picked from an outdoor antiques fair and they hope Jonathan's expertise could help them to break even the bank.

Jonathan bought a pair of early 19th century garden-themed pottery figures – a male and a female – holding a flower pot with leaves decoration on the back.

"I'm a keen gardener and I think people do buy into these but I like to buy something with a bit of history," he told host Charlie Ross.

"They've got a lot of extremities and it gets damaged, okay, you're going to find a little damages but it seems there's a little bit more than I recognised when I bought them.

"I paid £70 for them. I didn't anticipate that there is probably only 20% original."

Couple Andrea and Bruce were not confident that the Staffordshire figures would sell well and decided to "give it a miss".

Auctioneer James Lewis of Bamfords Auctioneers and Valuers noticed the two figures were heavily restored, which could be a problem affecting the price.

And viewers were baffled at Jonathan's poor judgement on picking the pottery.

"£70 for a couple of damaged figures," one wrote with laughing emojis and a second commented: "Seriously how is Jonathan Pratt classed as an 'expert' on Bargain Hunt?"