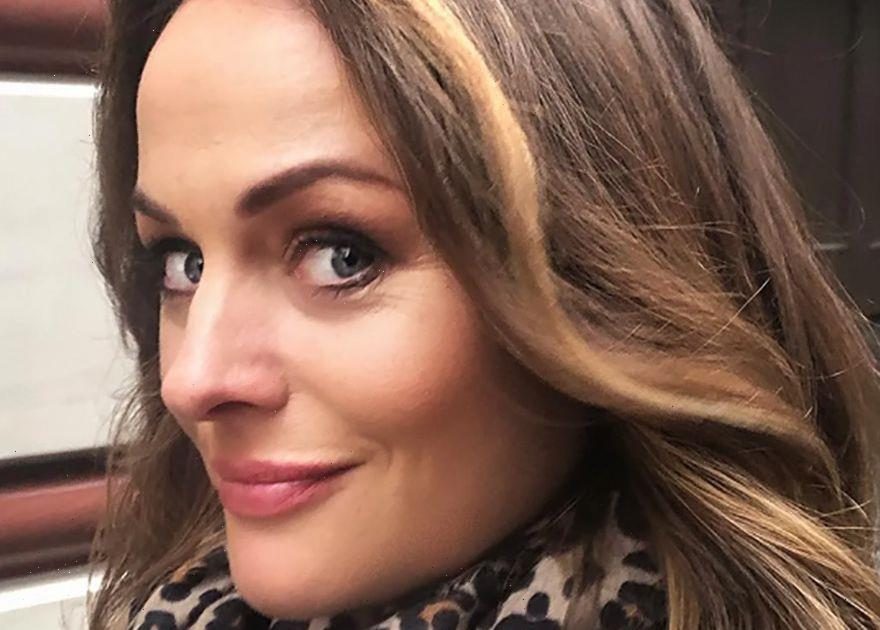 BBC Breakfast fans have seen a whole host of different presenters in recent weeks, as permanent hosts Jon Kay and Sally Nugent took some time off to coincide with the summer holidays.

Even Charlie Stayt has been absent from some programmes, with Ben Thompson standing in for him alongside Naga Munchetty.

But presenter Victoria Fritz particularly caught fans’ attention as she branded herself the “luckiest woman alive” while standing in for Sally alongside Ben.

What about the star’s life when the cameras aren’t rolling, though? From her waters breaking just after a live broadcast to her struggles giving birth to a premature baby, Daily Star takes a look.

Victoria knew that, while pregnant, she’d need to be prepared with a job that took her all over the country.

The star made notes of good hospitals in various UK cities as a worst case scenario – and found she needed them when her waters broke just after she discussed the business news of the day live on BBC Breakfast.

She was hundreds of miles away from her home in London while at the Media City studios in Salford, and unable to contact her husband Dan.

Sally Nugent was forced to step in for Victoria as she travelled to the nearby St Mary’s Hospital in Manchester, and she gave birth to her son William five weeks early.

Speaking of the incident, Victoria admitted to MailOnline: “It feels surreal. Everything happened so quickly. But if you are going to be thrown a curveball, then you couldn’t do better than have someone like Sally on your side.”

She tweeted at the time: “My heartfelt thanks to @sallynugent & St Mary's drs & midwives who helped me deliver my little boy yesterday. A @BBCBreakfast team effort!"

As Sally responded: "It's going to make a brilliant story for his 21st birthday! What an incredible day Xx."

Victoria added that she was “so grateful” to the staff at St Mary’s for helping to deliver her son by caesarean section.

However, it wasn’t all plain sailing once Victoria reached the hospital.

Her son soon developed problems with his breathing and was forced to spend the first two weeks of his life in a high-dependency unit in the hospital, surrounded by tubes.

Victoria was helped along by Bliss, a charity established for babies who were born premature or sick – and later went on to promote the very good cause.

Opening up on Instagram, Victoria posted a sweet snap of her son in the hospital as she placed a kiss on his tiny hand, along with a snap of her happy family.

She explained: “A leap year. An extra day. Another chance. How lucky I am to have come this far. Three years ago things felt very different.

“On our last weekend as a family of three, the words I wrote about the shock, pain & fear I felt first time around have been published.”

She went on: “I’m quite private about my family. I don’t go in for photo shoots and kiddie product sponsored posts. But this is important.

“When I felt totally lost, @blisscharity was there for me. What could I do for them in return, other than raise money?

“I could open up about what it was like to have a sick and premature baby. I could write honestly and hope that someone somewhere in a hospital corridor would find comfort in what I could share.”

Victoria wrote for Bliss after seeing her baby son in the NICU: “I realise now I suffered from post-natal depression. The trauma of living on edge, only for the moment, with never more than forty minutes of sleep for a month, took its toll. I became obsessed with routine and cleanliness in a desperate bid to keep William alive.

“I would hear sirens when there weren’t any. I didn’t register physical pain. My knees were bruised from stumbling off kerbs and into potholes and forgetting to stand up again.”

Thankfully, now it seems Victoria is in a much better place with Bliss’ support, and she welcomed another child in 2020.

Along with her husband Dan, who works as a barrister, the family is made up of their dogs and two children.

Victoria shares insights into her life on Instagram, including trips on safari, horseback riding and diving.

Victoria and Dan exchanged vows in 2011, and were busy renovating a house they’d purchased when she found out she was pregnant with William.

Victoria is no stranger to a very glamorous picture, and often delights her fans with her incredible looks.

In one snap dating from 2019, she donned a bright white tank top to show off her freckled skin, securing her brunette hair back with a brown patterned headband.

The star was enjoying a day in the woods, so opted for minimal make-up as she shared the delights of “turf stacking” – in order to “turbo charge” her garden.

In another stunning post, Victoria showed off her brand new hairstyle as she headed out on the town, with streaks of blonde highlight in her usual chocolate brown hair.

Tucking herself into a black puffy jacket, Victoria styled her bright scarlet dress out with a leopardprint scarf, and opted for a glossy pink lip and bold eyeliner as she quirked a smile at the lens.

Her fans soon swarmed to the comments section to praise the star, with one writing: “Happy New Year beautiful!”

As someone else said: “Looking gorg!”

“Stunning as always,” a third said.