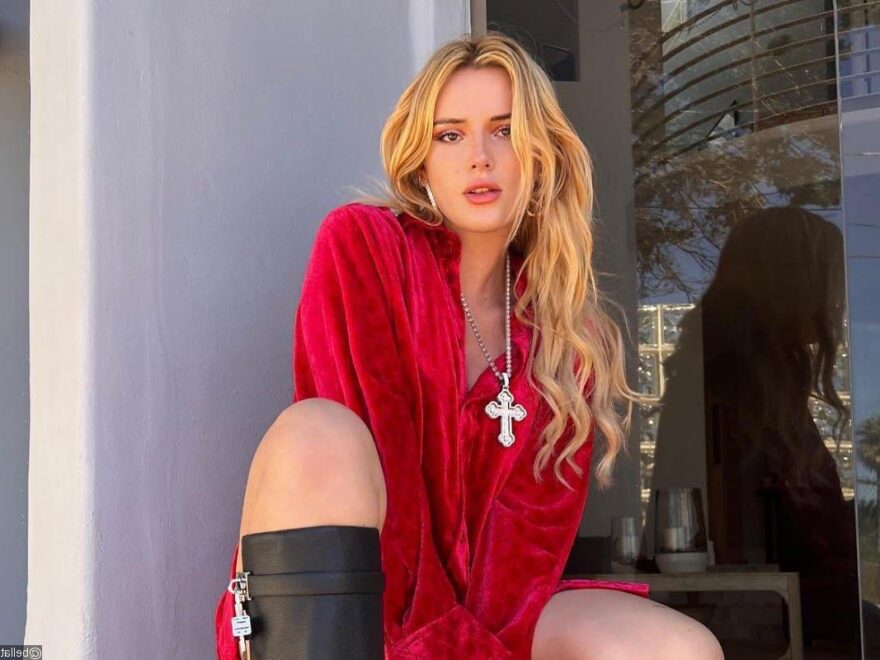 Elsewhere during a candid chat with Emily Ratajkowski on her ‘High Low’ podcast, the ‘Shake It Up’ alum says that the director accused her of making him ‘really uncomfortable’ following an audition.

AceShowbiz –Bella Thorne is speaking out for herself. The “Midnight Sun” actress bashes a director who accused her of “flirting” with him and making him “really uncomfortable” after an audition when she was only 10 years old.

Speaking to Emily Ratajkowski in the Tuesday, December 27 episode of Em’s “High Low” podcast, the 25-year-old actress said that she “still go[es] back” to that interaction “every day,” admitting that it drives her “crazy.” She explained, “I … am trying to find almost fault in myself. Like, ‘What did you do, Bella? What did you do? You made him feel like this.’ “

“Also you’re in a director session, you can’t really say or do anything. You do the scene, you say hello and you walk out,” the former Disney Channel star continued slamming the unnamed director. “There is no time to go sit on your lap or make you uncomfortable.”

Emily then told Bella to “forgive” herself because she was a “f**king kid,” noting that she hopes the director, whom the “Shake It Up” alum did not identify, “rots in hell.” The 31-year-old model/actress added, “And you’re just putting it on a 10-year-old child and making it like they made an adult man uncomfortable is insane. If you need a more f**ked-up story of Hollywood and pedophilia and the sexualization of children, I don’t think there is one.”

Emily also shared her own story of an inappropriate exchange with her agent as a 16-year-old. “They pointed to my picture, and I was with my friend who was also modeling at the time with the same agency, and they were like, ‘This face. This is how we know this girl gets f**ked. You’ve got to give a lesson, Emily, on this,’ ” the “Gone Girl” star recalled. “I remember being like flattered and also obviously so embarrassed and horrified, and now, of course, looking back, that is so f**ked up that they said that,” she said.