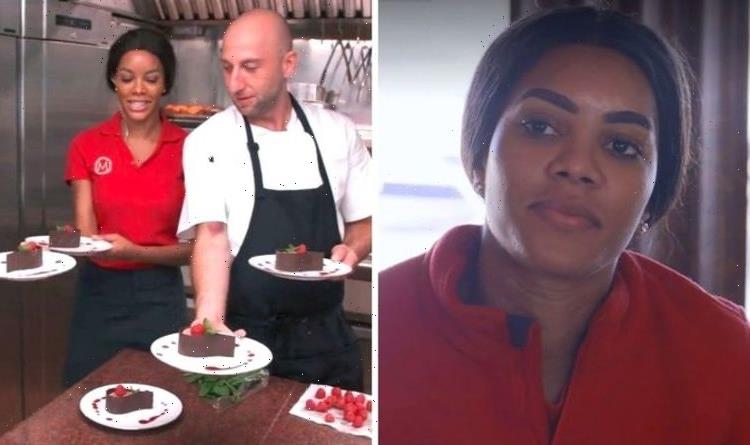 Fans were admittedly thrilled when contentious stewardess Lexi Wilson was let go from her duties in the new instalment of Below Deck Mediterranean. The sixth season of Bravo’s popular reality spin-off will continue without her, but the star has hit back at Captain Sandy’s decision in a recent Instagram update.

Lexi Wilson has taken to Instagram to ‘clear the air’ following her firing in this week’s landmark episode of Below Deck Mediterranean.

Many viewers felt Lexi’s removal from the superyacht was a long time coming following her frequently disruptive and inappropriate behaviour.

After numerous warnings from her superior Captain Sandy Yawn, she was finally dismissed after old tensions between herself and Chef Matthew came to a boiling point.

The Bravo star then took to her Instagram account, which she recently made private to those who aren’t following her, to accuse the network of airing a one-sided edit of the events.

She claimed Bravo clipped together parts of a private conversation with her mother to line up with her argument with Chef Matthew.

Lexi said she had been talking to her mother about a former friend with whom she fell out after feeling they were using her for her money.

In Lexi’s version of events, these clips were spliced with her conversation with the Chef to make her look worse and appear she only wanted rich friends.

She wrote: “And the nerve of you to message me talking about how you treated me fairly #nadinerajabi when you allowed this to happen!”

Lexi’s latest comments have doubled down on her frequent claims the series’ editors have portrayed her in a bad light throughout the sixth season.

The former Miss Barbados has since confirmed she has left the yachting industry for good after her experience with the crew of Lady Michelle.

However, her confrontation with Chef Matt has once again drawn the ire of fans thanks to their unprofessional attitudes and heated language.

The fight kicked off when Matthew chastised her use of the ‘r-word’ whilst also provoking her by claiming no one likes her.

Lexi definitely crossed the line when she hit back: “Your parents should’ve aborted you.”

She then followed up her insult by adding: “If this wasn’t on camera, I would smack your a**.”

This wasn’t the first time Lexi had made physical threats against the crew, and fans were understandably appalled by her remarks.

On Reddit, one viewer said: “Matt was purposely pushing Lexi’s buttons for a reaction and he got it.

“She’s obviously not well and he kept going out of his way to alienate her from the rest. Very gross and I cannot stand Lexi at all.”

In regards to Lexi’s use of an offensive slur, another commented: “She has lived in the States long enough to know that word is no longer used. She’s full of s**t.”

Chief stew Katie will only have Courtney by the side for the rest of the charter, but most fans agree this is the best way to ensure the rest of the season goes ahead drama-free.

Below Deck Mediterranean season 6 continues Mondays on Bravo. Episodes are available one week early on Peacock.