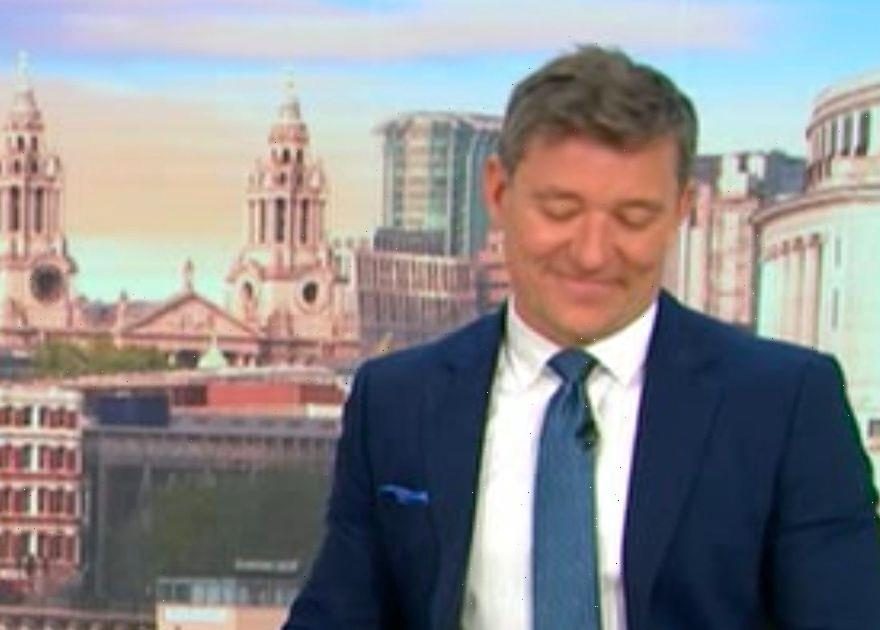 Good Morning Britain host Ben Shephard left his co-host Kate Garraway in hysterics as he refused to perform a rap at Kate's request.

After the duo welcomed Guvna B onto the show to discuss his West Ham-themed track 'Massive' for Isla's Fight Charity, Ben and Kate praised the 32-year-old for his commitment to the cause.

Ben thanked him for what he has done for the charity and said it was "really, really special."

As they wrapped up the interview, Kate encouraged him to do a rap and told her co-host that she knows it would make hers, and the viewers', morning better.

Ben joked: "You just want to see my rap," which prompted Kate to encourage: "I think everybody does – I think seeing Ben Shephard rapping would make all our mornings."

He added: "Nothing else says desperate, middle-aged dad than watching a 47-year-old try and do a rap."

Kate launched into a sing-song of "do it" as she encouraged her pal to show off his musical talent.

Although he refused to do it, Ben agreed that if they win Europa he will commit to the performance.

Kate quipped: "Of course you will, you don't mind the shame and embarrassment at that point."

Ben ultimately decided against rapping and continued onto the newsworthy discussions on the show, which has included heavily the events which took place at Downing Street.

It's only been two weeks since Ben and Kate returned to the TV show after Christmas and already the duo are busy with hard hitting stories.

The pair have been incredibly busy when it comes to news coverage with the discussions following the reported gatherings which took place over multiple lockdowns.

Despite being busy, Ben and Kate have remained bubbly and happy to be back on screens, with Ben sharing an Instagram post at the end of last week to celebrate their full first week back.

He thanked fans for all their messages upon his return and celebrated making it to the end of the first week – but he's already launched the countdown to Christmas 2022.

GMB continues weekdays from 6am on ITV.