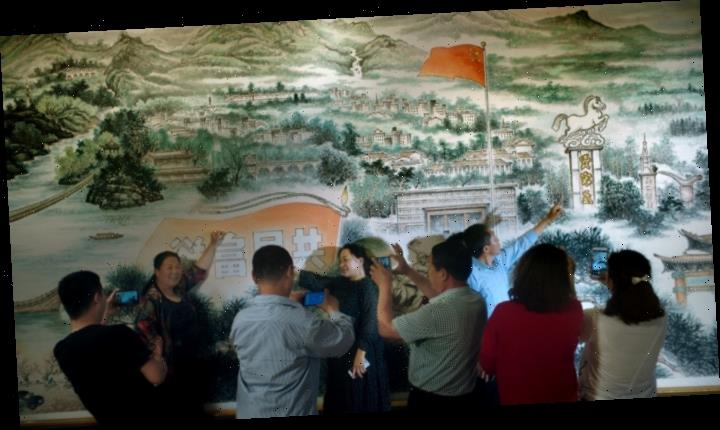 Jia Zhangke, one of China’s most acclaimed directors, is at the Berlin Film Festival for the world premiere of his first new documentary in a decade, “Swimming Out Till the Sea Turns Blue,” which is screening in the Berlinale Special section.

Featuring personal recollections of three of China’s most acclaimed writers, the film is the third part of a trilogy about the arts in China, following the 2005’s “Dong,” about Chinese painter Liu Xiaodong, and 2006’s “Useless,” about fashion designer Ma Ke.

Jia’s last documentary was 2011’s “I Wish I Knew,” which screened in Un Certain Regard at Cannes. His feature films, meanwhile, have always expressed an interest in a documentary-like realist style.

“I feel I’ve always been trying to knock down the barrier between documentary and fiction,” he told Variety.

“The most important thing about documentaries is that they help people understand and remember what we’ve lived through. Chinese people are living in the midst of such enormous change; we shouldn’t forget yesterday just because we’re experiencing today.”

It’s his fourth time back in Berlin since he debuted his first feature, “Xiao Wu” (aka “The Pickpocket”), in the German capital in 1998. But, given the difficulties presented by China’s coronavirus outbreak, this new title almost wasn’t ready in time.

The epidemic broke out before Jia had finished post-production, with much of the color grading and sound mixing left to go. With all the members of Beijing-based team isolated in self-quarantine, Jia himself ran between their homes to pull the project together. He completed the DCP just two days before he flew out.

The impact of the virus will continue through much of this year, Jia said — although his own annual Pingyao Intl. Film Festival in October likely won’t be affected. He estimated that cinemas would be closed until June or July, and that productions, particularly shoots dependent on particular seasons, will be pushed back.

“Films that have to shoot in winter or spring are going to be in trouble, as will summer films that need to be prepped in spring. I think there will be a six, or seven-month production delay,” he said — which might mean that Pingyao will have a smaller selection of titles to choose from.

“Swimming” was conceived last April and executed with a rapid turnaround within the year, which marked China’s key political 70th anniversary since the founding of the People’s Republic in 1949. The film pulls together personal testimonies of China’s huge changes since that time, from both local farmers and three novelists: Jia Pingwa, born in the 1950s, Yu Hua, born in the 1960s, and Liang Hong, born in the 1970s.

Jia insists that despite the film’s look back at this span of history in a key political year, the work stemmed from his own interests rather than a request or nudge from Chinese authorities. Last year, the Communist Party was involved in orchestrating a slate of patriotic blockbusters that including fare like the jingoist juggernaut “My People, My Country,” a historical look back at the same period.

Jia says he is interested in remembrance that can be passed onto younger generations, and thought that the juxtaposition of memories from both more uneducated farmers and highly articulate writers “together could give a picture of the full experience of Chinese society.”

“I’ve always been interested in the question of how life experiences are verbally expressed,” he explained. “It’s different from the written word, where you only convey the content. In film, you can see what kinds of emotions are involved, how the body is held in relation to the story, and people’s geographic context and environment” he said. He was drawn to artists for his trilogy because they are “better at describing their experiences.”

“Swimming” has sparked a greater interest for him in young Chinese people and their relation to history, thanks in particular to his chronicling of the relationship between writer Liang and her son, who had no inkling of the harrowing hardships his mother recounted to camera.

The focus should serve him well in the two of his future projects that are currently furthest along: a costume drama set in 1900 that he has been preparing “for many years,” and another title about young people in modern China, “since I’ve shot three films now about middle-aged people,” he says with a self-deprecating laugh.

Past or present, Jia keeps returning to the same core exploration. “I really admire the vitality of the Chinese people. You discover that different generations of people have encountered different problems and incurred different wounds, but we still continue living and changing.”