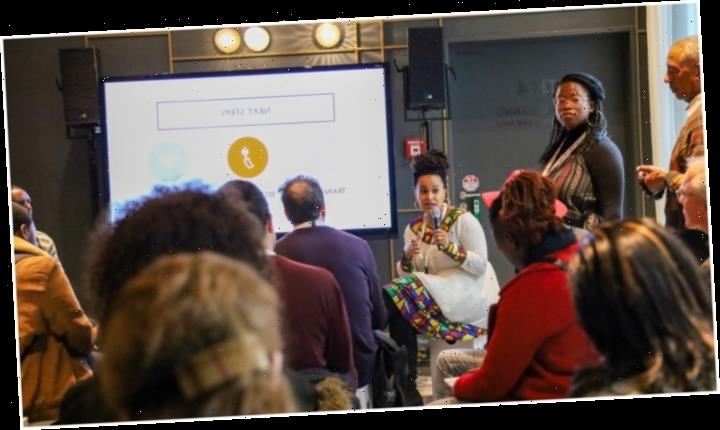 For the past decade, Ethiopia has boasted the world’s fastest-growing economy, and its new reform-minded government seems determined to harness that growth to transform an already vibrant creative sector.

That was the takeaway from a presentation Sunday morning at the Berlinale Africa Hub, led by producer Mehret Mandefro (“Difret”) and director Abraham Gezahagne, who outlined the opportunities and challenges for the film and TV industry in Africa’s second-most populous nation.

Ethiopia’s production sector is booming, with roughly 175 films released in 2018 and fervid support from audiences hungry for local content. “A lot of our films don’t end up crossing over [into the international market], but it’s a really burgeoning scene,” said Mandefro.

The industry has begun to look outward in recent years, following the festival success of films like “Difret,” the 2014 Sundance audience award winner executive produced by Angelina Jolie and directed by Zeresenay Berhane Mehari, and “Sweetness in the Belly,” the 2018 Toronto player also directed by Mehari.

Those movies have helped the Ethiopian government, led since 2018 by Prime Minister Abiy Ahmed, to recognize the potential of the film industry as not only a cultural force but a prime driver of economic growth.

A robust dialogue is taking shape between the government and the private sector, who are now looking to develop a more formal structure for the film industry. The interest is there, said Mandefro, though stakeholders are still involved in a courtship period “in terms of getting government to understand what incentives are, what co-productions are.”

It’s a steep learning curve, but the government seems fully engaged. “It’s the first time the creative sector has had any kind of spotlight in our economy, and I think there’s a lot of room to grow, given where the market is,” said Mandefro. “I think there’s a bright future ahead.”

This year, Ethiopia’s first formal export mission under the banner Ethiopia Creates is taking part in the European Film Market and the Berlin Film Festival. The delegation, which includes director Hiwot Admasu Getaneh, whose short film “A Fool God” is playing in the Berlinale’s Generation Kplus section, is looking to introduce Ethiopia to the international market while staking out potential distribution, financing and co-producing opportunities for the local industry.

“In many ways it’s the beginning of a market, which makes it very exciting, but also challenging,” said Mandefro. Training programs are needed to boost the industry’s capacity, while she noted that “there’s a real lack of producers in our market …who understand international finance schemes [and] can be a real driving engine.”

Ethiopian films are nevertheless outperforming Hollywood blockbusters at the local box office, which Mandefro sees as a clear sign that the industry is ready to expand its horizons. “Investors are making their money back, so there’s actually an economy that’s working.”