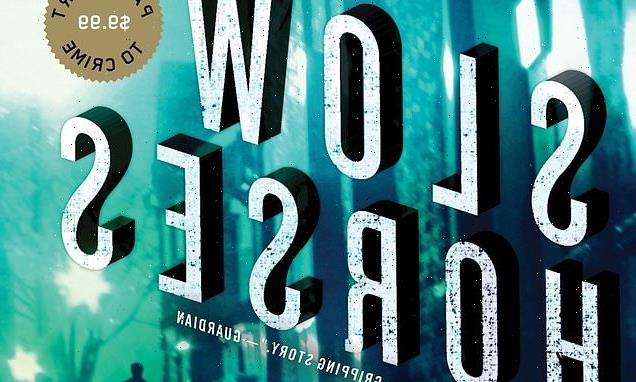 There are classic thrillers that could not be set in modern, strike-bound Britain: 4.50 From Paddington by Agatha Christie? Indefinitely delayed because of missing crew and industrial action. Miss Marple’s friend might decide to travel another day. End of lacklustre story.

Or what about John Buchan’s chase extravaganza The 39 Steps, set in 1914, on the cusp of war?

In it, bluff hero Richard Hannay finds the corpse of a neighbour, freelance spy Franklin P Scudder, in his Central London flat.

The dead man had previously confided he was investigating a German spy ring. Hannay — prime suspect and feeling duty-bound to continue Scudder’s investigation — goes on the run to Scotland: ‘A search in Bradshaw informed me that a train left St Pancras at 7.10, which would land me at any Galloway station in the late afternoon.’.

He gets to the station just as the train is pulling out. Would a modern hero’s logistics run so smoothly? I suspect he would still be frantically scrolling Trainline for alternatives to a cancelled 7.10 when his pursuers pitched up.

One modern spy writer alive to the plotting possibilities of breaking-down Britain is Mick Herron. His Slow Horses, now a TV series, begins with the ambitious spy River Cartwright making a wrong call during a training exercise, closing down King’s Cross station during rush hour. As punishment for throwing commuters into chaos, he is sent to Slough House, where washed-up spooks work menial tasks.

It is not human error but something more sinister that makes another boyish hero miss a train in Harry Potter And The Chamber Of Secrets. After being unable to access King’s Cross Platform 9¾ for the Hogwarts Express, Harry and Ron Weasley drive to school in a flying car.

That will not be an option for those trying to reach friends and relatives over the holiday period, with strikes until tomorrow morning, and on January 3, 4, 6 and 7. Here is hoping everyone makes the connections they need to be with loved ones.

Walnuts are delicious if they are shelled, sprinkled with salt and grilled in the oven. Perfect for Christmas when served hot, with cocktails. ORIGINS: Daily Mail December 9, 1931

Celebrity memoirs of 2022: Why Matthew Perry needs all the Friends he can get…and other life stories of sex, drugs, rage, big egos — and juggling hedgehogs

Big writers on their best reads of 2022: From a satire on 1940s Hollywood to a sweary Welsh detective story – books top authors curled up with this year

Feet up, mince pie… and a great book: Our critics select the best of the year’s novels to slip under the tree