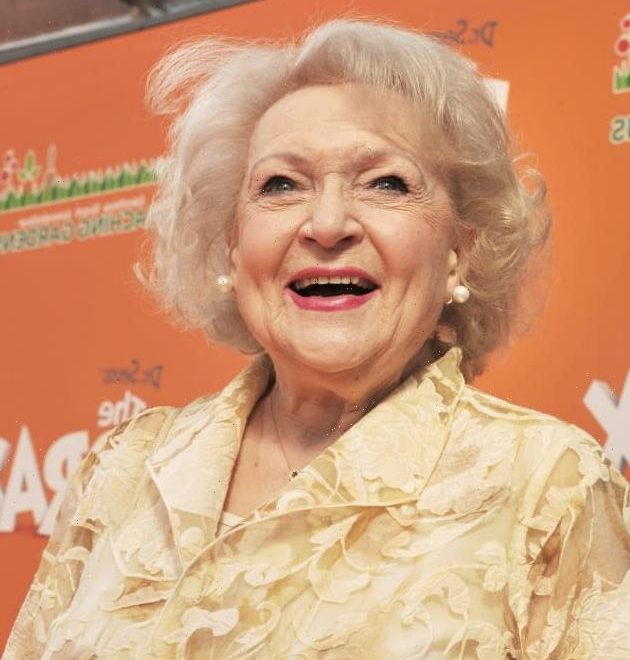 Betty White, one of the most popular, well-known and recognized actresses of her generation, died on Friday, December 31.

“Even though Betty was about to be 100, I thought she would live forever,” White’s agent and close friend Jeff Witjas said in a statement on Friday.

“I will miss her terribly and so will the animal world that she loved so much.

“I don’t think Betty ever feared passing because she always wanted to be with her most beloved husband Allen Ludden.

“She believed she would be with him again.”

“I’m so lucky to be in such good health and feel so good at this age,” she recently told People Magazine of the milestone birthday and how she was feeling these days. “It’s amazing.”

“I’m the luckiest broad on two feet to be as healthy as I am and to feel as good as I do!”

White’s impressive career dated back to the early days of the television — and spanned decades.

Long before her hilarious turns on The Mary Tyler Moore Show in the 1970s and, most memorably, on The Golden Girls in the 1980s… White appeared in the Life with Elizabeth, a show she also produced, way back in 1952.

She won an Emmy for her role of Sue Ann Nivens on The Mary Tyler Moore Show and then two consecutive SAG Awards for her role as spunky caretaker Elka Ostrovsky on Hot in Cleveland.

Dubbed the First Lady of Game Shows, White was also a regular guest on Match Game, Password, To Tell the Truth and The $25,000 Pyramid, among other programs.

Overall, White was nominated for 21 Emmys and won five of them.

According to E! News, police officers in Los Angeles responded to a death investigation at 9:30 a.m. on Friday.

“We’re currently there at scene and there is no foul play,” authorities said told this outlet.

Earlier this year, White took to her Instagram story to celebrate her 99th birthday.

“Would you believe it?!” she wrote at the time, adding:

“It’s my 99th birthday which means I can stay up as late as I want without asking.”

“Alongside her message, White shared a video clips from her “long-lost series” The Pet Set, which she was “so proud” of.

In addition to her amazing run of on-screen roles, White was known for being a humanitarian and an author.

She worked with a multitudde animal organizations and charities from the early 1970s until the final years of her life.

White earned a star on the Hollywood Walk of Fame in 1988 and was the recipient of the Life Achievement Award at the SAG Awards in 2009.

We lost a true legend here, you guys.

Speaking to People in January 2021, White said that “having a sense of humor” is the key to a long and happy life.

“Just looking at the positive side and not dwelling on the downside,” she said back then, providing fans with the following sage words of wisdom:

“Takes up too much energy being negative. Also having a good agent who keeps me busy all the time.”

We send our condolences to the friends, family members and loved ones of Betty White. May she rest in peace.

Celebrities Who Died In 2021: In MemoriamStart Gallery