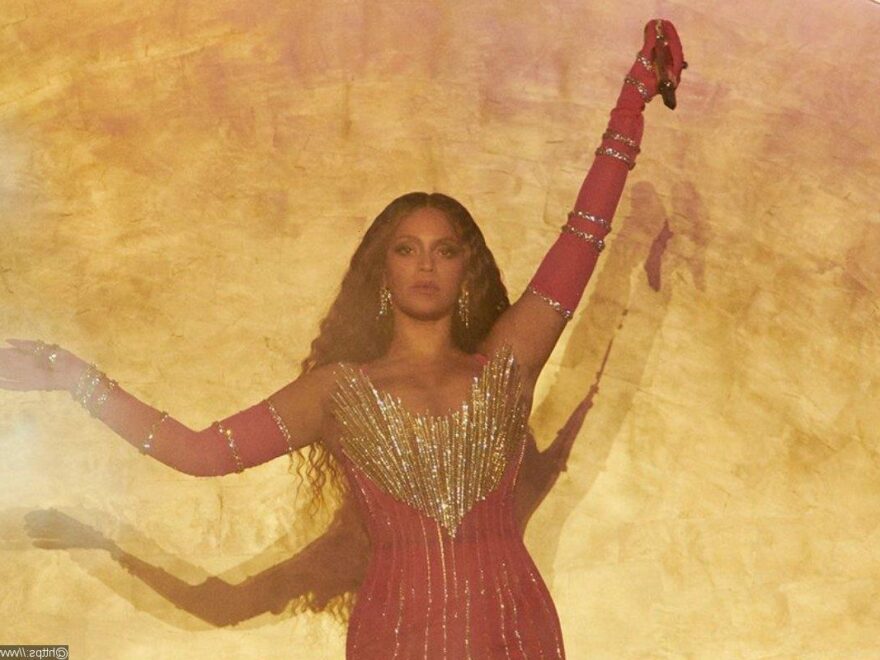 After photos and footage from the ‘Crazy in Love’ songstress’ performance at the private show leak online, fans can’t help noticing her apparent ‘extended belly.’

AceShowbiz –Beyonce Knowles continues to make headlines following her concert in Dubai, but this time is for a different reason. The R&B diva is rumored to be pregnant with her and Jay-Z‘s child again after photos and videos from the show at Atlantis The Royal resort leaked online.

For a portion of the private show, the mother of three rocked a short pink dress with bejeweled details completed with matching gloves and stockings. While she looked relatively fit and trim throughout her body, her belly appeared to stick out a little more than usual, prompting the pregnancy speculation.

“Is Beyonce pregnant… or has she just gained weight?” a curious fan asked on Twitter. Another user tweeted, “There has been opinions circulating that people think Beyonce is pregnant during performance in Dubai. Is Beyonce baking a bun?”

Many others have since weighed in on it, with one wishing the best for Bey and her supposed pregnancy. “Yes she looks baby bump healthy bless her,” the said fan wrote. Another simply commented, “pregnant,” while another agreed as saying, “Yes I agree looks like she is pregnant.”

Some others begged to differ though. “She’s said in the past her weight fluctuates, so we’ll just have to wait and see,” one person argued. Another claimed, “Probably just holiday weight.”

Someone quipped, “That’s that Popeyes chicken,” as another brought up reports of Bey’s reported recent foot surgery as the possible cause of her sticking out belly, “At first I thought so too, but after hearing about her foot surgery, it’s probably just a little extra weight because she can’t exercise. Still looks great.”

The pregnancy rumors aside, Beyonce faced backlash following her performance in Dubai, a country which has zero tolerance to LGBTQ+. Speaking in defense of his daughter, Matthew Knowles told TMZ on Tuesday, January 24 that the “Lemonade” singer’s show in the Middle East country “united a really diverse crowd” and brought people together.

The 71-year-old insisted that his daughter has “always stood for inclusiveness” and would never do anything to “deliberately hurt someone.”