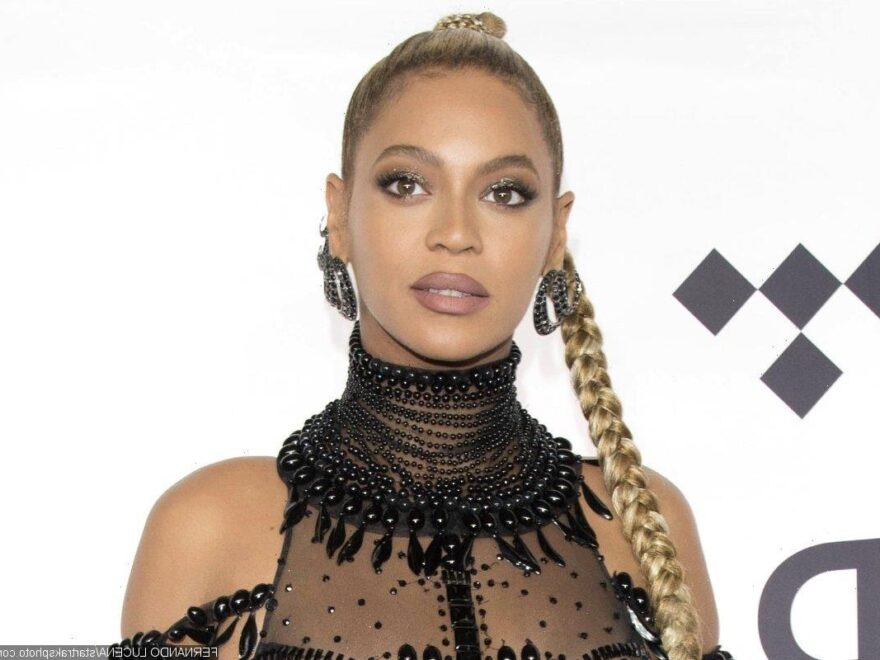 While Queen Bey has yet to announce the tour on social media, it is unveiled that ‘the first two tickets for [her] upcoming RENAISSANCE tour were sold for $150,000.’

AceShowbiz –Beyonce Knowles has great news for fans. When attending WACO Theater’s Wearable Art Gala 2022 with her family, the Grammy-winning superstar announced that she will embark on a “Renaissance” world tour next year.

In photos surfacing online, the screen on stage showed a message that read, “UNIQUE opportunity to see BEYONCE!” The concert ticket package for Beyonce’s tour, which has yet to be officially announced to the general public, offers the winner a chance to see the star on her Renaissance Tour starting in the summer of 2023.” It added, “The winner will also be treated to a “guided backstage tour with Miss Tina.”

There was also a Twitter user who revealed that “the first two tickets for Beyonce’s upcoming RENAISSANCE tour were sold for $150k.” The individual went on to note, “This is about to be a blood bath. This game has been moved to a new level.”

Beyonce dropped her latest album “Renaissance” in July. Of the studio effort, Queen Bey previously described it as the first part of a “three-act project” that she worked on throughout the COVID-19 pandemic.

“Creating [‘Renaissance’] allowed me a place to dream and to find escape during a scary time for the world,” the mom of three wrote on Instagram back in June alongside an album art of the project. “It allowed me to feel free and adventurous in a time when little else was moving.”

The wife of Jay-Z further detailed, “My intention was to create a safe place, a place without judgment. A place to be free of perfectionism and overthinking. A place to scream, release, feel freedom. It was a beautiful journey of exploration. I hope you find joy in this music. I hope it inspires you to release the wiggle. Ha! And to feel as unique, strong, and sexy as you are.”

Despite the album’s massive success, it earned Beyonce backlash as it featured an ableist slur on “Heated”, one of the songs in the album. In the track, which was co-written by rapper Drake, the singer used a derogatory term for spastic diplegia, a form of cerebral palsy, in the lines, “Spazzing on that a**, spaz on that a**.”

In response to the criticism, a representative for the musician told Insider on August 1, the lyric would be changed. “The word, not used intentionally in a harmful way, will be replaced,” the rep said.