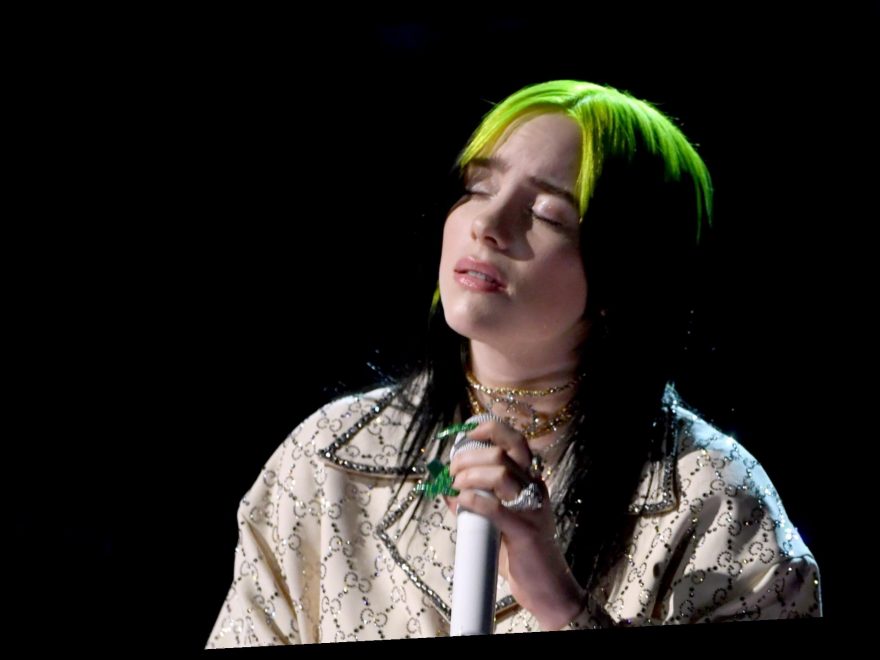 Billie Eilish made her Grammy Awards debut on Sunday with a simple performance of “When the Party’s Over.” The superstar is up for six awards: When We All Fall Asleep, Where Do We Go?  for Album of the Year and Best Pop Vocal Album, “Bad Guy” for Record and Song of the Year and Best New Artist and best Pop Solo Performance. Her brother Finneas won Producer of the Year.

Eilish gave an intense, emotional performance of the single; the set was sparse, with the singer seated on a stool. Eilish was joined by her brother, who played the piano beside her. The performance ended with Finneas clapping for his sister before they stepped off stage together.

Eighteen-year-old Eilish first caught everyone’s ears in 2015 with the single “Ocean Eyes,” which she posted on SoundCloud. In 2017, she released her debut EP Don’t Smile at Me and contributed songs to the soundtracks for Seasons One and Two of 13 Reasons Why. Her debut album When We All Fall Asleep, Where Do We Go? was released in March and has been certified 2x platinum. It was led by the hit single “Bad Guy,” which peaked at Number Three on Rolling Stone‘s Top 100.

Eilish’s most recent single, “Everything I Wanted,” is dedicated to Finneas — her collaborator and best friend — and addresses some of her fears and anxieties around fame. “It’s annoying,” she previously told Rolling Stone. “I have this amazing thing in front of me, and I don’t want to hate it. And I don’t hate it. But I hate certain parts of it.”