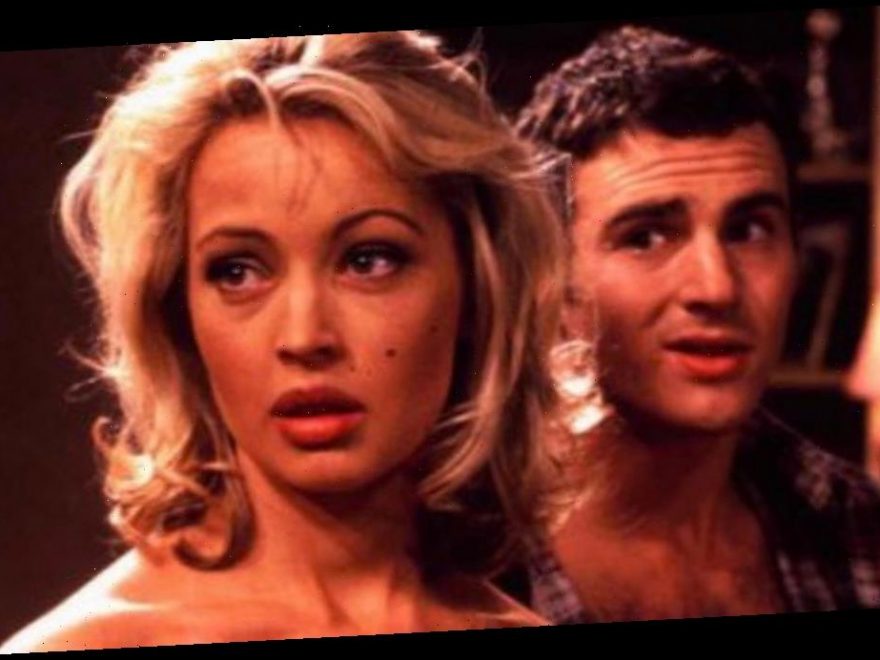 Since its debut back in March 1985, Neighbours has launched the careers of many an aspiring actress.

Pop superstar Kylie Minogue burst on to the scene, playing Charlene Robinson in the Australian soap in the late 1980s. But she's just one of Ramsay Street's most popular 'Sheilas'.

Some of the soap's most recognisable faces will return to Erinsborough for a series of special episodes to mark its 35th anniversary, with the fun starting on Monday March 16.

Here, though, we're having a celebration of our own, toasting the most memorable female stars to frequent Daphne's, The Watering Hole, Lassiter's and Chez Chez.

From bikini-clad shoots and silver screen superstardom to rehab and new careers altogether, here's what Neighbours' actresses did next…

Sarah Beaumont arrived in Erinsborough in 1996, quickly catching the eye of a teenage Toadfish Rebecchi.

After a brief romance with policeman Matt, she became smitten with Dr Karl Kennedy, a married man, while working as a secretary in his surgery. The pair went on to have a steamy affair.

When their relationship hit the skids, she moved on to another doctor and the pair tied the knot.

But Sarah was written out of Neighbours in 1999 when Nicola Charles, the actress who played her, decided to move to London.

Since then, Nicola, a British-born actress who started her career appearing in TV adverts, has launched an ill-fated music career and spent time living in Los Angeles. She's also twice reprised her Neighbours role.

In 2018, she split from DJ husband Mark Tabberner. Now 50, the mum-of-three lives in Melbourne where she hosts a radio show.

She did a solid 10 years in the soap before leaving in 2004 to start a family and act on stage.

A short time later, she landed the lead role of Baby in the stage version of Dirty Dancing and went on to tread the boards in Sydney and London's West End.

In the past decade, she's had several health scares, including a bout of pneumonia and pneumothorax, as well as a life-threatening blood clot.

Now 42, she lists herself as an actress, mother, teacher and domestic violence advocate.

Back in the late 90s and early 2000s, Holly Valance was hot property.

She joined Neighbours in 1999 and played Flick Scully until 2002, returning briefly in 2005. In 2002, immediately after leaving the soap, she launched a music career, scoring hits with Kiss Kiss, Down Boy and Naughty Girl.

Holly spent time in the UK and Los Angeles, landing roles in shows including Prison Break, Entourage and Shark. In 2009, she was one of the contestants on Strictly Come Dancing.

In recent years, apart from appearing as a judge and mentor on Shopaholic Showdown in 2013/14, she's stayed largely out of the limelight.

In fairness, the 36-year-old doesn't really need to work, considering she's been married to billionaire luxury property developer Nick Candy since 2012. And she's got their two children to run around after too.

Having joined the Neighbours cast in 1996 as a 16-year-old, Brooke called it a day four years later.

Since then she's enjoyed a successful career on screen and stage, appearing in various Aussie TV shows and movies, as well as modelling for Pantene.

She had a five year relationship with actor Matthew Newton which ended in 2006. He was convicted of common assault against her. She was later engaged film editor David Gross from 2012 until 2019.

In 2008, she was caught up in the Mumbai terrorist attacks, hiding in a cupboard until gunfire stopped.

She arrived in 1996 alongside her brother Brett, having been expelled from boarding school, and quickly set about causing havoc.

In her most notorious scene, she was caught in Lou and Cheryl Carpenter's bed with fellow young delinquent Michael Martin.

After leaving Neighbours she moved to Los Angeles, landing a role in Buffy The Vampire Slayer spin-off, Angel.

Things went a bit quiet for a few years until 2015, when she hit the headlines for issues relating to her personal life.

It was reported that she spent eight weeks in a drug rehabilitation clinic in Thailand before dramatically snatching her son from her ex-partner, Ashley Crick, in Malaysia.

She had used a controversial child recovery agency to help take her son back.

It later emerged that she was ordered to spend 24 hours in jail after she refused to reveal the location of her son to a court. She was later allowed to return to Australia with her son, but only after agreeing to let a doctor examine the boy. She's now 46.

While she was known as something of a man-eater and manipulator, her most notable moment came when she was jilted at the altar by Mark Gottlieb who decided to become a priest instead.

After leaving Neighbours she moved to America, where she bagged roles in Ally McBeal, Friends and Pacific Palisades, among other shows.

In 2005, she appeared in I'm A Celebrity Get Me Out Of Here. Two years later, she took part in Dancing With The Stars – the Aussie version of Strictly.

Now 46, she's been married to model turned doctor Jason Harvey since 1997 and the couple have three children.

More innocent, but not quite as wily as her sister, she left the soap in 1997.

In the years following, she spent time in England and the US, acting in movies including the Coen Brothers' Intolerable Cruelty and Robert Altman's The Company, as well as doing bits of presenting.

Outside of TV work, she's done her fair share of modelling, posing for fashion brands, drinks and cosmetic brands.

Staying true to her New Zealand roots, she's no stranger to bikini shoots on the beach.

She currently splits her time between Los Angeles, US, and Queensland, Australia.

One of the better known former Neighbours cast members, Natalie has enjoyed a successful career after leaving Ramsay Street.

She played unlikely mechanic Beth Brennan between 1992 and 1994 before leaving for London.

In 1997 she launched her music career, scoring a smash hit with Torn.

Over the past 23 years, she's released five albums, with a sixth due this year. She's also found time to do a spot of movie acting and stage work.

One of the most famous women on the planet right now, Margot is a Hollywood A-lister.

She's clocked up appearances in huge movies including The Wolf Of Wall Street, Once Upon A Time In Hollywood, Suicide Squad and Bombshell, garnering critical acclaim.

But long before she was rubbing shoulders with Leonardo DiCaprio and Brad Pitt, she was starting her acting career in her native Australia – in Neighbours.

These days the 29-year-old lives in LA with British husband Tom Ackerley.

One of the soap's more irritating characters, schoolgirl Hannah Martin featured from 1992 to 1999.

After departing Ramsay Street, Rebecca Ritters, who played her, toured with the British Shakespeare Company and even had a cameo in Coronation Street, playing an Aussie backpacker in 2002.

She subsequently travelled across Europe and the US, doing bits of acting before quitting the business in 2011 and heading to the University of Melbourne to study Politics and International Relations.

These days, aged 36, she works as a broadcast journalist and producer for Deutsche Welle in Berlin. She also works on a European affairs podcast.

Blonde bombshell Madeleine West put her law degree on hold to take on the role of Dee Bliss in 2000.

She proved a big hit with viewers – and the men of Ramsay Street. Her character had flings with Joel and Darcy before tying the knot with long-time admirer Toadie Rebecchi.

Madeleine left the show in 2003. Dee disappeared without a trace after Toadie accidentally crashed their car, taking it plunging into the sea.

She returned to the show in 2016, playing both Dee and her lookalike impersonator, who turned out to be her half-sister, Andrea Somers. She's set to return again next month.

Away from Ramsay Street, Madeleine has six children with restaurateur partner Shannon Bennett. She wrote a parenting book, Six Under Eight, which was released in 2017. She's since launched a series of children's books called Lily D, V.A.P.