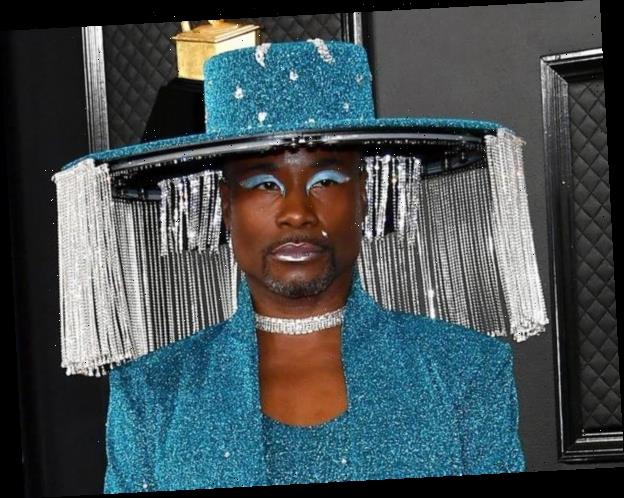 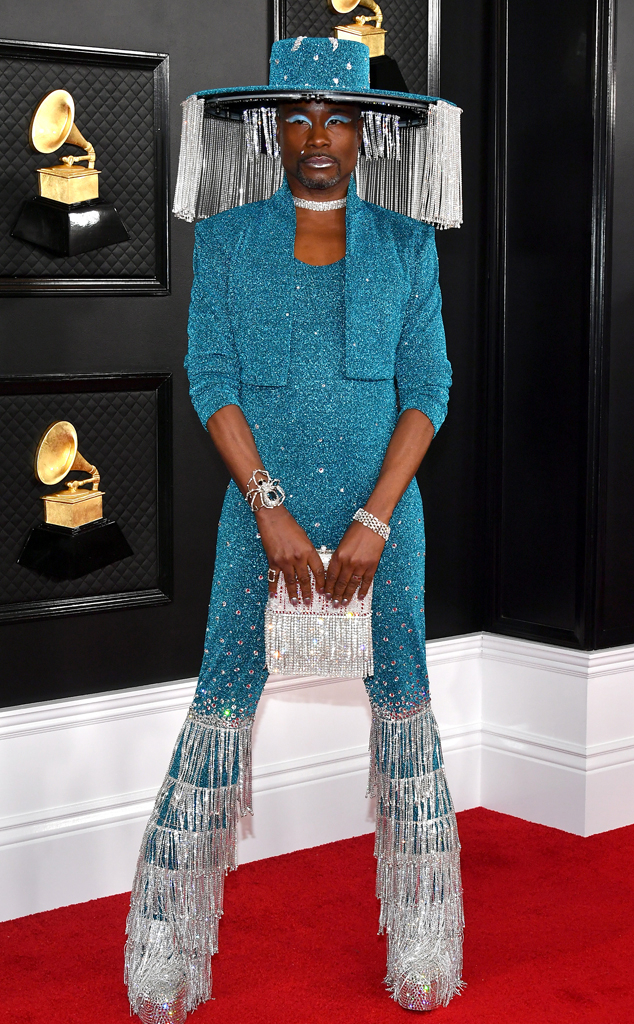 If the 2020 Grammys teach us anything, it’s that Billy Porter is the gift that keeps on giving.

Award show after award show, the Pose star consistently turns up in the most jaw-dropping, awe-inspiring, flamboyant looks of all time. It’s a feat that’s normally reserved for the likes of Lady Gaga, but in her absence, Billy more than makes do.

Case in point is Billy’s dramatic hat by Sarah Sokol. At first, the custom chapeau appears to be a bejeweled, fringed hat, which was impressive enough as it is. But upon further inspection and close attention, it’s clear that it’s a hat from the future. The click of a button and the fringe slowly moves aside to reveal Billy’s equally-dazzling makeup.

The monochromatic, sparkling outfit was enough to have the Internet buzzing with delight, but upon seeing the moving fringe, they went into an absolute frenzy.

The results were a mix of praise, bewilderment and, of course, plenty of memes. 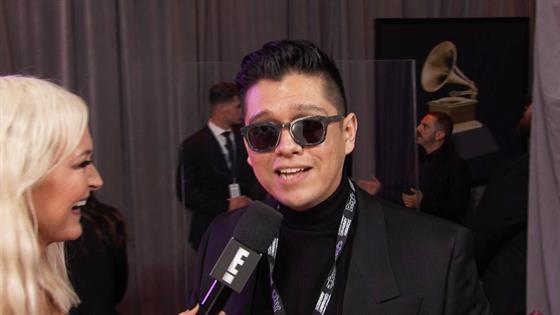 As for the rest of his ensemble, he sported a Baja East pantsuit, silver boots and held a silver bejeweled clutch. And the genius who came up with this fabulous ensemble was stylist Sammy Ratelle.

While at the Grammys, Ratelle told E! News the tech hat was inspired by Billie Eilishherself. Apparently Billy Porter loved her Ricardo Tisci hat she wore to the American Music Awards, but didn’t want his beautiful face covered. That’s how Sammy came up with the idea to create a motorized, fringed version. And voila, his hat was born!