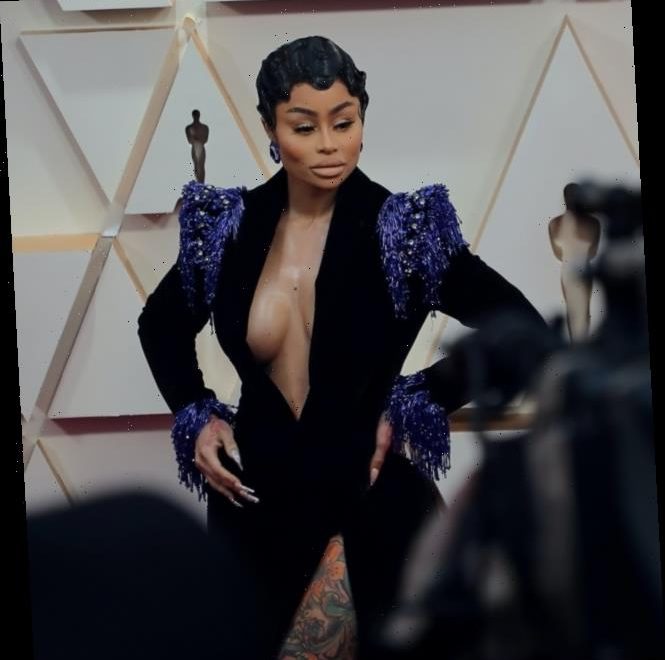 As it turns out, the biggest upset at Sunday’s Academy Awards was NOT Parasite defeating 1917 (and other nominees) to become the first-ever foreign language film to win Best Picture.

Instead, it was the simple fact that Blac Chyna attended this annual event in Los Angeles.

The woman mostly just known for having a baby with Rob Kardashian… feuding with his famous family… wearing very little clothing on Instagram… and allegedly attacking her hair stylist when it’s time to make a payment was somehow invited to the Oscars.

No, she was not up for an award.

As a result, social media blew up almost immediately upon seeing phots of Blac Chyna on the red carpet, with millions of observers stopping to look, shake their heads and ask:

Why, oh why, would Blac Chyna be at the Oscars, nearly everyone who saw these images has been asking.

It seems like a fair question, considering the resume outlined above and considering her only experience on camera was:

So, again, the question must be posed:

There’s an obvious answer, claims a representative for the D-Lister, who spoke on Monday to TMZ and who says any backlash against his client is due to blatant racism.

In Chyna’s view, according to this rep, she absolutely deserved at the Academy Awards because she contributes to the entertainment industry as star of her own reality show and also as black woman who “finds inspiration in supporting her friends, mentors, and other talent that has helped provide a blueprint for her career.”

This is a real quote.

Chyna’s rep went on to say her attendance was no different from many other entertainment professionals who were there… despite not being nominated or involved in film in any way.

The only contract? Chyna’s background and skin color.

“Whether it be the fact that she is a reality star, a single mother, or the inevitable reminder that she was a former stripper … it does nothing to change the narrative that just maybe the Oscars indeed are ‘so white,'” says Chyna’s rep to TMZ.

Again, this is a real quote.

The rep adds that all the criticism of Chyna’s attendance “further highlights the fight that many African Americans in the Entertainment Industry face; yes, even during Black History Month.”

What about the fight that mant purported cocaine addicts who are terrible mothers face?