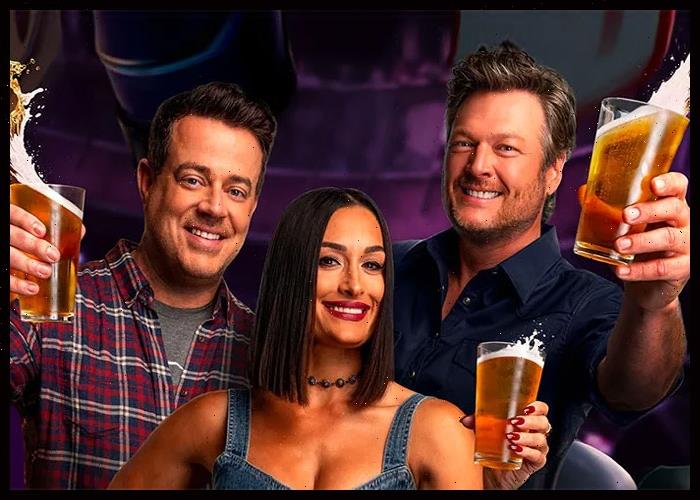 Shelton and Daly star as well as executive produce the USA Network‘s game show, which premieres on December 5.

The show, which will take place in Shelton’s Music City bar, Ole Red, is hosted by WWE Hall of Famer Nikki Bella. The game show will see Shelton, Daly and Bella invite their celebrity friends to compete in a slew of creative bar games.

“Barmageddon is a show where the celebrities you love give viral video sensations a shot at redemption, playing some crazy games,” Daly explains in the trailer. “It’s a show that’s shot right here in Nashville, Tennessee, in Blake’s bar, Ole Red. This is your home.
This is your bar.”

Bella, the host, then says, “It’s so much fun seeing all of these celebrities letting loose.”

Air cannon cornhole, drunken axe hole, and keg curling are among the games to be played on the show. “The games are big, the antics are loud, and the competition is ludicrous in the best way,” the show’s press release reads.

“This is drunk. This is like when-you-agreed-to-marry-Blake-Shelton drunk,” Daly jokes through blurred vision.