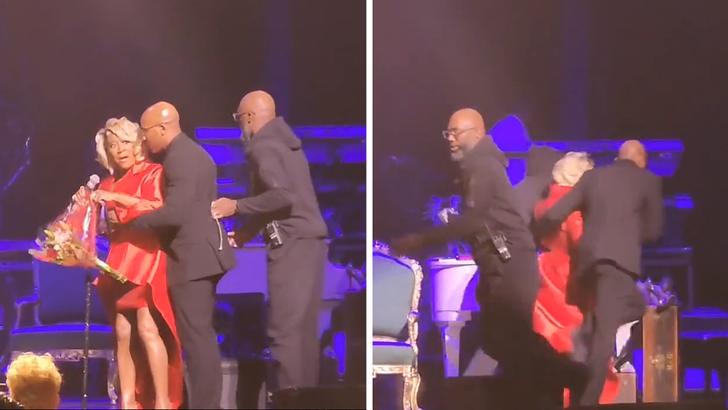 One second, Patti LaBelle‘s getting flowers from front row fans … the next she’s getting rushed off stage to avoid a possible explosion at her show.

That’s the alarming scene that played out Saturday night in Milwaukee, where Patti was performing at the Riverside Theater. She had just taken a pause between songs to talk to the crowd, and accept a bouquet from one of them … when suddenly 2 bodyguards appeared onstage.

Patti had no clue what was happening as they quickly hauled her backstage — she yelled out, “Hold up, wait!!!” 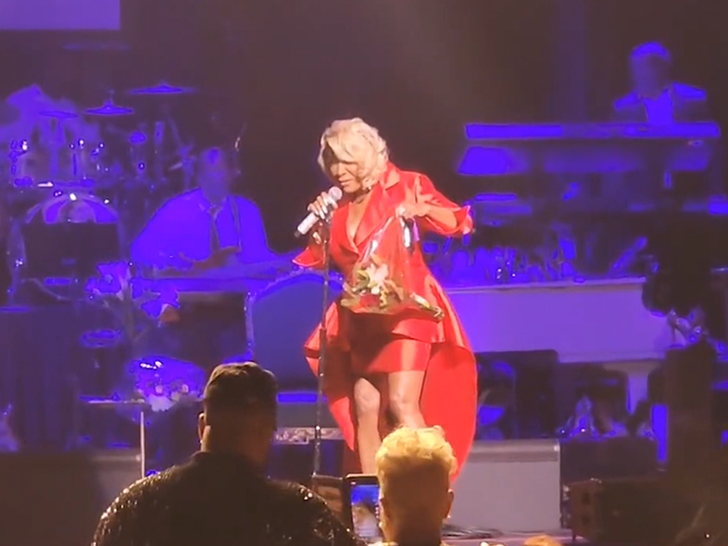 The confused audience was immediately evacuated after that moment of panic, and the venue eventually pulled the plug on Patti’s show.  Officially, it was postponed and will be rescheduled.

Cops say everyone was evacuated safely, and they’re investigating the source of the bomb threat.