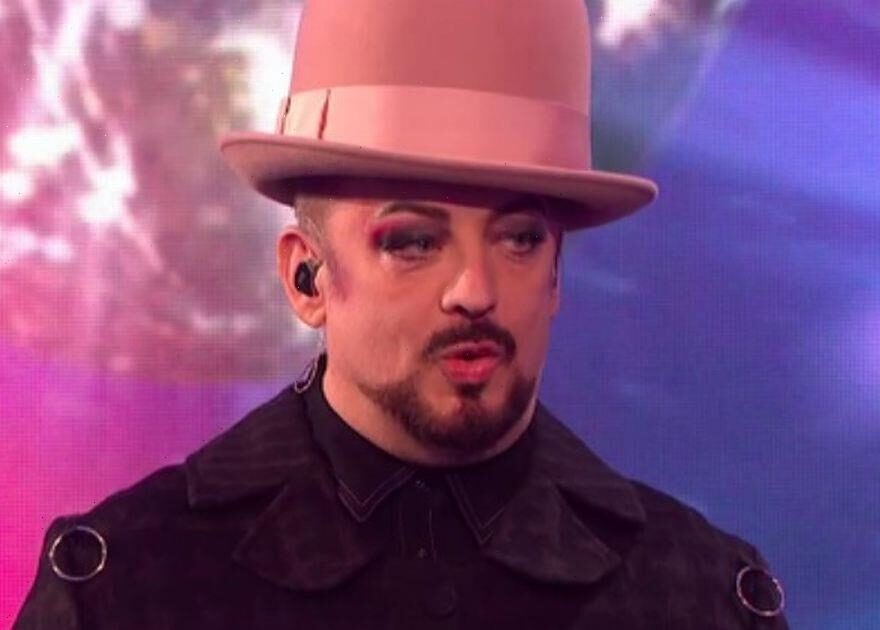 In an appearance on Ant and Dec's Saturday Night Takeaway singer Boy George threw shade at I 'm A Celebrity… Get Me Out Of Here just six months before signing up for the show.

After weeks of rumours, the 61 year old's appearance on the show was confirmed as he touched down at Brisbane Airport in the early hours of Saturday 29 October, UK-time.

But he wasn't always so willing to appear, having just six months ago thrown shade at the ITV flagship show.

Appearing on Saturday Night Takeaway to perform his hit song with Culture Club, Karma Chameleon, he was asked by presenters Ant and Dec what the song's title actually means.

To this he joked: "It means I never have to say 'I'm a celebrity get me out of here." He then added: "Unless you do a vegan version and then I’m in."

And in 2016 George said that he had turned down the survival series due to strict campmate uniform and its lack of food.

"There would be serious clothing restrictions in the jungle", he said, adding that he would have to get "certain hats made" and "couldn’t get over the food."

The singer's appearance on the show had been the subject of many rumours over the past few weeks, with The Sun reporting they were told of his participation by a show insider.

The publication quoted the insider as saying: “Boy George is a real coup for producers, there is a lot of excitement in-house at ITV. The singer is renowned for his dry wit and frank delivery, he is always outspoken and will be hilarious value in camp.

"There is hope that he will regale viewers with his showbiz stories about his famous friends.

"Although George is well acquainted with Australia after living in Sydney for several years, he has no experience of the Outback, so will be like a fish out of water living rough."

Arriving in Australia at the weekend the singer sported a lion mask as he made his way through arrivals and speaking to reporters at the airport, he quipped: "I'm here to a version of The Lion queen, I don't know what you are talking about darling!"

Before getting into his waiting car, he was asked what requests he had made as he now has to isolate for a week and replied: "Lots of green juices."

He declined to comment on his veganism and what that might mean for trials, simply repeating: "I am a lion queen."