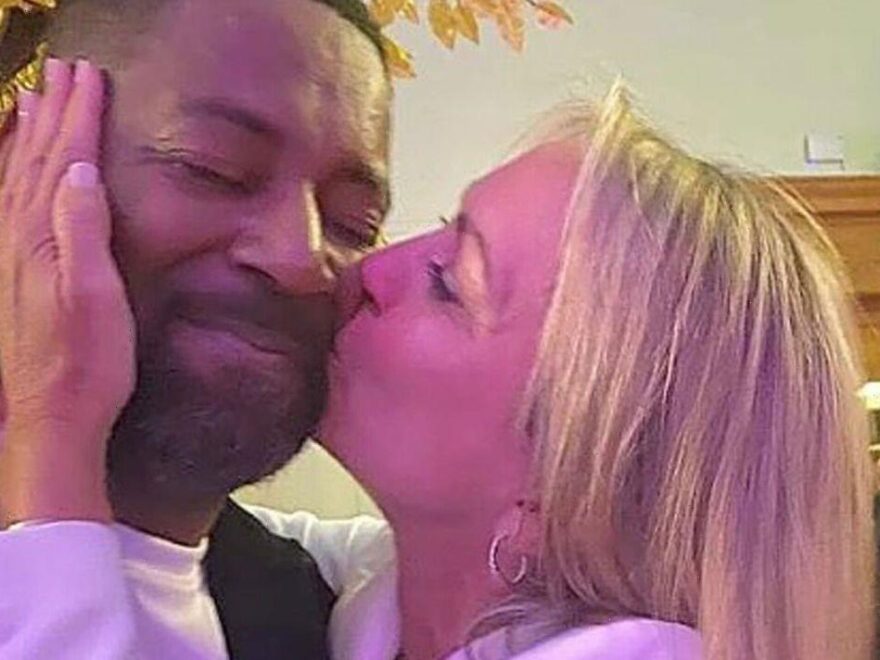 Bradley Walsh, 62, has previously credited his wife for leading his way into stardom and it now appears as though he isn’t the only one she’d helped. Emmerdale actor Kevin Mathurin, 49, surprised fans when he shared a picture of him being kissed on the cheek by Donna back in June.

Bradley’s wife also embraced a hug with the soap star as they smiled for the camera.

In the same photo dump, he shared a snap of him alongside Hollyoaks star Nick Pickard.

Kevin titled the post “mentor and peers” as he went on explain his connection to the pair.

On how he knew Donna, he spilled: “Lovely seeing you after so many years @donnadwalsh.

“I’ve known this beautiful lady since I was 7yrs old.

“When I saw @barneywalsh present the award all I thought was, ‘blimey he really looks like his mum’…  and low and behold there you were. I love you.”

He went on to congratulate Nick on his Hollyoaks success telling fans he had “fond memories” with the star.

Bradley has previously said it was his Donna who encouraged him to apply for Coronation Street which shot him to fame.

Most recently, he has played Graham O’Brien in the BBC science fiction series Doctor Who and Pop Larkin in The Larkins.

Aside from acting, he is also widely known as being the host of The Chase since its inception in 2009.

“It’s because of her I signed with Coronation Street.

“She’s the one who recognised what it could do for me even though it would mean being apart,” the presenter added to The Mirror.

Together, the couple share 24-year-old son Barney, who appears alongside the presenter on their show Bradley Walsh & Son: Breaking Dad.

The Chase host also has 40-year-old daughter Hayley from a previous relationship.

Last year he gushed about being a grandad for the first time following the birth of her son.

The Larkins returns to ITV tonight at 8pm.