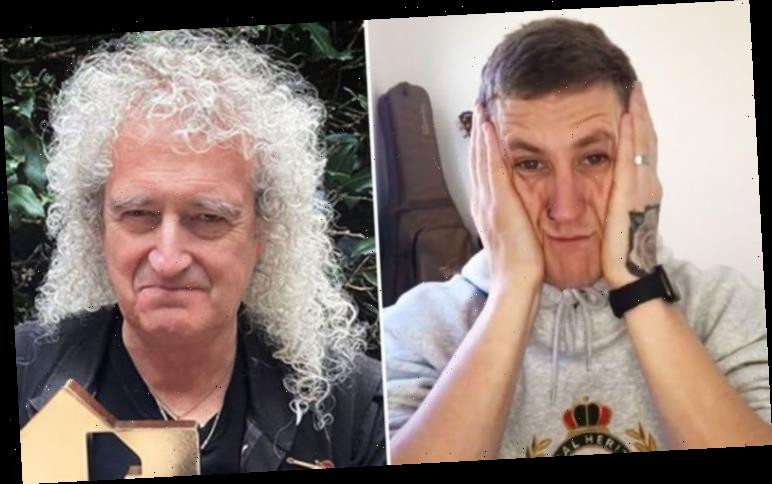 Wellerman has made the former postman a global star, interviewed on Tv from America to Australia and his debut single shot straight to the top of the UK charts last month. Numerous famous faces have posted themselves singing and playing along to his updated version of the traditional New Zealand sea shanty, including Sir Andrew LLoyd Webber, Jimmy Fallon and Elon Musk. But Brian May’s recent video caught his attention and the pair have started exchanging video messages.

Everything happened very fast in January of this year. Nathan started the year as a postman in Airdrie, near Glasgow who posted songs on Tik Tok.

His version of Soon May The Wellerman Come went viral and within a couple of weeks he was trending worldwide. Before the single was even released, Nathan signed a three-album deal with Polydor and the song hit Number 2 on the UK and German pop charts.

On January 31, Brian posted his first tribute version and a new pop superstar friendship was born.

Nathan uploaded a new video thsi weekend with the tagline: “I am honestly so speechless and shocked and excited and every other emotion you can think of.”

It shows him as he sits there stunned and overwhelmed especially when Brian mentions that he’d like Nathan’s “permission” to play along.

His reactions throughout are absolutely priceless and Brian has responded by posting his own response back with another special request.