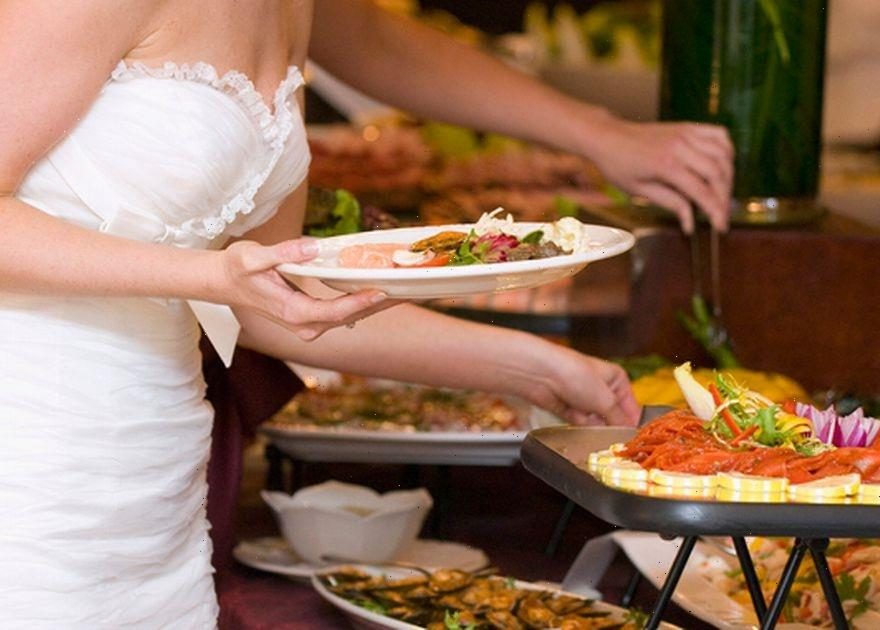 A shocked groom has stunned people after he revealed his bride-to-be wanted to only offer guests nibbles at their wedding – while the newlyweds feasted on roast chicken alone.

The anonymous man revealed his confusion at the idea on Reddit when he revealed his wife-to-be suggested the idea to help them try and cut back on costs.

He said his partner thought the guests could get by simply having a few "finger foods" at the reception such as fruit, assorted cheeses and chicken wings.

But, she said she knows she'll be "hungry" during the day, so suggested her and the groom tuck into a roast chicken with all the trimmings to ensure at least they are well-fed on the happiest day of their lives.

The anonymous groom posted on Reddit: "We're trying to save money where possible for the wedding ceremony, and are using Publix for the catering.

"My wife thinks the guests will be ok just eating finger foods such as fruit/vegetable trays, assorted cheeses, wings, chicken tenders, but she knows she'll be hungry and won't be satisfied with just those.

"She wants just her and I to also have a roast chicken at the table (I think some sides too).

"I think it would be incredibly rude to have an openly much better meal than our guests would have.

"Us tearing apart a full bird while they munch on tenders." He continued: "Conversely I'd be perfectly fine with just the appetizers for everyone, us included.

"The costs for every table to get a roast chicken would put us at like $30 a plate according to her and that's not saving money.

"With every decision we make she justifies them by going 'It's our wedding! It's ours, not anybody else's!'

"She didn't want to have a wide variety of options to cater to others either.

"She only wanted stuff she'd like. I think we'd be total a**holes to go through with her idea. Thoughts?"

The idea has left people in shock, with more than 4,000 people having left comments on the post.

People seem to think you shouldn't go big if you can't afford it, and have dubbed it "rude" for the couple to eat in front of other guests.

One person said: "If you're hungry don't eat publicly when your guests have no food. Also if you're broke, go small."

"Asking a bunch of people to dress up for you, watch you give speeches and dance, and have a fancy dinner, all while they go kick crudites, is just s***ty.

"Are you gonna' turn off the a/c too? Don't be surprised when people leave early." Meanwhile, a third added: "My husband and I had our 'reception' in our backyard.

"We ordered massive sheets of pizza (so much pizza, too much pizza), and everyone brought a side dish.

"We also supplied a bunch of delicious vegan food because we have a lot of vegan friends.

"Everyone really came through. It was all technically 'appetizers', but no one went hungry – there was so much food.

"We were eating leftovers for literally months after.

"I had originally planned on having a taco truck show up at one point, but I'm glad I ended up not booking it because it would have been 100% unnecessary tbh.

"It worked out well, but we definitely would have been a**holes for then just having a roast chicken for ourselves."